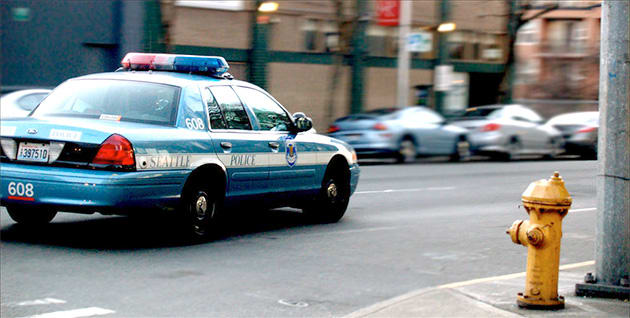 Remember Tim Clemans, the formerly anonymous programmer who requested basically all of the Seattle Police Department's bodycam footage and emails? His data petitioning ultimately led to the launch of a YouTube channel that puts that on-the-go police video front and center, and now he's getting ready to actually start working for the fuzz. It's only on a trial basis for now -- think three months or so -- and he'll be helping the police automatically redact not just video footage, but documents and police reports in a bid to get them disclosed more readily.

That's just the sort of problem that police departments across the US find themselves struggling with. Questions about proper protocol when confronting potential offenders prompted police brass to embrace body cameras en masse, and a recent report into Philadelphia's use of force against criminals found that "more transparency is needed for properly keeping the community informed". Maybe turning to tech-savvy, concerned members of those communities - like Clemans - is the key to demystifying the sometimes arcane world of police operations. Clemans' work has already led to great leaps of openness for the Seattle PD, not to mention earned transparency awards from Washington Coalition of Open Government for both himself and SPD Chief Operating Officer Mike Wagers. Still, he's not exactly bullish on his future there, as he explained to The Stranger.

"I think it would be a miracle if I last long there," he said. "I'm very much an outsider."

We'll see about that - there's plenty of work to be done, and he officially starts on May 6. Someone buy this guy a cup of coffee or something.

Source: The Stranger
In this article: bodycam, camera, police, seattle, tim-clemans, transparency
All products recommended by Engadget are selected by our editorial team, independent of our parent company. Some of our stories include affiliate links. If you buy something through one of these links, we may earn an affiliate commission.