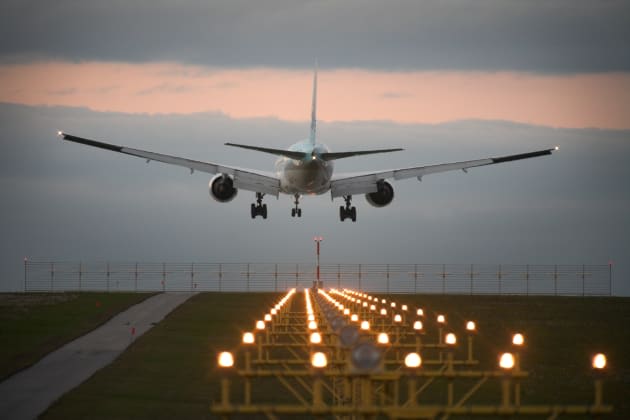 Whoever said "it's the journey, not the destination" obviously lived in a time before air travel. But maybe, just maybe, the Department of Transportation's implementation of the En Route Automation Modernization (ERAM), the "backbone" of the NextGen air-traffic system, could change how we feel about getting on a flight. There are a few things making up ERAM: performance based navigation, automatic dependent surveillance-broadcast (ADS-B) and data comm.

The first is already in place and focuses on saving fuel by having airplanes descend from cruising altitude to the runway with engines running at idle power. ADS-B, on the other hand, swaps traditional radar tracking systems for aircraft with one using satellites; the idea is that it'll provide tracking in places where radar doesn't exist such as the Gulf of Mexico and chunks of Alaska. Data comm is perhaps the simplest as it aims to cut down on radio frequency traffic by establishing direct digital links between air traffic controllers and pilots, something the DoT says is akin to text messaging.

The DoT sees this as being necessary as our skies and airports get more congested, and says ERAM gives it the power to manage and track "nearly double" the flights that it can today. What's in it for you? Apparently this new tech will help get you to your ultimate destination "faster, safer" and while being a smoother flight that uses less fuel. If that trickles down to cheaper flights or fewer delays, count us in.

Source: Department of Transportation, Federal Aviation Administration (1), (2) (YouTube)
In this article: airplane, AirTrafficControl, AirTravel, DepartmentOfTransportation, DOT, enrouteautomationmodernization, ERAM, faa, FederalAviationAdministration, NextGen
All products recommended by Engadget are selected by our editorial team, independent of our parent company. Some of our stories include affiliate links. If you buy something through one of these links, we may earn an affiliate commission.