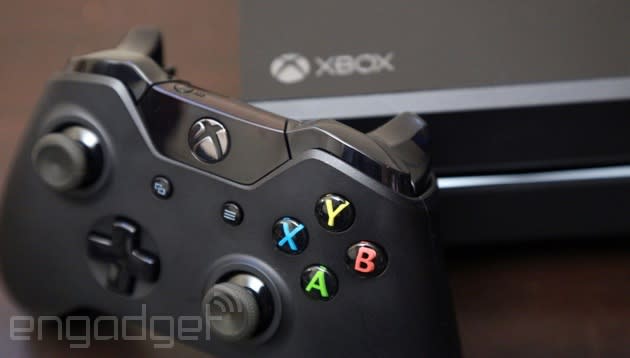 Well, this is kind of surprising: the Xbox One lead console sales last month. I say it's surprising because there wasn't an exclusive game that launched for the system, nor was there a new bundle deal going at the time, either. Regardless, it's good news and something that Redmond hasn't seen in an awfully long time. The company says that domestic sales of the console increased some 63 percent compared to last April while active Xbox Live users on a global scale grew by 24 percent in the same window. Of course, we still don't have hard numbers in terms of sales about the Xbox One, and until the console breaks 20 million sold you can bet that we almost assuredly won't.

What's Sony have to say about it all? That it led software sales for the month (Mortal Kombat X was the top selling game overall) and that it remains the cumulative sales leader in the United States. So there's that.

In this article: gaming, hd, hdpostcross, microsoft, MortalKombat, mortalkombatx, npd, PlayStation, ps4, sales, sony, xbox, XboxOne
All products recommended by Engadget are selected by our editorial team, independent of our parent company. Some of our stories include affiliate links. If you buy something through one of these links, we may earn an affiliate commission.