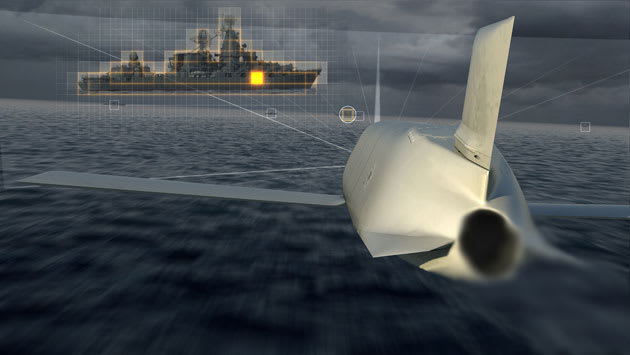 The US Navy may have a robotic ace in the hole when it fights enemy warships in the future. It's planning to put Lockheed Martin's autonomous LRASM (Long Range Anti-Ship Missile) on the F/A-18 Super Hornet by 2019, giving jet fighters a weapon that tracks and wipes out targets mostly or entirely on its own. Most of the missile's details are secret, but it's smart enough to dodge obstacles on the way to vessels as far as 200 nautical miles out -- and that's the unclassified range, which suggests that it's more capable in practice. There are also versions of LRASM in the works that will launch from ships, submarines and other aircraft, so this intelligent projectile could soon be a mainstay of the US military.

Source: DefenceTech
In this article: autonomous, fa-18, lockheedmartin, lrasm, missile, navy, superhornet, usnavy, wargadget
All products recommended by Engadget are selected by our editorial team, independent of our parent company. Some of our stories include affiliate links. If you buy something through one of these links, we may earn an affiliate commission.