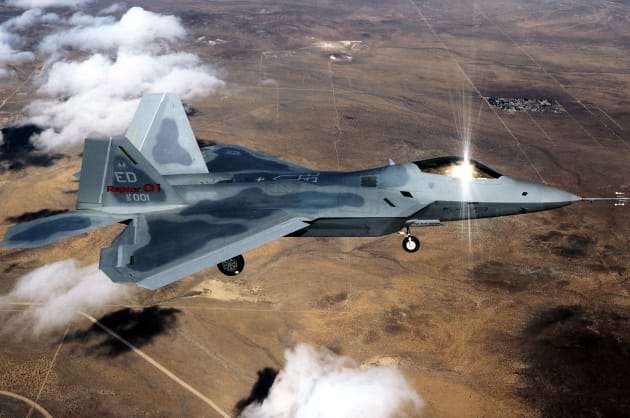 According to Air Force Gen. Hawk Carlisle, a USAF intelligence team with the 361st ISR (Intelligence, Surveillance and Reconnaissance) Group in Hurlburt Field, FL, uncovered a meaty piece of intel during their routine sweeps of Islamic State-related social media accounts. Apparently someone took a selfie outside of a headquarters building and posted it online. Guess what happened next (you read the headline, right?).

The guys that were working down out of Hurlburt, they're combing through social media and they see some moron standing at this command. And in some social media, open forum, bragging about the command and control capabilities for Daesh, ISIL. And these guys go: 'We got an in.' So they do some work, long story short, about 22 hours later through that very building, three JDAMs [Joint Direct Attack Munitions] take that entire building out.

The USAF hasn't released many other details and is specifically keeping the location of the former HQ under wraps. Bottom line, don't post pictures of your secret base in public forums because someone with airstrike capabilities could be reading.

Source: DefenseTech
In this article: ISIL, ISIS, ISR, military, MilitaryIntelligence, SocialMedia, USAF, USAirforce, war
All products recommended by Engadget are selected by our editorial team, independent of our parent company. Some of our stories include affiliate links. If you buy something through one of these links, we may earn an affiliate commission.