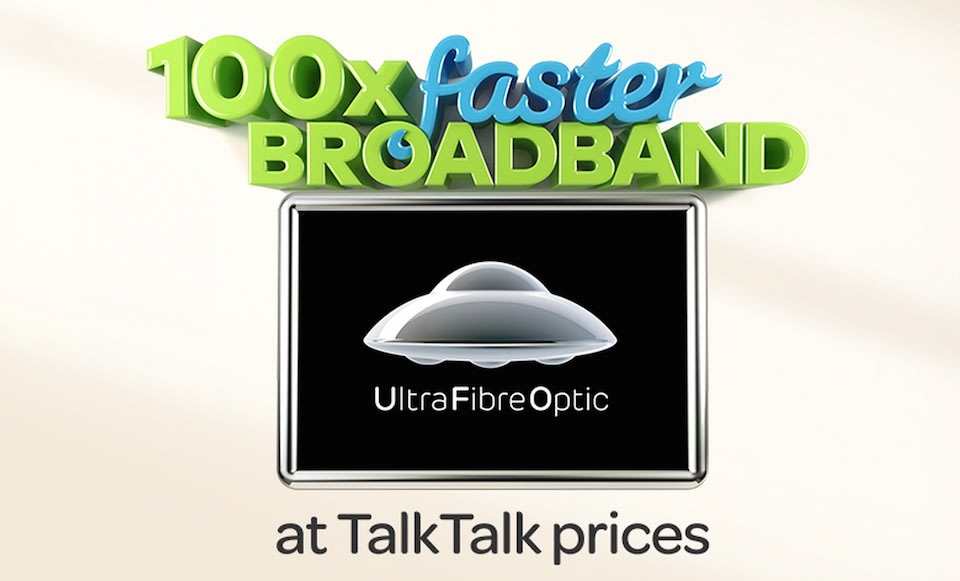 While BT's broadband networks dominate the UK, other ISPs want to avoid giving their rival any more money by creating their own. Just yesterday, Virgin Media announced it had begun installing 152Mbps connections across Manchester as part of a £3 billion UK expansion, but now TalkTalk is going one better with the launch of Ultra Fibre Optic (UFO) broadband in York. Although it's effectively a gigabit service, TalkTalk has steered away from using the term, choosing instead to brand it under the UFO name. Homes and businesses in the city will enjoy up to 940Mbps, which is over six times faster than Virgin Media's current theoretical limit and 12 times quicker than BT's current fibre allocation.

While TalkTalk isn't the first to roll out gigabit speeds in the UK, it is the first to incorporate them into its standard packages. Home packages start at £21.70 a month and £25 per month for businesses -- and that's with line rental included (and no data caps). UFO will come to the Huntington and Groves areas of the city this autumn, but TalkTalk is taking a page from Virgin Media's playbook by letting residents 'vote' for access by submitting their addresses.

TalkTalk's UFO service has been more than a year in the making. In April last year, the company confirmed it had teamed up with Sky and CityFibre to deliver gigabit broadband to York. It suggests that Sky could soon follow up with its own announcement, which may also include additional areas like Basingstoke, giving BT and Virgin Media something to really think about.

Source: Ultra Fibre Optic - TalkTalk
In this article: broadband, bt, gigabit, sky, talktalk, ufo, uk-feature, ultra fibre optic, virgin media
All products recommended by Engadget are selected by our editorial team, independent of our parent company. Some of our stories include affiliate links. If you buy something through one of these links, we may earn an affiliate commission.