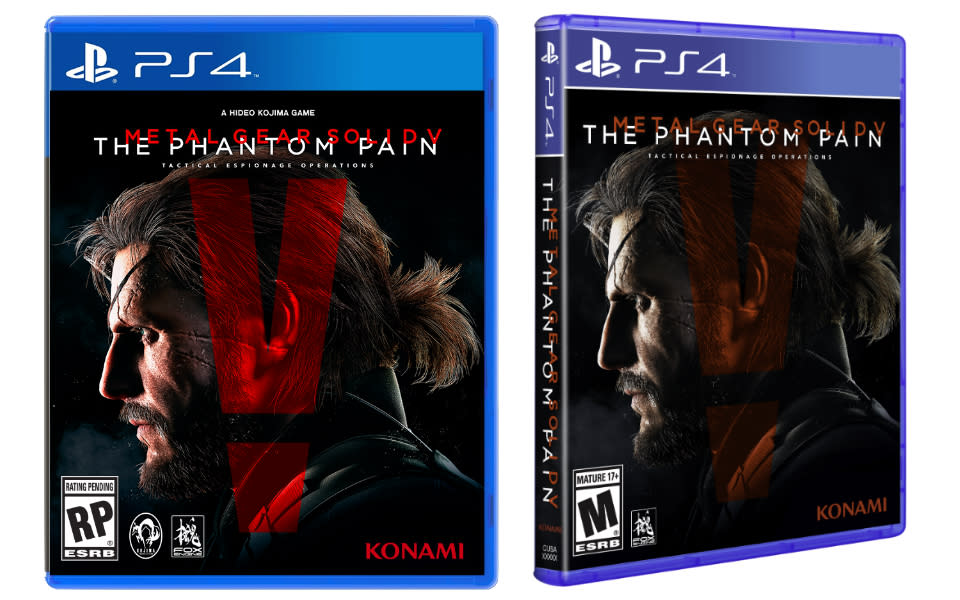 Hideo Kojima revolutionized the stealth video game genre in 1987 with the release of the original Metal Gear, published by Konami. Under Kojima's leadership, the Metal Gear franchise exploded in popularity, and it gained fame as a complex, quirky and endlessly innovative series. However, recent reports suggest that Kojima and Konami will sever ties after the release of Metal Gear Solid V: The Phantom Pain in September. A new series of Phantom Pain box-art images add fuel to this claim: Konami's initial mock-ups included a credit to Kojima, but new official images show the words "A Hideo Kojima Game" have been removed from the top of the box. Plus, the logo for Kojima's studio, Kojima Productions (a subsidiary of Konami), is no longer on the front of the box.

Konami has made a few odd moves in recent months, first with the cancelation of Silent Hills, a much-hyped horror game from Kojima and famed filmmaker Guillermo Del Toro. Konami has also delisted itself from the New York Stock Exchange and pledged to focus heavily on mobile game development. And, of course, rumors of Kojima's departure are a-flying. For a studio that knows stealth, removing Kojima from the Phantom Pain box is a fairly in-your-face move.