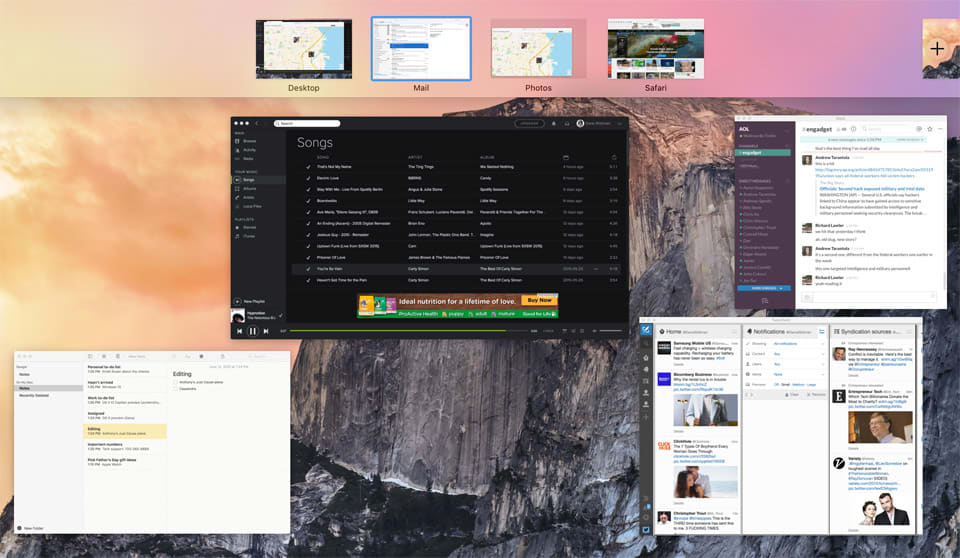 Apple's latest desktop OS upgrade, dubbed "El Capitan," is scheduled to launch on September 30th, Apple announced today. El Capitan is like an update within an update: It's named after a landmark inside of Yosemite (the name of the previous OS version) and it features a series of minor, yet useful, tweaks. El Capitan offers a new split-screen view, changes to email and app management, drag-and-drop options for Notes, and updates to Safari and Maps, among other improvements. We got our hands on the developer build back in June and concluded it was a nice upgrade, if not revolutionary: "There simply is no killer feature this time around. But as minor as some of them may seem, they're all at the very least nice to have, and in many cases genuinely useful." 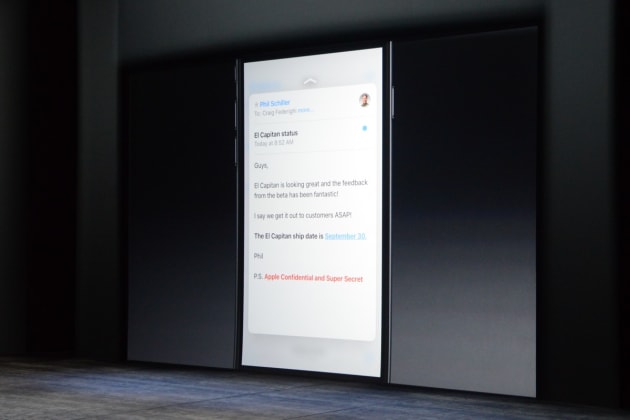 Source: Apple
In this article: apple, ElCapitan, iphone2015, OSX, osxelcapitan
All products recommended by Engadget are selected by our editorial team, independent of our parent company. Some of our stories include affiliate links. If you buy something through one of these links, we may earn an affiliate commission.