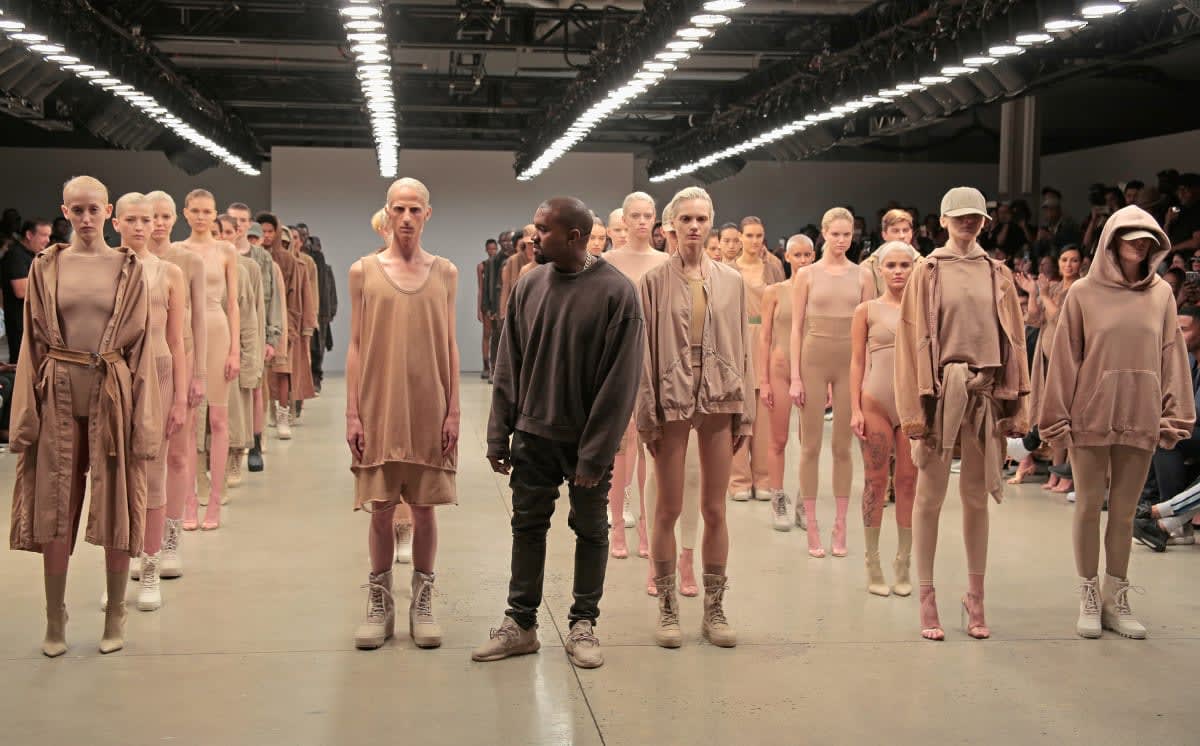 Kanye West has a way with words. He's not known for often, if ever, holding back on whatever thoughts cross his mind. In a recent episode of Keeping Up with the Kardashians, the musician-turned-self-proclaimed-designer had an interesting thing to say about 3D printers: He believes they will ruin the fashion industry. During a visit to the Tumo Centre for Creative Technologies in Yerevan, Armenia, Kanye was shown a 3D printer and said, "This is what I'm afraid of here, 3D printing, because the internet destroyed the music industry and now this is what we're afraid of right now with the textile industry." The school guide tried to defend the machine by telling him it doesn't print designs on its own, pointing out that you need someone to bring those to life in the first place. "Yeah. What I'm saying [is] there will come a time where it's, like, people are making the shoes at home," he replied.

Kanye's point is interesting given that established designers like Karl Lagerfeld, the creative director of Chanel, used 3D printing to make one of the brand's fall 2015 women's suits -- which was described by The New York Times as "a little bit futuristic." Not just that, but instead of focusing on how these types of tools can also help up-and-coming designers (who don't have the backing of a major company like Adidas, as he does), Kanye seems to be worried about people only using them to create counterfeits and knockoffs. It's an understandable concern, sure, however that's been a problem since before consumer-grade 3D printers even existed.

There's an excerpt from the episode over at Gawker, if you're interested in watching it.

Via: Complex
Source: Gawker
In this article: 3DPrinter, 3DPrinters, 3DPrinting, Fashion, hdpostcross, Kanye, KanyeKardashian, KanyeWest, KeepingUpWithTheKardashians, Yeezus
All products recommended by Engadget are selected by our editorial team, independent of our parent company. Some of our stories include affiliate links. If you buy something through one of these links, we may earn an affiliate commission.