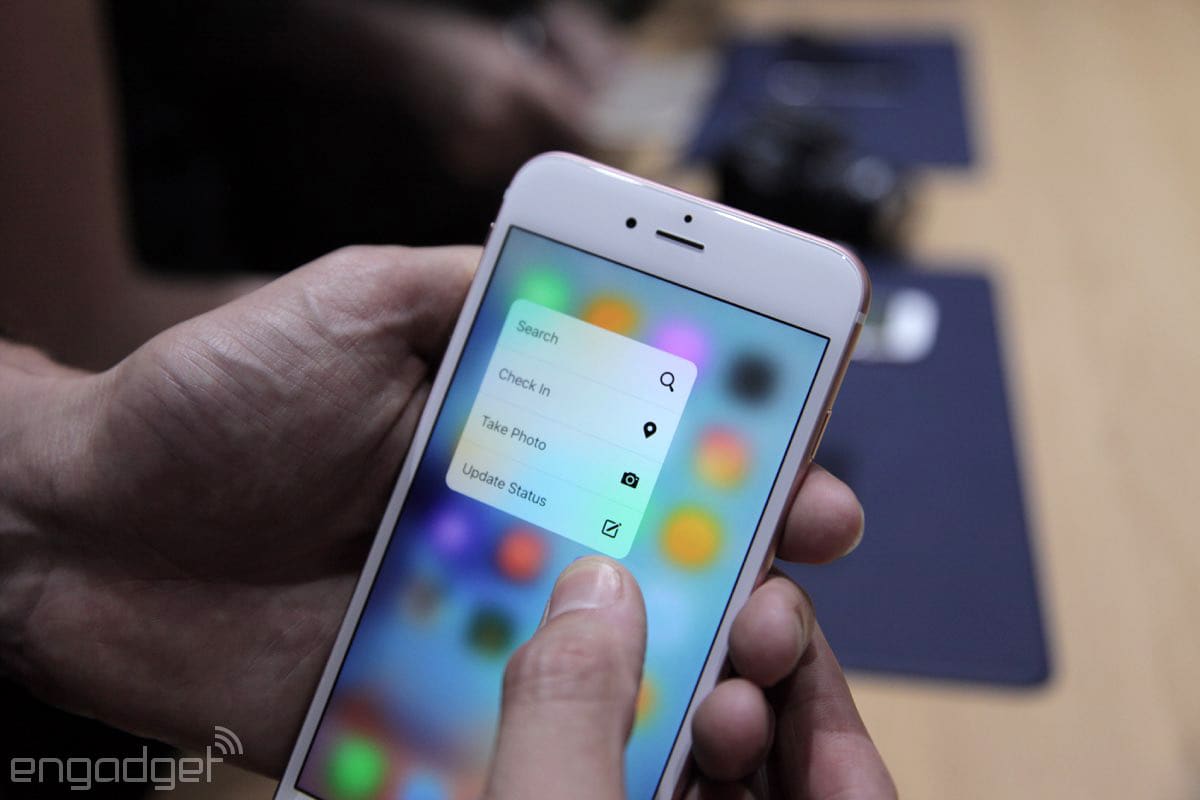 Right now, the only way to get a pressure-sensitive screen in a smartphone is to snag an iPhone 6s or wait patiently for the Force Touch version of Huawei's Mate S. You won't have to be quite so picky in the near future, though: Synaptics has unveiled ClearForce technology that brings pressure sensitivity to many phones (read: Android). The tech enables the kind of finger-savvy features you've already seen in the iPhone and Mate S, such as contextual menus and photo zooming, as well as extra tricks like scrolling and choosing special keyboard characters. Synaptics isn't saying just which phone makers like the concept, but "leading" brands should launch their ClearForce devices sometime in the first quarter of 2016.

Via: 9to5Google
Source: Synaptics
In this article: android, clearforce, display, forcesensing, mobilepostcross, PressureSensitive, smartphone, synaptics, touchscreen
All products recommended by Engadget are selected by our editorial team, independent of our parent company. Some of our stories include affiliate links. If you buy something through one of these links, we may earn an affiliate commission.