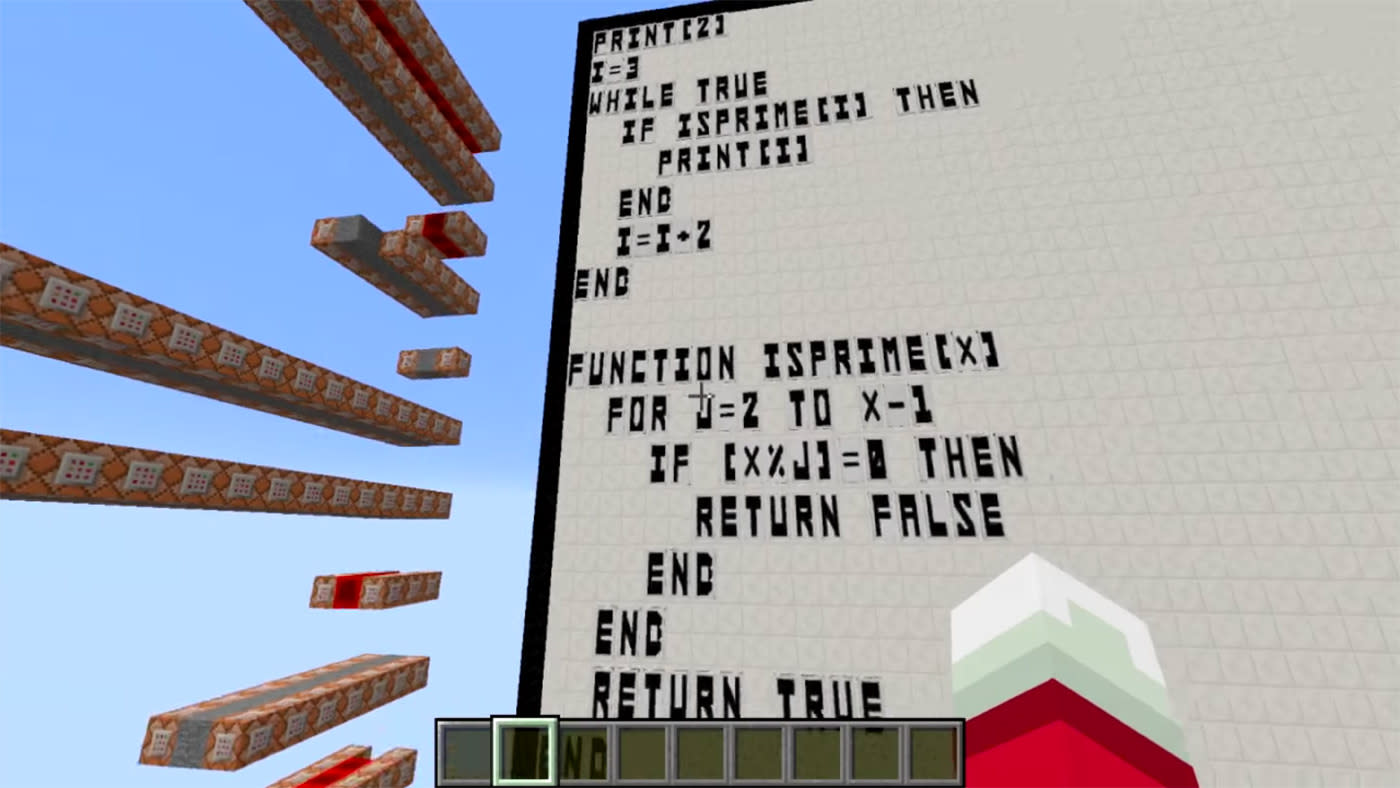 You may have seen Minecraft used to teach programming or even mods that allow some in-game programming, but writing BASIC code inside Minecraft? That's virtually unheard of... until now. SethBling has developed a BASIC interpreter that lets you compile and run simple programs and scripts within Mojang's world-building game. It boils down to using many, many command blocks, but it really works. You can not only print text, but have in-game robots ("turtles") perform tasks. Need to dig a long tunnel? Just start a digging script and let the bot do all the hard work.

Suffice it to say that you won't be writing elaborate software in a game world that was never meant for it. Code is inherently slow due to Minecraft's 20Hz operation clock (you can never perform more than 20 commands per second), and it bogs down the more you use it. However, you won't have to spend weeks recreating the interpreter yourself -- SethBling has posted the necessary material, so it's just a matter of installing the add-on and brushing up on your IF/THEN statements.

In this article: basic, code, games, gaming, minecraft, mojang, personal computing, personalcomputing, programming, video
All products recommended by Engadget are selected by our editorial team, independent of our parent company. Some of our stories include affiliate links. If you buy something through one of these links, we may earn an affiliate commission.