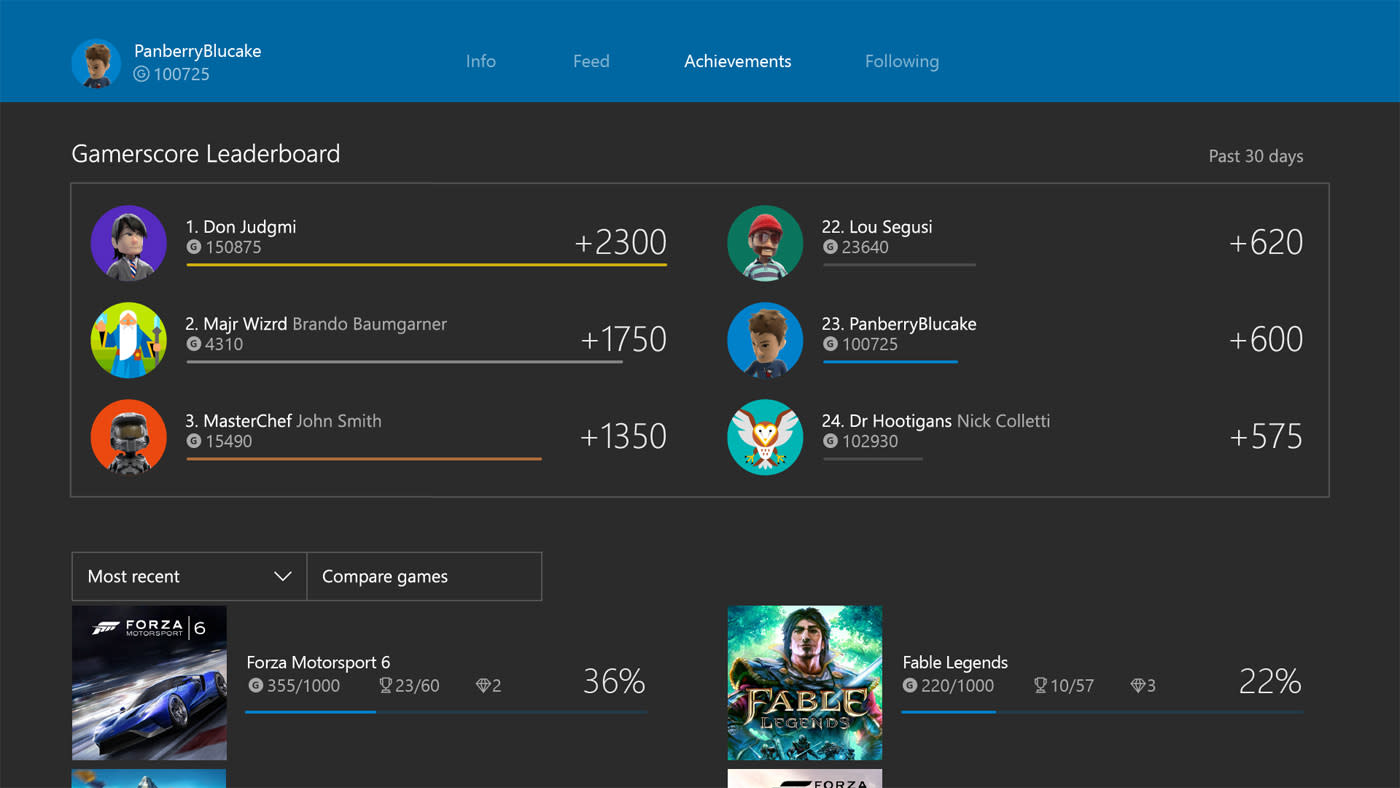 After a holiday break, Microsoft is back to trotting out Xbox One software upgrades... and the next one is a doozy. The impending February update will introduce a smarter home screen that lets you rearrange pins and update your activity feed whenever there's something new. Also, it's much better if you're particularly competitive -- there's a Gamerscore leaderboard that lets you know whether you're the top achievement hunter among your friends.

There's more. It's now easy to join a friend's Twitch stream from a game's hub or tile. You'll also know who's in the party you're joining, get better friend suggestions and have the option to hide content you no longer want to install. Microsoft is teasing a few features shared in common with the Xbox app on PCs and phones, too -- there's a newly integrated Avatar Store and an Xbox news hub.

Want an advance look? The February update is available now on the Xbox One for preview program users, and the Xbox beta apps will get their new features next week. Microsoft hasn't said exactly when everyday gamers will get the update (besides February, of course), but you shouldn't have too much longer to wait.

In this article: av, console, dashboard, games, gaming, leaderboard, microsoft, mobile, smartphone, videogames, windows10, xbox, xboxone
All products recommended by Engadget are selected by our editorial team, independent of our parent company. Some of our stories include affiliate links. If you buy something through one of these links, we may earn an affiliate commission.