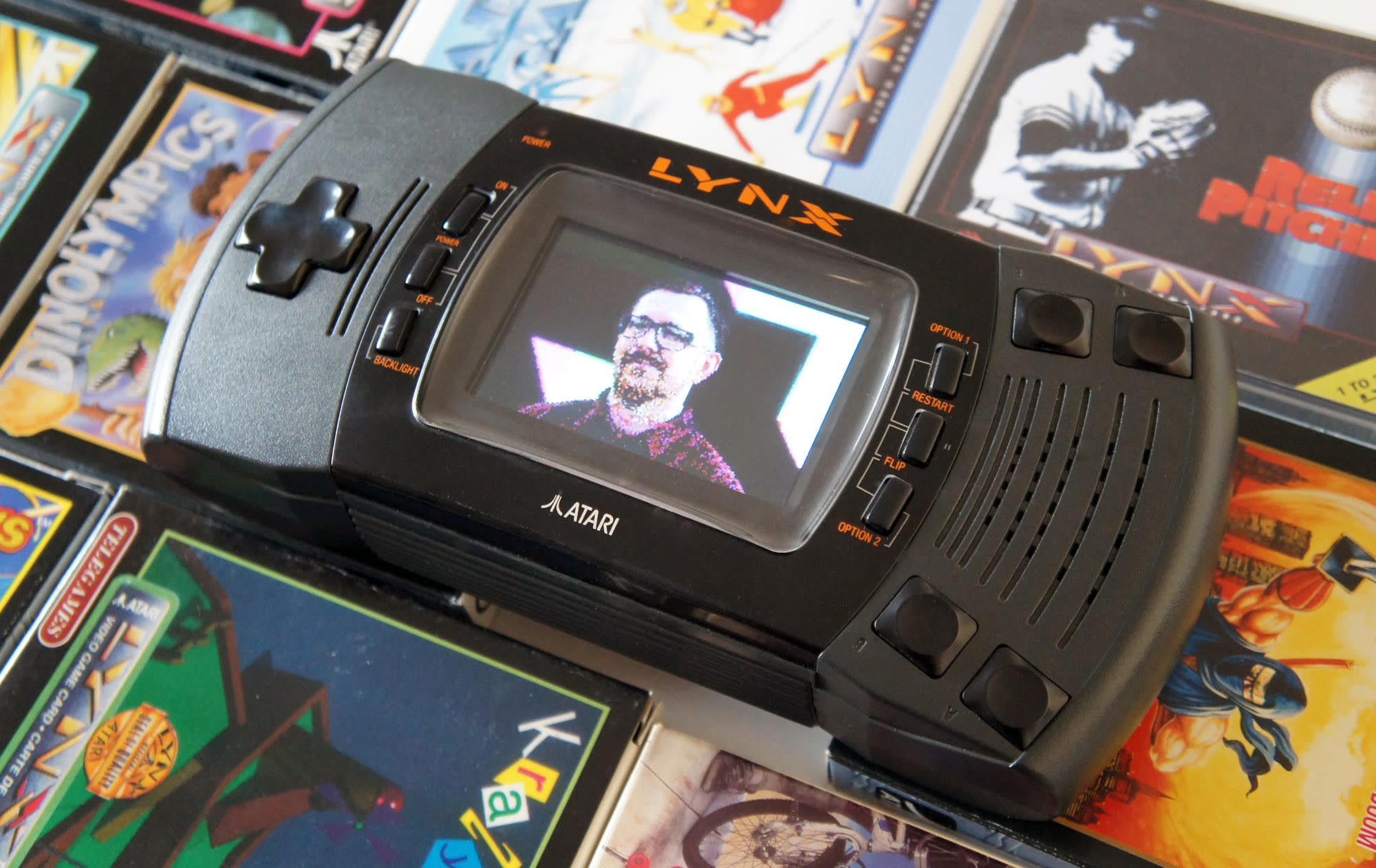 Atari Lynx: A romance of high scores and low batteries

Money can't buy you love, but it can buy you a sweet retro handheld.

Like most tween crushes, the attraction was instant and overwhelming. I remember the first time I set eyes on the Atari Lynx as if it were yesterday. It was perched on a shelf, center stage, behind a huge pane of glass -- a window display in a branch of Dixons on Park Street, Bristol. There it sat, so near, yet (at about about £85, or $100) so financially far. The Lynx didn't know I existed, even though I was just a few feet away. In my preteen mind it felt unfair. My situation felt hopeless, which of course only fanned the flames of my forbidden desire.

Weeks turned into months, and my life remained Lynx-less. The nearest I came was the occasional furtive glance in the pages of Computer and Video Games magazine (and its GO! supplement), but that just made me want it even more. Until one Christmas morning, there it was, waiting for me under the tree. My life felt complete. We became inseparable. We learned each other's every nuance. I preferred Cherry Coke to regular, and the Lynx liked emptying batteries and being too big to fit into pockets. No matter: If I held it right (tipping it away from myself at an angle), we could eke out a few more precious moments of California Games (surfing, especially) before the batteries died. I also bought jeans with much bigger pockets. When you love something, you make it work.

Our relationship wasn't easy; other people frowned on it. Most people considered Nintendo's Game Boy to be the social norm. As is all too often the way, simpler minds were wooed by Game Boy's (relatively) slimline form and promiscuous approach to games (over 1,000, according to this list; the Lynx had 72). Just one other friend of mine understood, appreciating the complexities of Atari's pioneering color handheld (16-bit graphics, 4,096 colors, a clever "left-hand" mode and portable -- phwoar!). That meant we could enjoy double dates: His Lynx I and my Lynx II could talk (via a ComLynx cable) while we enjoyed two-player California Games (surfing, especially).

I'm not sure what happened, but over time we drifted apart. My humble income (£2 a week for pocket money) wasn't enough to provide new games for it, and the relationship got stale. Also, I'll admit, I made some poor choices with the games I did have. Electrocop was a 3D shoot-'em-up that looked fantastic but didn't deliver on gameplay (it had great music, though). Robotron 2084 was a faithful adaptation of an arcade game but wasn't for me. Eventually it was time to move on and bid good riddance to that infuriating "Insert Game" message. (The Lynx won't turn on without a game in it, so if you're seeing that message, it means you're going to have to blow in the cartridge slot or clean the game's pins.)

Fast-forward to 2014. I should be Christmas shopping for my family. I'm not. I'm making a "best offer" on a fairly shabby-looking Atari Lynx II on eBay. My offer is a good deal lower than what the seller is asking. I'm just lowballing, killing time, remembering my high-school romance and avoiding my festive commitments. One problem: The seller accepts my offer. Like drunk texting your ex, a spur-of-the-moment decision throws me and the Atari Lynx back together.

I'd like to say it had aged well. It had not. The display was faint and missing many pixels. The buttons were slack and the battery cover loose. But it was still the good old Lynx I remembered. I fired up California Games (surfing, especially) and got a sudden shot of nostalgia. It seemed a lot more limited than I remembered but fun nonetheless. Never mind, this encounter was going to be a fling for old time's sake, a walk down memory lane -- and then we'd go our separate ways. Or so I thought. Instead it revealed a connection I'd not had with any console since. This was something raw, real and pure that intoxicated me all over again. So I decided to commit and go all the way.

A year and a bit later and we're as happy as ever. In fact, happier. Having more disposable income means I don't have to pick and choose the games. I own them all. I've also gotten to know the real Lynx (and its colorful, if ill-fated, story). For example, it's rumored that Atari designed its next (and last) console, the Jaguar, to connect with the Lynx, so you could use it as a controller with a screen -- decades before the Wii U did the same trick.

I mentioned it didn't age well, but it's not shy of a little modernization. Much like how 80's hair looked good at the time but appears dated now, my Lynx has a new, modern LCD, created by AtariAge user McWill -- complete with VGA out. (It's OK, purists, I have an un-modded Lynx too.) And sure, while the Lynx's dancing days are definitely over, there's still plenty of fight left in the beast -- even a few newish games. Plus, there's a die-hard community that keeps the dream alive, and I, for one, can't wait for the release of Wyvern Tales -- an RPG for the Lynx after 25 years without one!

Some might say that I'm crazy. Nostalgia has rotted my brain. I could have just downloaded an emulator, had my fun and moved on. These people don't understand the joy and reward of committed relationships. The importance of connecting with something real. I'm still learning new things about the Lynx today (stories, weird game and cartridge variations to find). Then there's the tactile feel and smell of hardware that connects you directly to a happy time. Every time. Atari Lynx, I'm sorry I ever doubted you. (Except for that creepy Malibu Bikini Volleyball intro.)