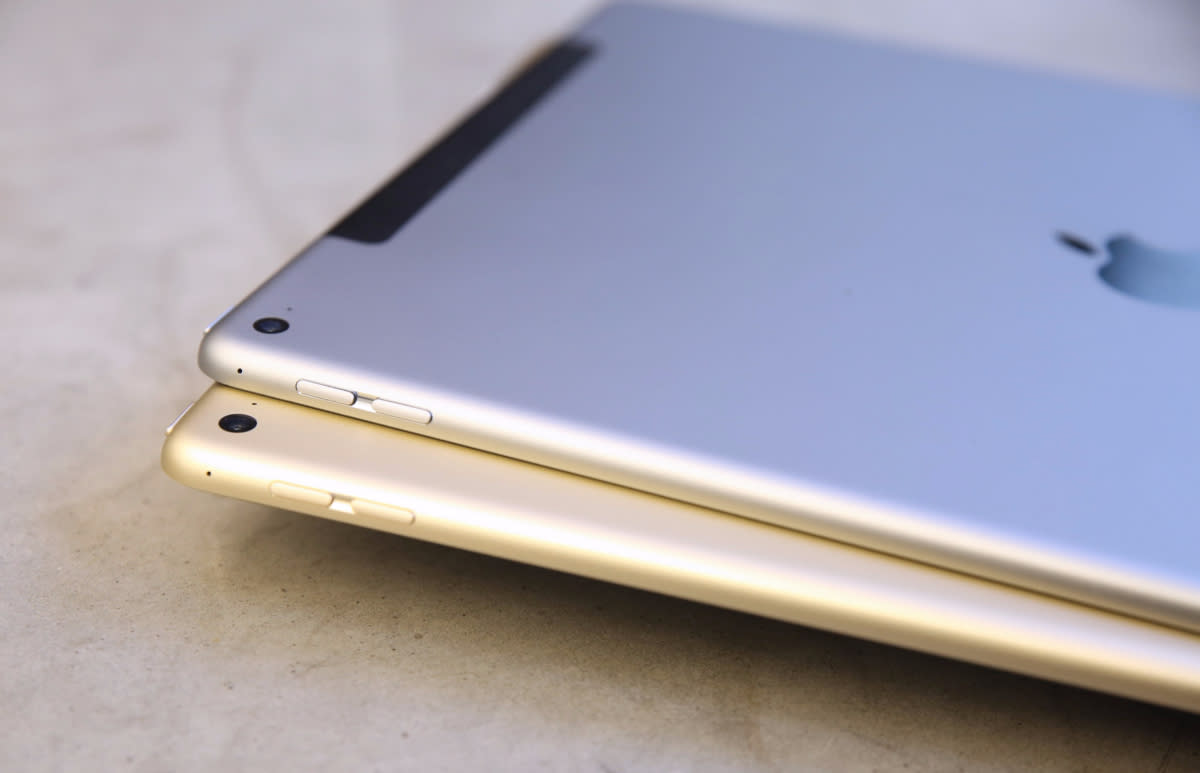 The Apple rumor mill has been in full swing over the last month or so, with as-yet-unconfirmed March 15th event that's said to introduce a new 4-inch iPhone and the iPad Air 3. Those rumors are getting a little more concrete today, as 9to5Mac's Marc Gurman is saying that both of those products will go on sale on March 18th -- the Friday after the rumored event. Gurman's been posting reports about this event and what we might see for weeks now, and this just appears to be further evidence that the company's March plans are solidified. Of course, nothing's official yet, but Gurman's track record suggests these will be the big product introductions Apple has on tap.

The 4-inch iPhone is supposedly dubbed the iPhone 5se (special edition) and will combine the hardware guts of the iPhone 6 (including Apple Pay) with a modified body that is still more reminiscent of the iPhone 5s than the iPhone 6 and 6s. As for the iPad Air 3, it'll keep the 9.7-inch screen the line is known for but may borrow some tricks from the iPad Pro, including its speaker arrangement and Apple Pencil support.

It sounds like these products will launch without the typical pre-order period that Apple typically offers, which is a little bit unusual for the company. But these products will certainly launch with less hype and fanfare than the flagship iPhones typically do, so perhaps the company doesn't expect sales to be so overwhelming as to warrant a preorder period. Regardless of those plans, mid-March is coming up fast -- Apple should be sending out invites for this event very soon if it's going to happen.

In this article: apple, gear, ipad, ipadair, ipadair3, iphone, iphone5se, mobile
All products recommended by Engadget are selected by our editorial team, independent of our parent company. Some of our stories include affiliate links. If you buy something through one of these links, we may earn an affiliate commission.