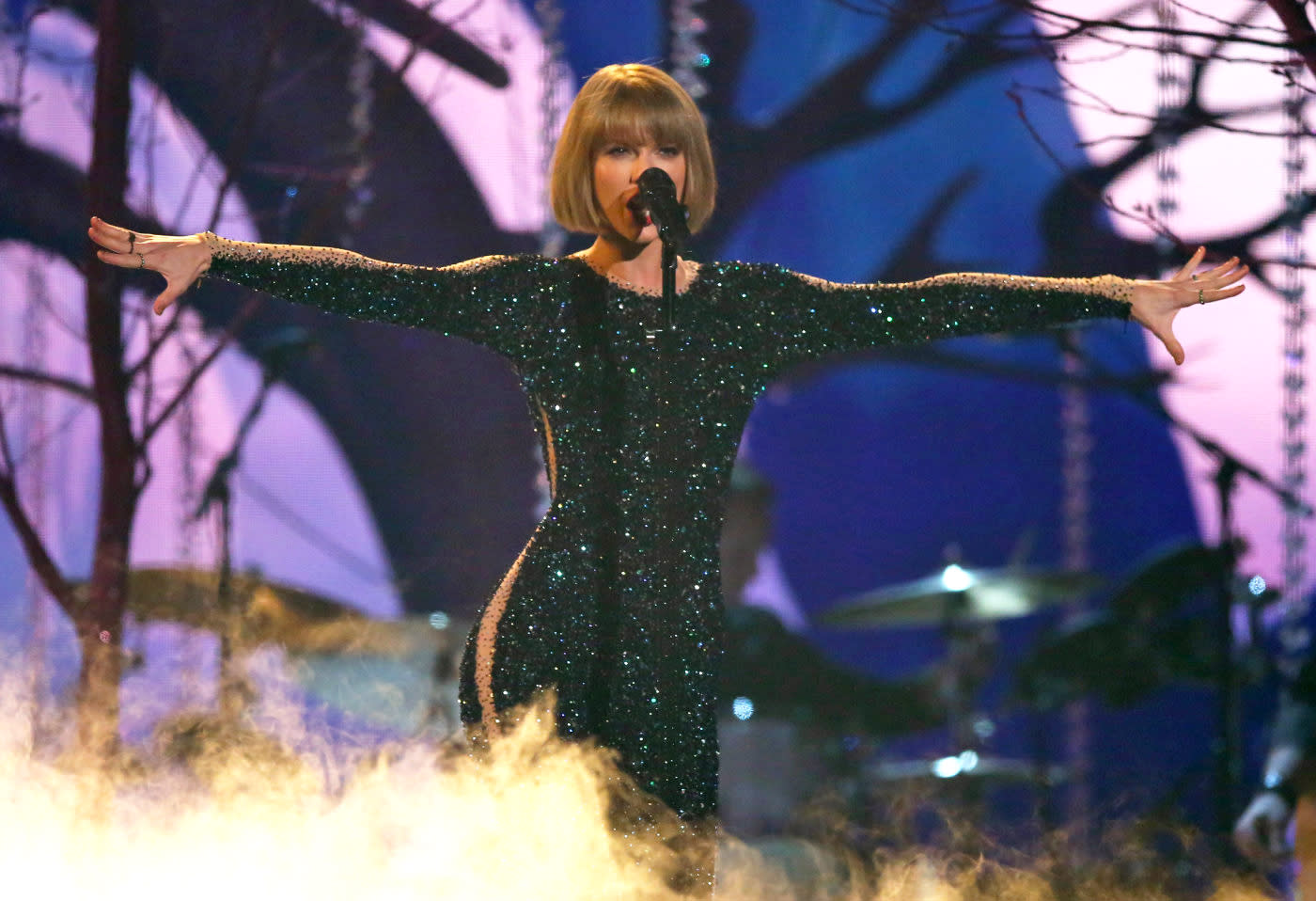 Last night's Grammy awards not only saw Taylor Swift verbally subtweet Kanye West during her acceptance speech for Album of the Year, but also a record number of folks watching music's grand gala via the CBS All Access app. The streaming application saw a 247 percent increase in time spent watching and an upswing of 192 percent more unique users compared to last year's show -- both are apparently double digit increases since 2015. On top of all that, CBS says that yesterday was its single biggest sign-up day for All Access' premium streaming service. Of course, the network didn't release hard numbers so it's anyone's guess regarding what those increases actually amount to.

Regardless of that, what probably helped boost those figures this time out was the app's availability on a larger number of devices versus 2015. You know, the gizmos you'd expect to stream from that previously weren't available like the Apple TV, Chromecast and Roku. Those record-setting numbers do have a downside though: There were more than a few people tweeting last night that streams were shoddy and inconsistent, if video was available (or worth watching) at all. At least CBS has about a year to get the app ready before it's crashed by Star Trek fans, right?

A service that costs $6, only to get this lousy message. Thanks for nothing, @CBS #CBSAllAccess #GRAMMYs pic.twitter.com/Bm2qkrhEtm

In this article: allaccess, av, cbs, cbsallaccess, entertainment, grammys, grammys2016, hd, music, streaming, streamingvideo, video
All products recommended by Engadget are selected by our editorial team, independent of our parent company. Some of our stories include affiliate links. If you buy something through one of these links, we may earn an affiliate commission.