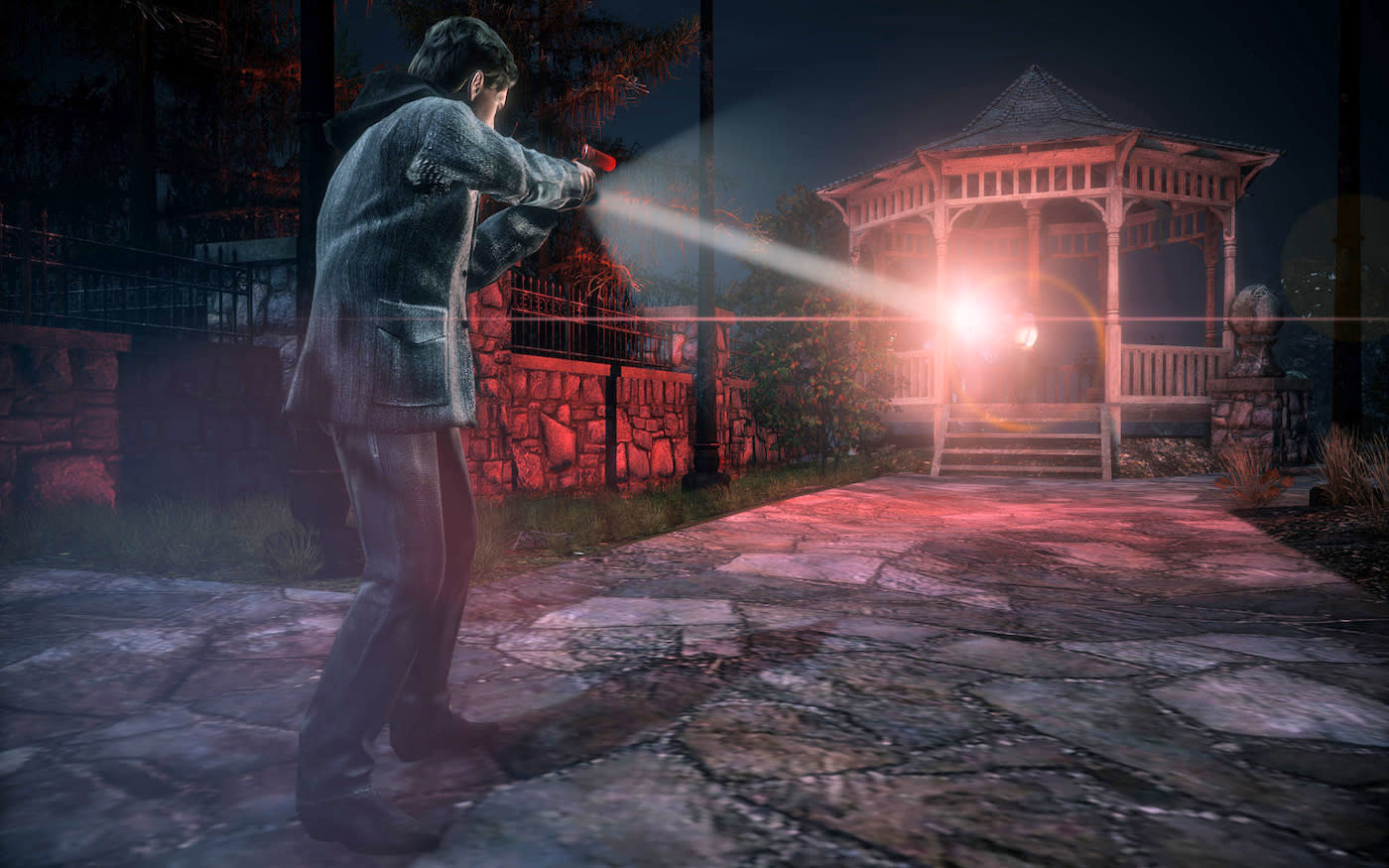 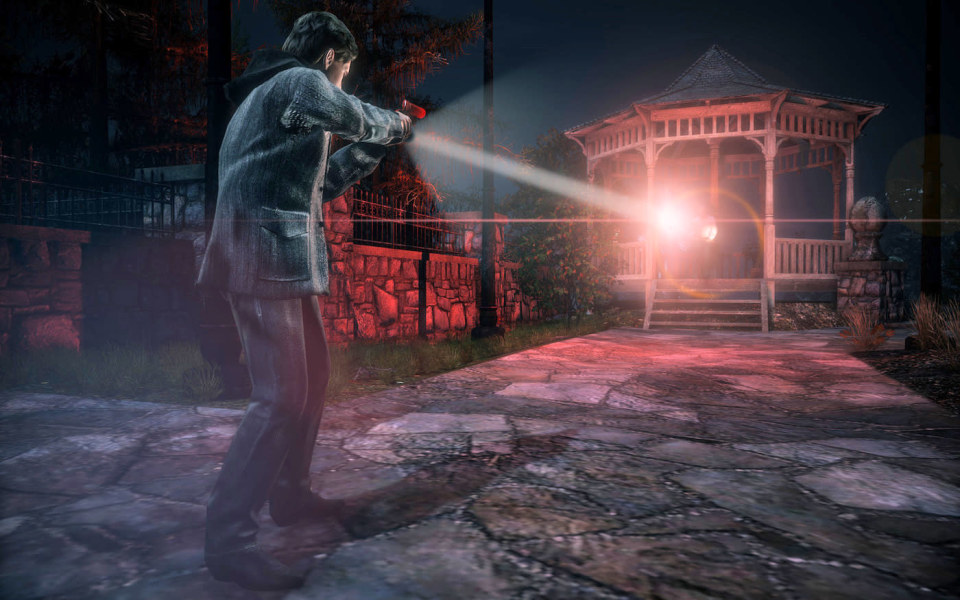 Oh boy, Remedy Entertainment really loves to tease us. The Finnish game developer has hinted once more at a return for Alan Wake through a fictional trailer buried inside its upcoming thriller Quantum Break. As Polygon reports, during an early chapter protagonist Jack Joyce visits Riverport University, and as the player you have the option to explore the campus before heading to the physics department. If you go inside a tent pitched by a protesting student you'll be rewarded with a short video, shown on a flatscreen television, for a live-action adaptation of Alan Wake. Based on Polygon's account, it's a typically cryptic glimpse at the novelist's universe. We see Wake in a dense forest, eyes open, while a narrator explains that he's been gone for five years. Two detectives are introduced, one of which is Remedy's creative director Sam Lake, before Wake explains the power of "dark matter" and "dark energy" in our world. The trapped author is shown with a full beard, followed by a shot of Lake with the name "Alex Casey" scrawled underneath. Finally, Wake is seen standing over Casey's body, a knife in his hand and a look of terror etched on his face.

The kicker? The word "Return" is shown as a title card at the end. Remedy recently applied to trademark "Alan Wake's Return," hinting at a possible sequel to the franchise. Return has also been referenced on multiple occasions in previous Alan Wake games; as a manuscript at the end of the second DLC chapter, and in the credits of the downloadable title Alan Wake's American Nightmare. Was the trademark simply a reference to Quantum Break, and a possible series of in-game clips that appear throughout the campaign? Or does it suggest something more? Remedy hasn't commented on the trademark, so for now we can only speculate.

What is clear, however, is Remedy's intent to drum up interest in the Alan Wake franchise. Preview coverage has revealed a bevy of Alan Wake easter eggs dotted throughout Quantum Break's time-stopping escapades. Every copy of the game also comes with the original Alan Wake adventure -- bundled through the magic of Xbox One backwards compatibility -- along with American Nightmare for those who decide to pre-order.

Early press coverage of Quantum Break has also revealed that the game won't include its live-action TV episodes on the disc. Instead, you'll have have to stream them to your Xbox One or PC. For those with a creaky internet connection, this could be a problem, but Remedy says it was necessary in order to make room for the rest of the game. Quantum Break has a branching narrative, so multiple versions of each episode were recorded. With so many paths -- 40 total, according to narrative designer Greg Louden -- it wasn't possible to put everything in a physical package.

If you need a reminder, Quantum Break will be hitting store shelves for Xbox One and PC on April 5th. If nothing else, it's seriously ambitious.

In this article: av, gaming, microsoft
All products recommended by Engadget are selected by our editorial team, independent of our parent company. Some of our stories include affiliate links. If you buy something through one of these links, we may earn an affiliate commission.