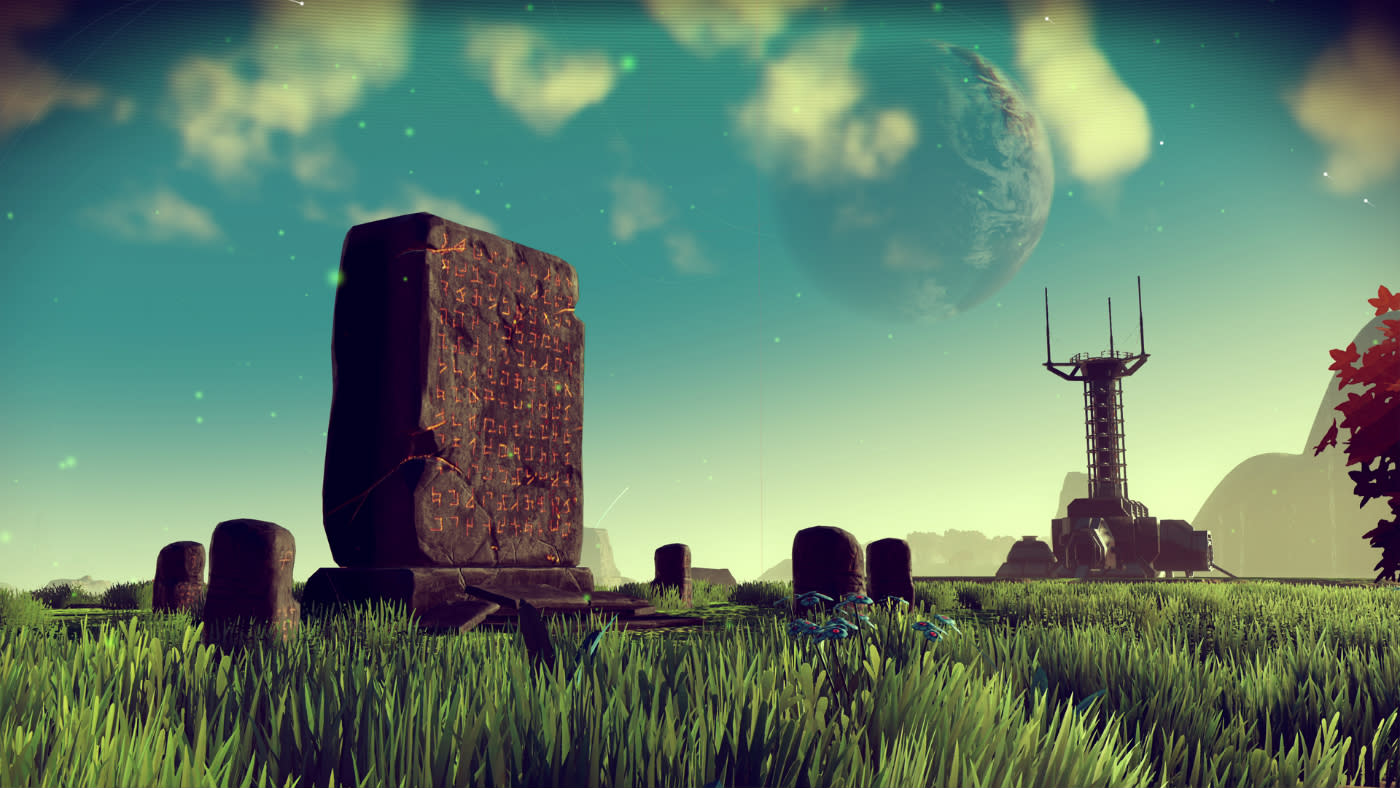 No Man's Sky, the stylish space-exploration game that's roughly as big as the actual universe, will reach PlayStation 4 and PC on June 21st (June 24th in the UK), and pre-orders are live today. It even gets a physical Blu-ray edition on PS4. No Man's Sky is an independent title built by a team of 10 or so developers at Hello Games -- but it's absolutely massive, innovative and highly anticipated, which are a few reasons it'll cost a full $60 (£40 on PC and £50 on PS4). There's also a $150 "Explorer's Edition" courtesy of iam8bit, along with a slew of other game-related goodies.

$60 is the standard price of a blockbuster game like Call of Duty or Star Wars: Battlefront, and No Man's Sky promises at least as much replay value as those titles. It has 18 quintillion unique planets to explore, after all. Plus, No Man's Sky has a better name than most AAA games, according to creator Sean Murray.

"The thing I was really going for was something that felt like it could be the name of a book or an album or a band, or something like that," Murray tells Engadget. "Because games -- games are all just called the same thing."

"They all blend into one, and there's almost a formula and you can just generate them," he continues. "I find all of them a little bit embarrassing to say out loud.... And I don't feel that way about games. I'm super proud of them."

Early in development, Murray had to fight to call this game No Man's Sky. The Hello Games team has a system for choosing names: Write ideas on a whiteboard and cross out the ones no one likes until there's a clear favorite. No Man's Sky was almost called Voyager, White Space or Horizon, to name a few rejected options. Even Sony warned against naming it No Man's Sky, largely because of Twitter. The name wouldn't go over well in hashtags, the company argued.

"We were told by so many people, by people at Sony and stuff, 'Do not call it No Man's Sky,'" Murray says. "Do not have anything with an apostrophe in it because, they were like, that will kill Twitter."

Murray glances over at the Sony PR person sitting just across the room. He drops his voice to a faux-whisper. "We trended on Twitter for three days straight. Take that."

In this article: av, gaming, HelloGames, microsoft, nomanssky, personal computing, personalcomputing, ps4, ReleaseDate, SeanMurray, sony, windows
All products recommended by Engadget are selected by our editorial team, independent of our parent company. Some of our stories include affiliate links. If you buy something through one of these links, we may earn an affiliate commission.