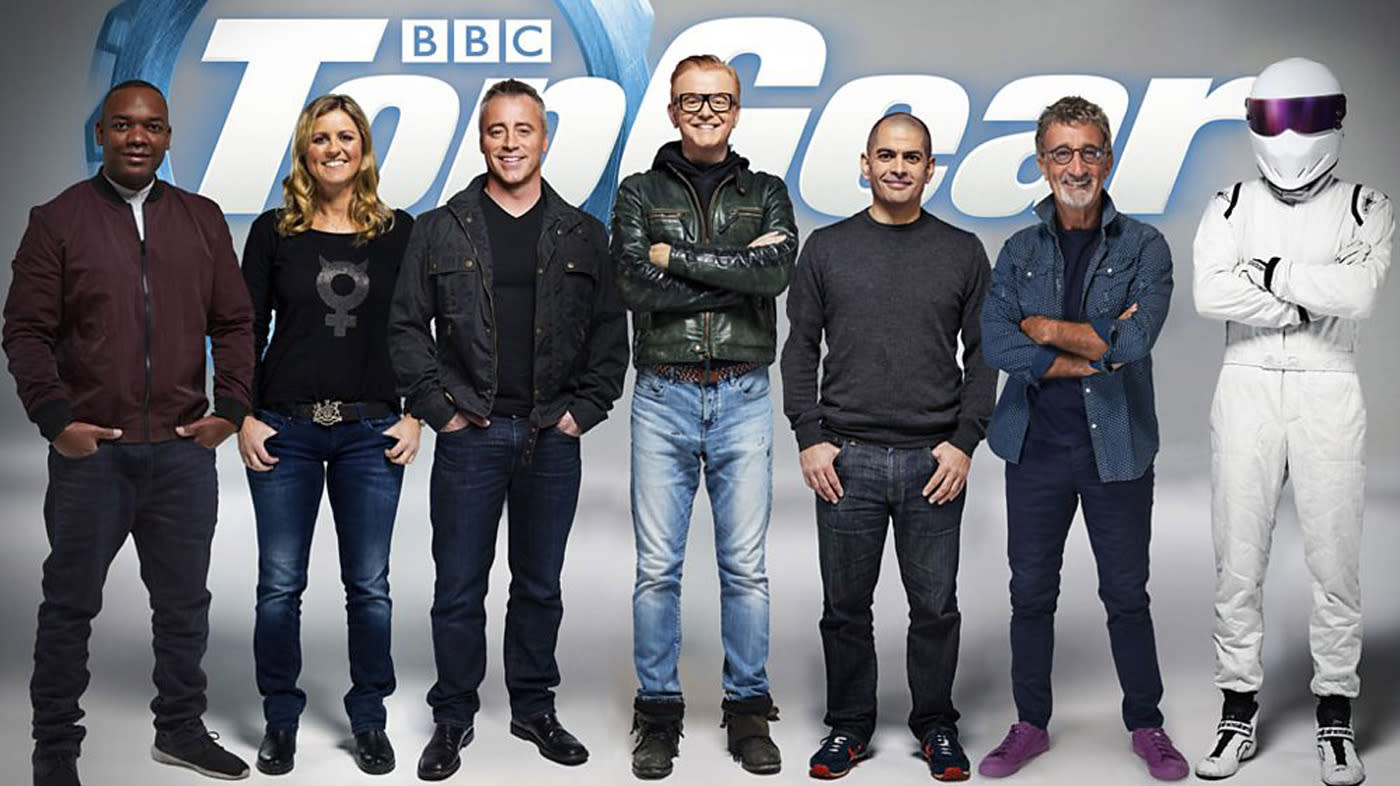 If Amazon is to be the home of new, new Top Gear, then it's only fitting Netflix gets its hands on new, old Top Gear, right? The Guardian reports that Netflix is "in the early stages" of discussing a deal with the BBC for certain streaming rights to the Top Gear reboot, which'll be hosted by a six-strong team that includes Chris Evans, motorsport veteran Eddie Jordan and Joey from Friends.

We have no idea what the terms might be at this point, of course. Netflix could become an exclusive streaming partner of sorts, or hold rights in countries where the BBC has exhausted other syndication options. Netflix may even serve as an archive for new Top Gear episodes in the UK once the clock runs out on the 30-day iPlayer catch-up window. But with the BBC planning to launch a subscription streaming service in the US at some point this year, who knows what structure a deal with Netflix might look like.

It's easy to paint this rumour as Netflix wanting to give Amazon the middle finger. After all, Netflix was said to be interested in Jeremy Clarkson, Richard Hammond and James May for an in-house motoring show after Clarkson's fist sparked the implosion of Top Gear as we knew it. But it was Amazon that ended up splashing the cash -- far too much of it, according to one Netflix exec -- to secure the trio for an as-yet unnamed spiritual successor.

We'd be way, way more surprised to hear that Netflix wasn't having some form of dialogue with the BBC, however, since the two have a long-standing working relationship. You'll find many a season of pre-punch Top Gear available on the streaming service, for instance, not to mention numerous other examples of content deals the pair have struck. Netflix keeps a beady eye on many high-profile UK shows, in fact, such as Channel 4's Black Mirror, which is to become a Netflix Original in its third series.

In this article: amazon, av, bbc, entertainment, netflix, services, topgear
All products recommended by Engadget are selected by our editorial team, independent of our parent company. Some of our stories include affiliate links. If you buy something through one of these links, we may earn an affiliate commission.