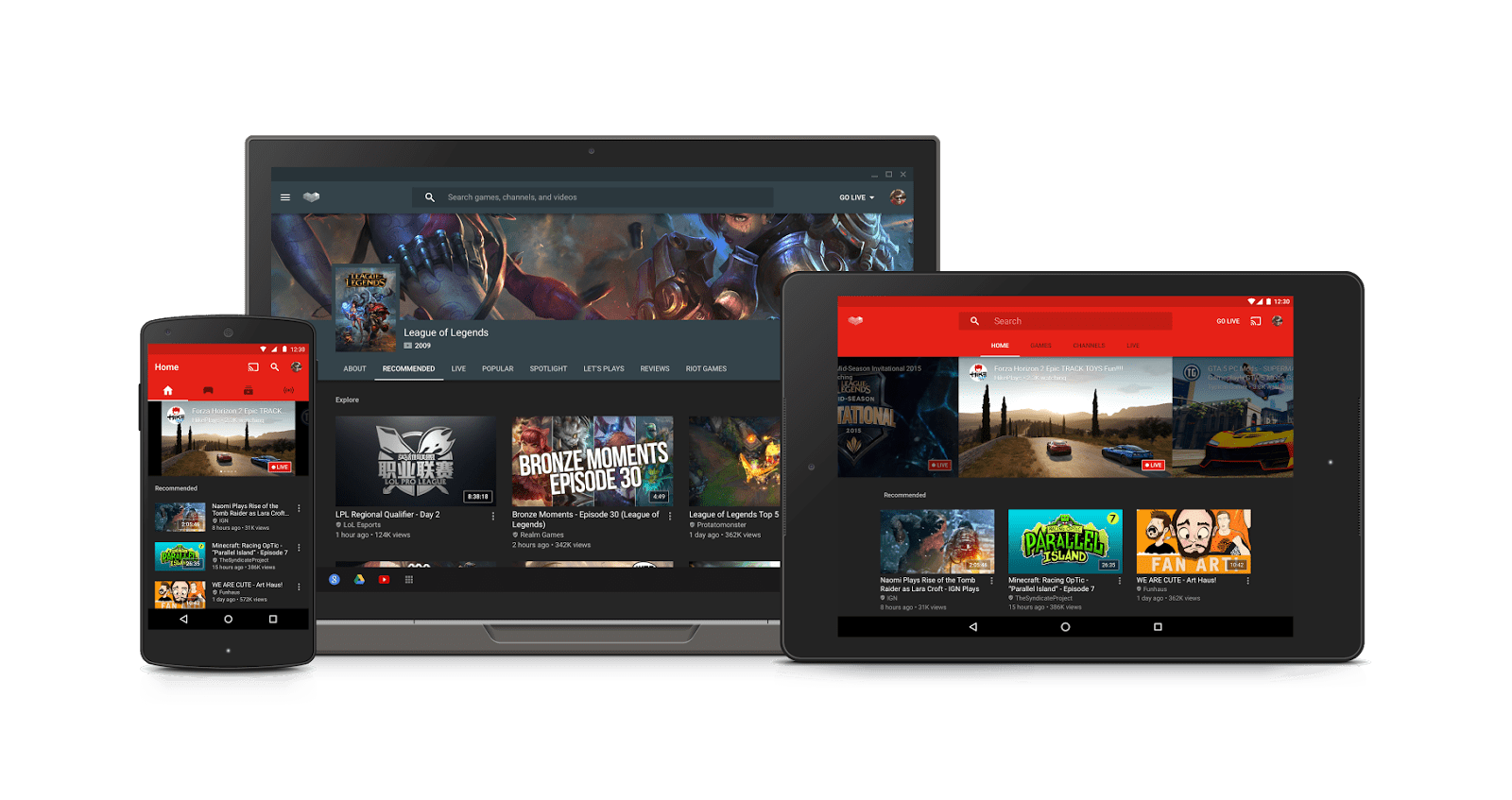 The YouTube Gaming mobile app is live in Canada, Ireland, Australia and New Zealand, for iOS and Android devices. The app launched in the US and UK last year, and YouTube promises it'll hit "many more countries" soon. Plus, the Android app receives a few tweaks this fine morning: It's now possible to pop-out the player so it's visible over other apps, and it's been upgraded to support 60fps playback, DVR mode and quality switching (much like the iOS and desktop players already do).

YouTube Gaming also gets an update on desktops today. First, the homepage is simplified and no longer has sidebars. There's a new "Live" tab on the homepage that takes you to a lineup of top streams and games that are on the air, and new pages allow you to manage the games and channels you're subscribed to.

YouTube Gaming went live in August 2015 and it's since rolled out a sponsorship service that lets fans send money to their favorite streamers each month, and it supports mobile-game capture on Android for those who want to share their Neko Atsume skills with the world.

As live game streaming becomes more popular (and lucrative), sites like Twitch and YouTube Gaming are learning from each other's experiments. YouTube had to focus on Gaming as a unique category among its hordes of other video offerings, while Twitch has been expanding its offerings since Amazon's takeover in 2014.

In this article: android, av, gaming, google, ios, livestream, mobile, personal computing, personalcomputing, streaming, youtube, youtubegaming
All products recommended by Engadget are selected by our editorial team, independent of our parent company. Some of our stories include affiliate links. If you buy something through one of these links, we may earn an affiliate commission.