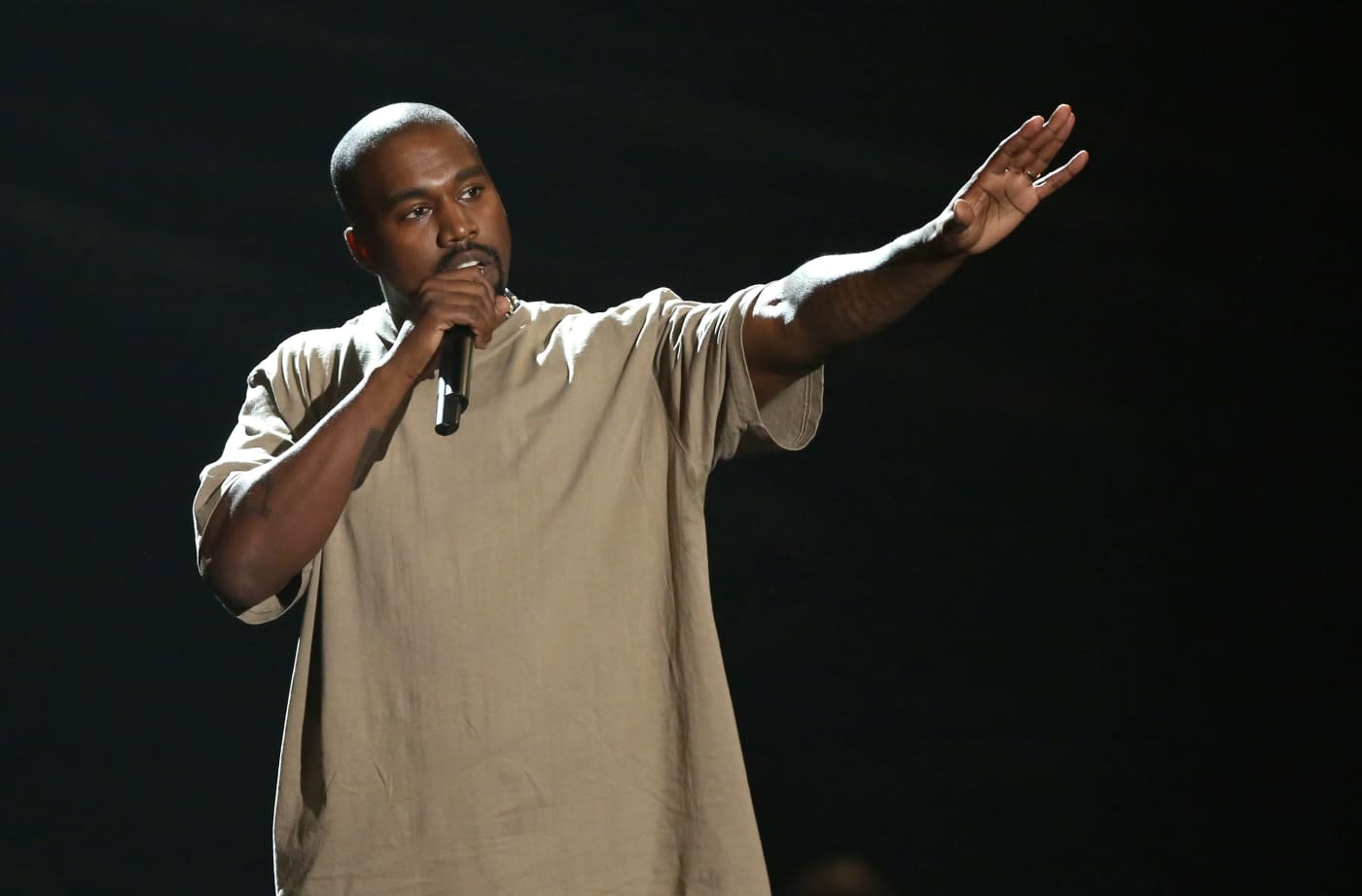 If you guessed that Kanye West's short-lived decision to make The Life of Pablo a Tidal exclusive would hurt the album's chances... you guessed correctly. Music industry forecasters now expect Kanye's latest to top the Billboard charts for April 23rd, which will include the first results from other streaming music services as well as purchases from both Tidal as well as the star's own website. The data suggests that Tidal just isn't big enough to support a major album at this point, even if it did lead to many people signing up (however temporarily) when they wouldn't have otherwise.

Provided the album meets expectations, it'll mark an important milestone. It should be the first Billboard chart-topper to get the majority of its album sale equivalents from streaming, not downloads or physical copies -- yes, only a fraction of listeners likely had permanent copies. The achievement is somewhat arbitrary (you still can't buy the album at places like iTunes), but it shows that on-demand listening is so popular that you don't need downloads to create a hit.

Also, Kanye might have sworn off CDs a little prematurely. Billboard's tipsters understand that a physical release will "eventually" show up, most likely as a special edition that gives diehard fans extra content that won't be available online. If so, Pablo is less of a radical shift in music and more of a brief experiment with distribution. You might not see future albums released in physical form, but West and crew aren't ready to make that leap just yet.

In this article: applemusic, billboard, culture, entertainment, internet, kanyewest, music, services, spotify, streaming, tidal
All products recommended by Engadget are selected by our editorial team, independent of our parent company. Some of our stories include affiliate links. If you buy something through one of these links, we may earn an affiliate commission.