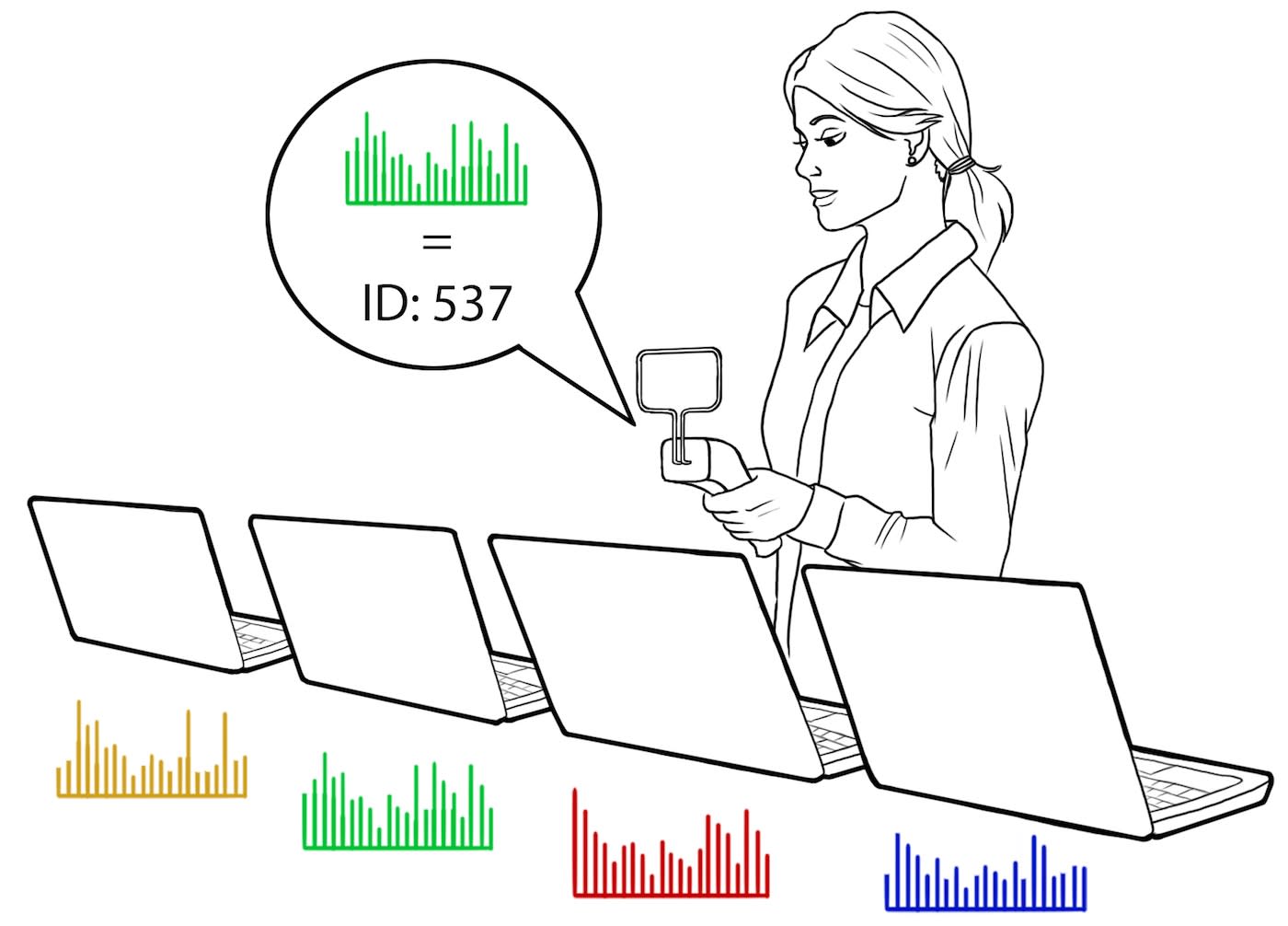 If someone placed your naked smartphone on a table alongside two identical models, how would you determine which one is yours? If you're an engineer at Disney Research, you would pull out a little scanner and immediately pinpoint the handset based on the noise it emits. It definitely sounds a little futuristic, but a team of researchers at Disney's innovation labs found that every single piece of technology has its own unique electromagnetic signal, even if they're exactly the same make and model, and built a radio scanner to read them.

The results were varied but encouraging. For the Lightsaber, the algorithm "perfectly identified" the device 30 times. The Dell displays scored an average identification accuracy of 94.7 percent, followed closely by the five MacBook Pros with 94.6 percent. The lightbulbs came in at 86 percent but the iPhone 6 tests only averaged 71.2 percent, a result that Disney researchers believe occurred because the smartphone has a frequency distribution that can easily overlap with other identical models.

So, what does this mean? Right now, Disney is presenting the technology as a new way to "improve asset management and inventory tracking." Instead of using RFID tags, which are considered too expensive when compared with a standard printed barcode, organizations could use a device's own electromagnetic footprint to determine exactly what stock it has without even having to touch it.

In this article: disney, disneyresearch, electromagnetic, em-id, emid, gadgetry, gadgets, gear, macbook, personal computing, personalcomputing, rfid, scanner, science
All products recommended by Engadget are selected by our editorial team, independent of our parent company. Some of our stories include affiliate links. If you buy something through one of these links, we may earn an affiliate commission.