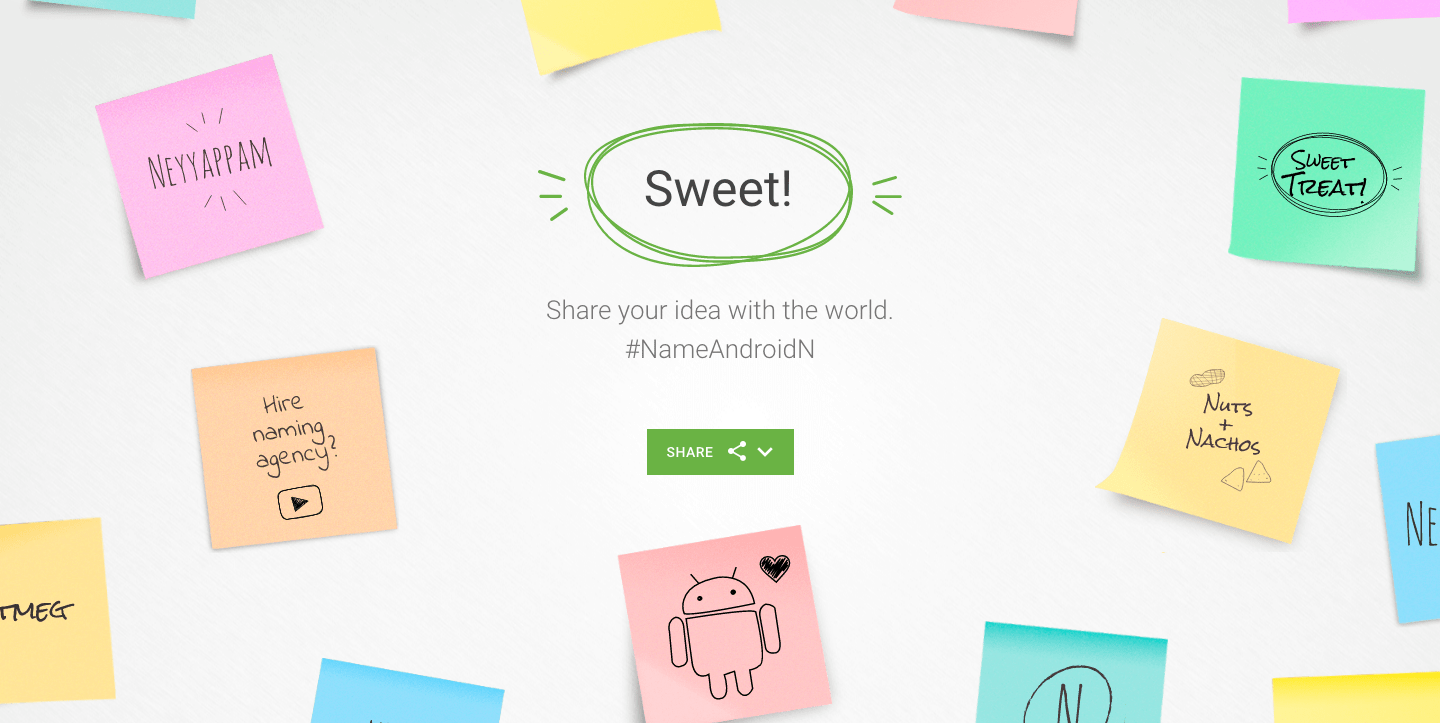 During its I/O keynote today, Google revealed that it would accept user ideas before deciding on the official name for the upcoming Android N. The obvious frontrunners are foods like Nutella and nougat that carry on the confectionery theme. Even if you offer jokes like "Never coming to your phone," Google's website still responds with "sweet." In fact, that's the response for any suggestion. It didn't take long for people to notice that they could submit racist terms and the website would offer that same reply. Obviously Google doesn't think Nazis are sweet, but it's a painful oversight that's already making the rounds on Twitter.

While the submission form may be intended for laughs, it still allows you to make some awful suggestions. Then again, the full list of nominations won't be published anywhere, and the company made clear on stage today that it will select the final name and that the website is meant only "for entertainment purposes."

In a way, though, Google should have predicated this. Back in March, it was a matter of hours before the internet turned Microsoft's AI chatbot Tay into a racist and sexist Twitter account. It seems like Google didn't learn much from that ordeal, even if it never claimed to take these submissions seriously.

Oh man, @google, you really didn't think this one through. "Nazi" is also allowed! #io16 pic.twitter.com/xVNR8lCnqP

In this article: android, androidn, culture, google, internet, mobile, names
All products recommended by Engadget are selected by our editorial team, independent of our parent company. Some of our stories include affiliate links. If you buy something through one of these links, we may earn an affiliate commission.