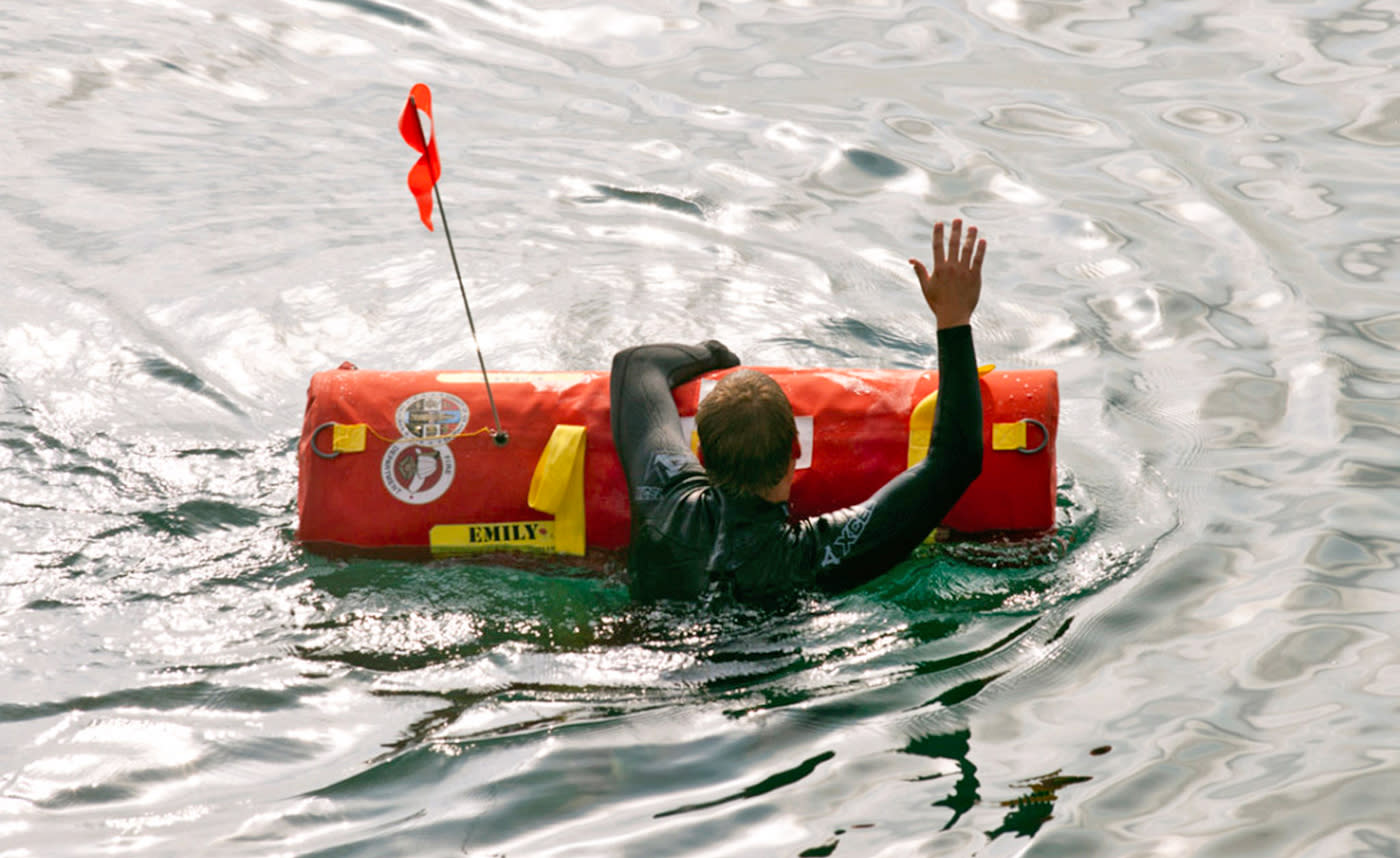 Attention Dwayne Johnson: it's not too late to make your version of Baywatch more apt for this generation. May we suggest casting Emily -- a 25-pound, remote-controlled robotic lifeguard that can travel up to 22 mph. It might not have biceps and legs to die for, but it has already rescued tons of people, including 300 Syrian refugees off the Greek island of Lesbos. The machine's name stands for Emergency Integrated Lifesaving Lanyard, and it's the product of a collaboration between the Navy and Tony Mulligan, the CEO of maritime robotic company Hydronalix.

The partnership was formed in 2001 to develop a drone that can monitor whales, but it continued to evolve until it led to Emily's creation. Emily's current iteration has two-way radios rescuers can use to talk with the people stranded in the water. It also has a video camera that sends live feeds to responders' phones and lights for night rescues. More importantly, it's tough -- tougher then The Rock. Emily can be thrown off helicopters and do just fine, thanks to its Kevlar and aircraft-grade composite components. The Navy recently demonstrated its latest version at the Naval STEM Expo and Sea-Air-Space Exposition on May 15th and 16th. According to Military, the US Navy doesn't have plans to add Emily to its drone arsenal at the moment, but it's already being used by rescue teams (such as fire departments) all over the world.

In this article: emergencyintegratedlifesavinglanyard, emily, gear, navy, roboticlifeguard, robots, usnavy
All products recommended by Engadget are selected by our editorial team, independent of our parent company. Some of our stories include affiliate links. If you buy something through one of these links, we may earn an affiliate commission.