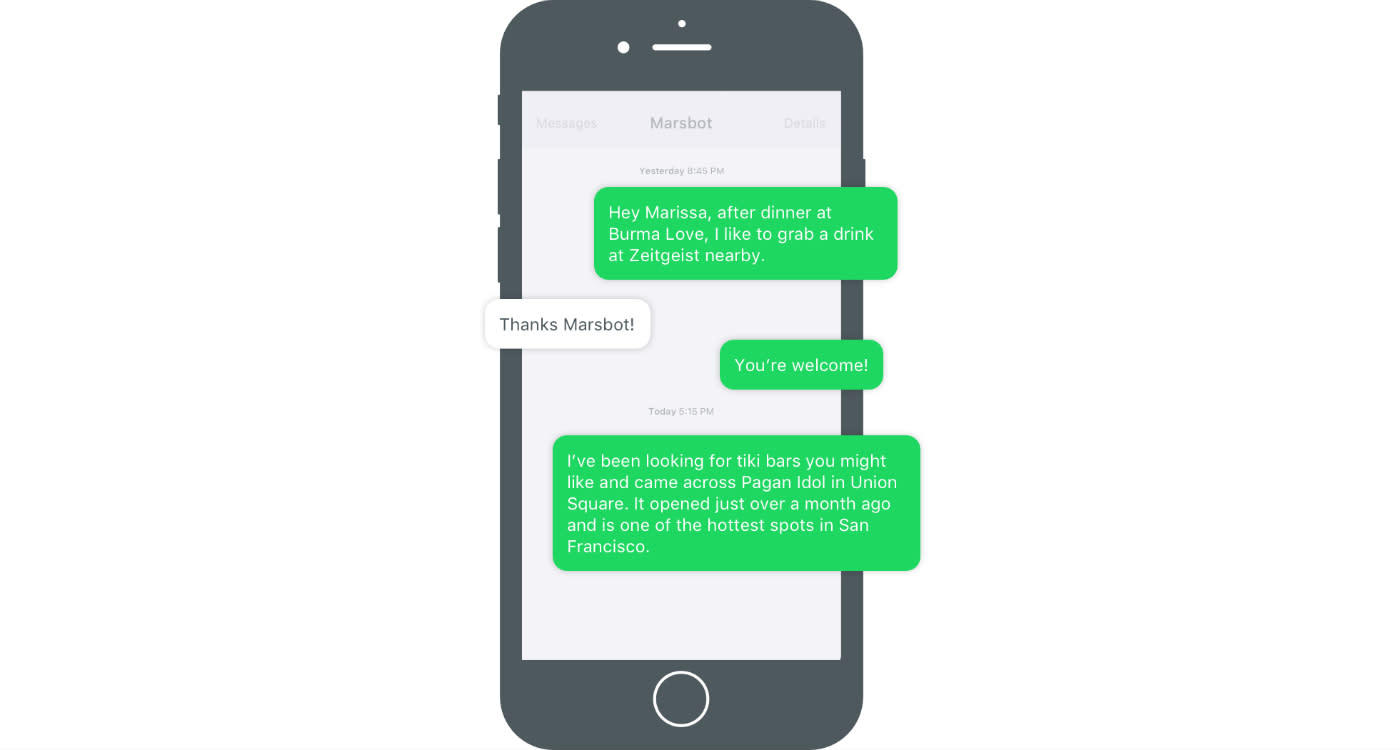 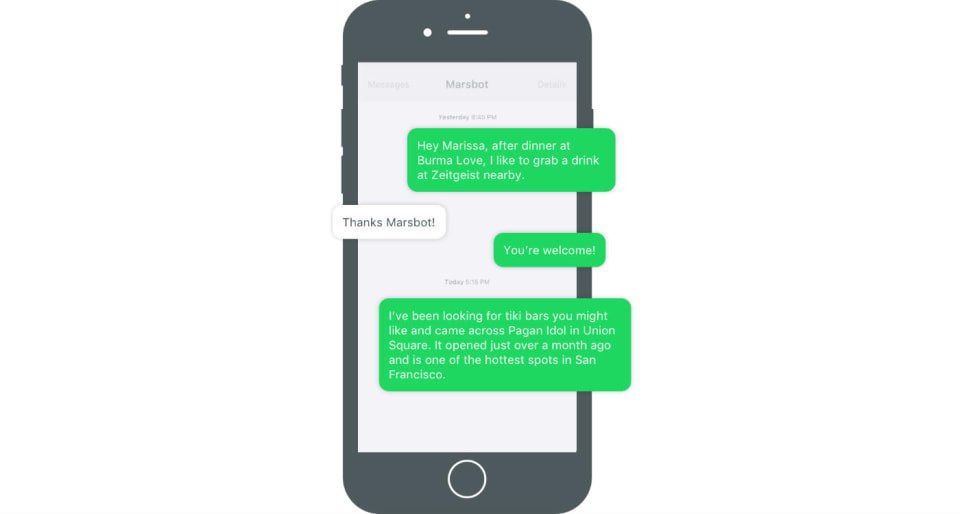 Foursquare is more than a friendly food finder and gentrification-tracking app -- the company is now in the bot business with its latest tool, Marsbot. The bot analyzes users' locations and past preferences to make proactive recommendations via text on where to eat or grab a drink next. Marsbot isn't a chatbot, meaning users won't ask it for suggestions; instead (and ideally), Marsbot will predict when you're ready to try something new and nudge you toward places you should enjoy.

Marsbot is available for iOS devices, but only in New York City and San Francisco for now. Marsbot is still a work-in-progress, but as it's tweaked and updated, Foursquare will slowly open up the app to people on the waitlist.

Foursquare decided to build Marsbot as a separate service, rather than integrate it into the main app, so it wouldn't get lost among Foursquare's other features, Chacko says.

"We wanted to try out a new app and a new communication style," she says. "Notifications (esp on iOS) tend to go into a black hole, plus there is little interaction you can have with them."

Marsbot is a nickname and the character is me as a child. It's cool to see a part of my legacy live on in Foursquare.

In this article: bot, bots, business, chatbots, culture, foursquare, marsbot, mobile, text, texting, timeline16chatbotwin
All products recommended by Engadget are selected by our editorial team, independent of our parent company. Some of our stories include affiliate links. If you buy something through one of these links, we may earn an affiliate commission.