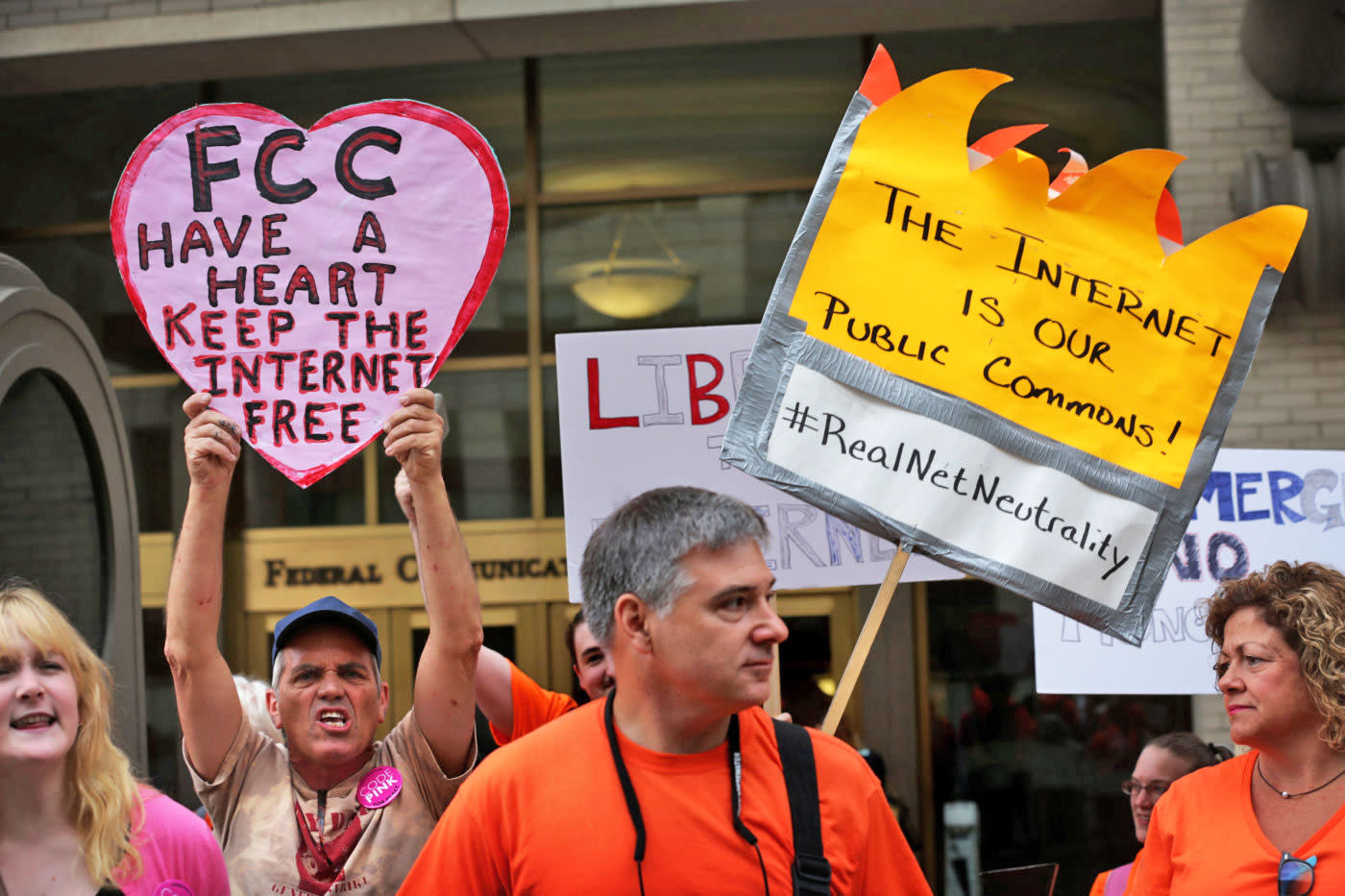 Some big names in tech don't believe that the FCC's net neutrality rules do enough to keep internet providers honest. A group of dozens of companies and advocacy groups (including Etsy, Foursquare, Kickstarter, Mozilla and Reddit) has sent a letter to the FCC asking it to publicly investigate the practice of zero rating, or exempting services from data caps. While the strategy isn't strictly illegal, the alliance is worried that internet providers are using zero rating to make an end run around net neutrality. After all, the ISPs are favoring certain sites over others -- you may be less likely to try that new video service if it cuts into your data allotment.

The FCC hasn't responded to the letter, but it previously said it would look into this practice on a "case by case" basis. There's no guarantee that it will try for a blanket ban as a result, which makes sense when zero rating policies vary wildly. Comcast's exception for Stream TV is clearly meant to promote its service over streaming rivals, for instance, while T-Mobile's Binge On and Music Freedom cover a wide range of services and are largely meant to lure you away from other carriers. If the FCC acts at all, it may focus its attention on particularly anti-competitive behavior.

In this article: culture, datacaps, etsy, fcc, gear, internet, kickstarter, mozilla, netneutrality, politics, reddit, regulation, zerorating
All products recommended by Engadget are selected by our editorial team, independent of our parent company. Some of our stories include affiliate links. If you buy something through one of these links, we may earn an affiliate commission.