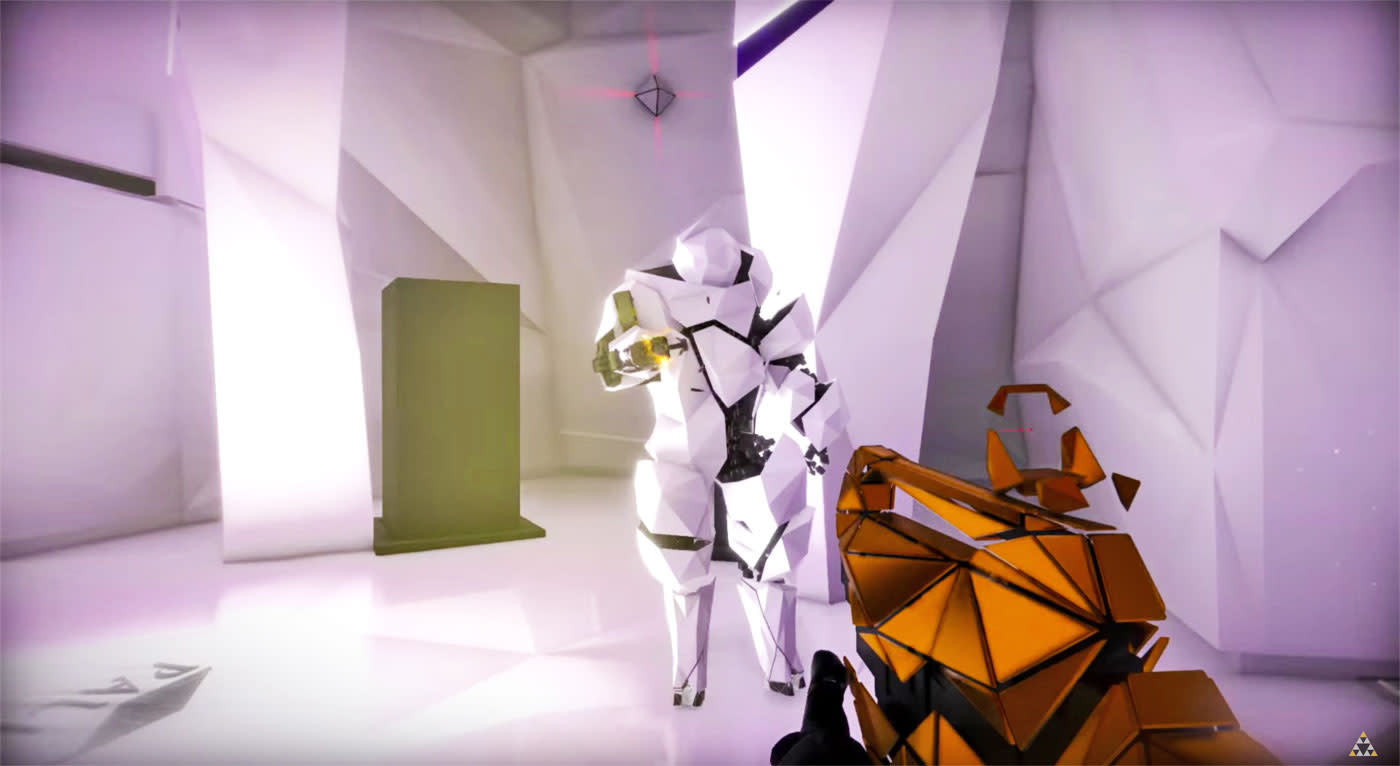 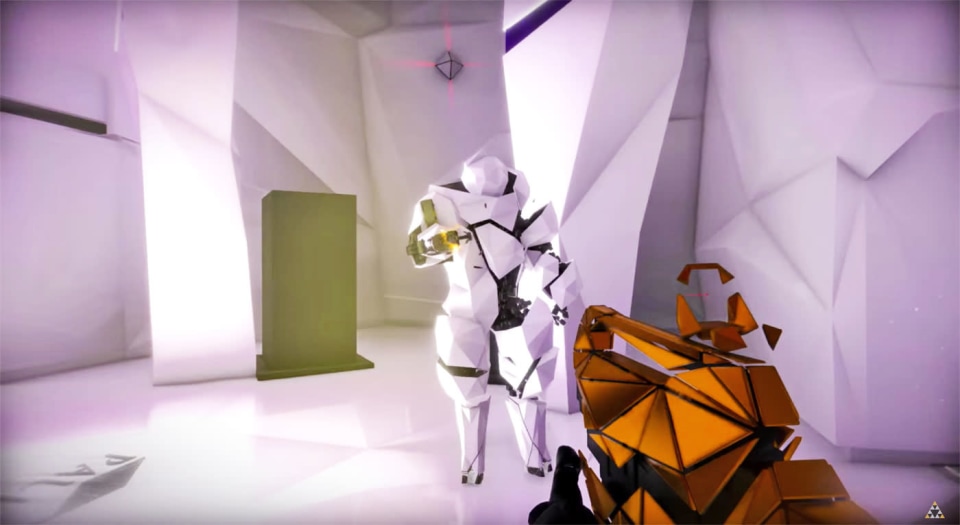 Deus Ex: Mankind Divided lands in mere months, and while we got to tackle a relatively fully-finished Dubai level (it's definitely a glossier, bigger sequel to Human Revolution), instead I'm going to talk about Breach, an additional arcade(ish) mode that will launch for free within the main game. You're a hacker who's using VR technology -- of course -- to hack security nodes and get information. Security includes humanoid robots that'll shoot you and kick you out, and it cam also change the rules of the game as you play. Fortunately, you can break some of those rules.

Following that simple hacker vs. security premise, the developers took the opportunity to shed the detailed (realistic) graphics of the Deus Ex series, instead going for soft simplified polygon-esque frames for the weapons, enemies and the environment itself. It's funny: this style would have been cutting edge graphics on the advent of 3D graphics, but the creators also infused it with light shading, textures, and more to ensure it takes on the polished sheen more befitting of a game made in 2016. The result is crisp, cool, original-looking shooter.

Judging from what I played at the E3 demo, levels are also far more simplified than the environments you'll find in Mankind Divided. They are not, however, easy. Enemies, turrets, navigational hurdles and more make up the challenges facing each stage, while you'll have finite equipment that you can take along with you. The rest of your stash (other weapons, augments and more) will rest on servers. You can choose what you take with you -- but you can't take everything. There's strategy involved, and depending on your speed and efficiency, good performance results in more experience and more cash for upgrades.

Yes, you'll be able to install augments that are both the same and different to the usual upgrades the main game offers its protagonist Denton. That's predictable enough, however the system you're attacking also adapts. As soon as you've completed your task of leeching from multiple data loads, the system/ level will go into lockdown. For me, this meant my routes of escape were suddenly blocked and there was now tougher security on my way to my extraction point. You're also able to carry your own hacks with you (double speed or double hit points, for example), so in a pinch you can reverse your fortunes easily.

That said, levels are (pretty easily) overcome. The challenge (and the thrill of repeat play) is the competitive angle. The game will host leaderboards and you'll be able to send challenge requests (staking your in-game cash on the gambit). If the challenger wins, they get your money. If they don't: more money for your upgrades. It's a shrewd way of combining two hugely popular gaming methods: competition and speed runs. Once you've finished Mankind Divided, there's likely to be a possibly longer-life challenge still waiting.

In this article: breach, deusex, deusexbreach, DeusExMankindDivided, e3, e32016, gadgetry, gadgets, gaming, hands-on, robots, video
All products recommended by Engadget are selected by our editorial team, independent of our parent company. Some of our stories include affiliate links. If you buy something through one of these links, we may earn an affiliate commission.