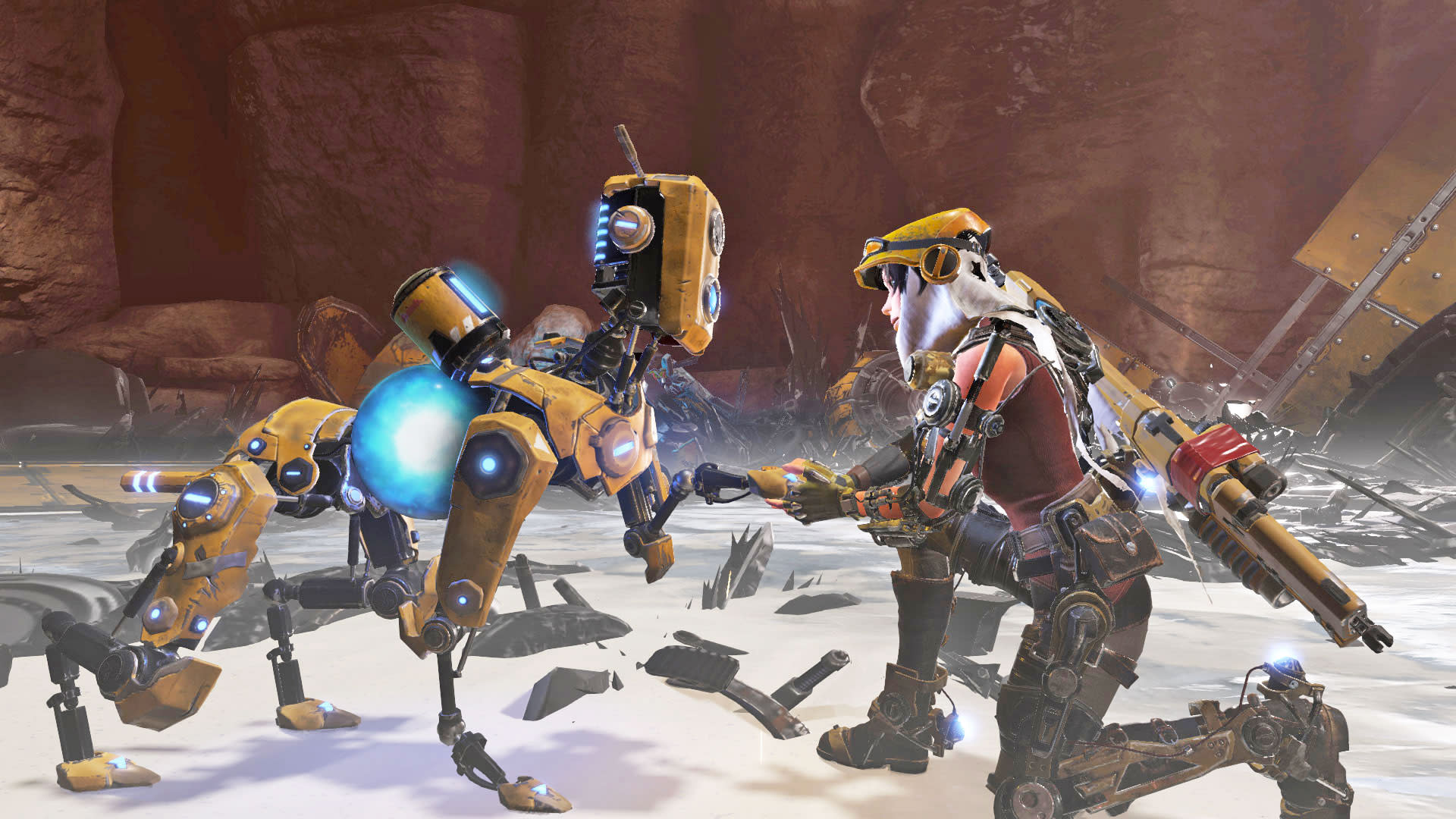 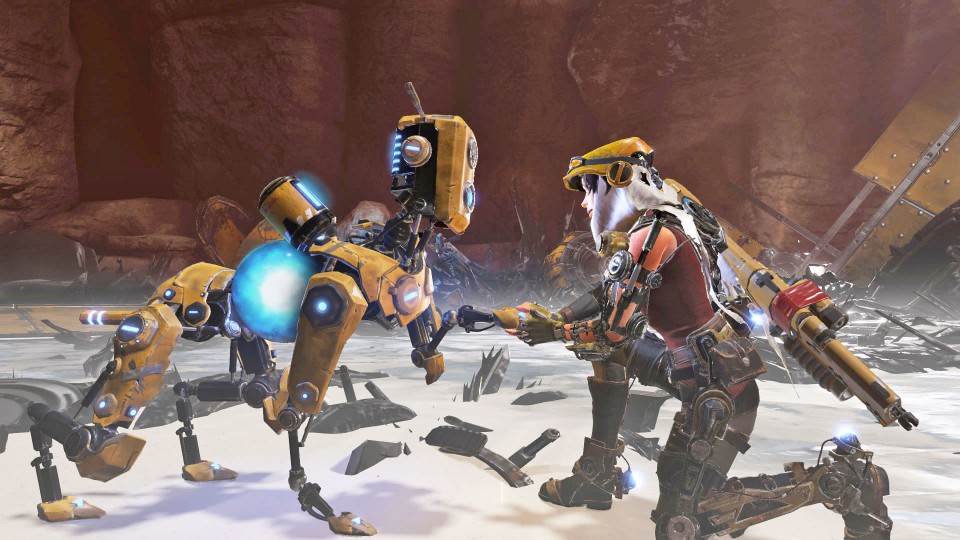 Several of the games I've written about at this year's E3 have been massive reinventions of huge franchises. That made the all-too-brief time I spent with ReCore (developed by Comcept and Armature Studio) one of the more relaxed and enjoyable gaming experiences I had at E3 this year. Even though it's not remaking legendary games of years past, ReCore still has a lot of fun and unique gameplay elements -- it looks like you'll get to do a lot of Metroid-style exploration, and swapping through your three robotic "bot" companions adds a level of depth and strategy to your encounters.

Unfortunately, I didn't really get to do any exploration, but I did get a good taste of the smooth and fluid combat system during my demo. One trigger locks you on to your enemies and the other lets you blast away, making it relatively painless to keep up with the swarms of fast-moving attacking robots. Another button tells your robot companion to attack, and you can swap rapidly between them at any time. Each bot has its own special attack you can use to even the odds, as well.

The bots are designed to be crucial to your success -- if you forget about utilizing those special attacks, you'll likely end up in big trouble. But using those, as well as the Mega Man-style charge attacks, can help even the odds. There's just something about the combo of dashing about and blasting away that reminded me of Mega Man, not in a hugely obvious way, but there's clear inspiration here. No surprise given that one of Mega Man's creators Keiji Inafune is a producer on ReCore. Another gameplay technique that sets ReCore apart is the fact that you have four different-colored blasters, each of which corresponds to an enemy type. So if you come across reddish enemies, using the red blaster will deal extra damage. But some bigger enemies can only be killed by using your grappling hook to rip their glowing "core" orbs out of their bodies, and some of those enemies have cores that switch colors at will. So you'll have to keep an eye on which blaster you're using at any given time to be most effective.

The big question I was unable to answer in my quick 10-minute play session was how Recore will hold up over longer play sessions -- there have been questions about whether or not the combat will get too repetitive over the course of the game. I didn't get to find out how long the entire campaign will be, but the game doesn't feel like it's going to have that extensive of a running time where you'll get tired of it. In fact, the controls and combat felt tight and fun enough that I think I'll be happy to play the game for hours on end. Plus, that robotic dog is so cute. In this article: av, e3, e32016, gaming, hands-on, microsoft, recore, xbox, xboxone
All products recommended by Engadget are selected by our editorial team, independent of our parent company. Some of our stories include affiliate links. If you buy something through one of these links, we may earn an affiliate commission.