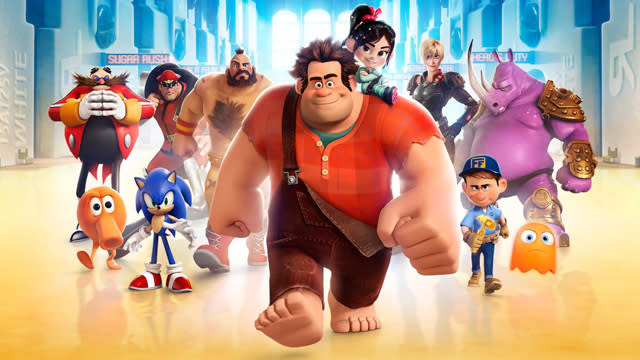 Everyone's favorite game-related Disney movie (no, not Tron) Wreck-It Ralph is set for a sequel that's hitting the scene on March 9, 2018. This news probably doesn't come as a surprise to anyone given the original's massive success back in 2012, but it's definitely a reason to get excited.

Disney broke the news during a special livestream on Facebook today, announcing that it's working on Wreck-It Ralph 2, which will go beyond the confines of the arcade seen in the first movie and into the internet. There weren't many additional details divulged to go on, but this could mean some interesting changes for both the film's format and the type of game references we might see.

It's a bit of a wait for the sequel to hit theaters, but it's just one in a long line of video game-focused films coming down the pipeline. For instance, the Minecraft film is arriving n 2019, and the Tetris film (now a trilogy) is planned to begin shooting next year. The future is rife with video game movies, but will they be any good?

In this article: animated, av, disney, entertainment, films, movies, wreck-it-ralph
All products recommended by Engadget are selected by our editorial team, independent of our parent company. Some of our stories include affiliate links. If you buy something through one of these links, we may earn an affiliate commission.