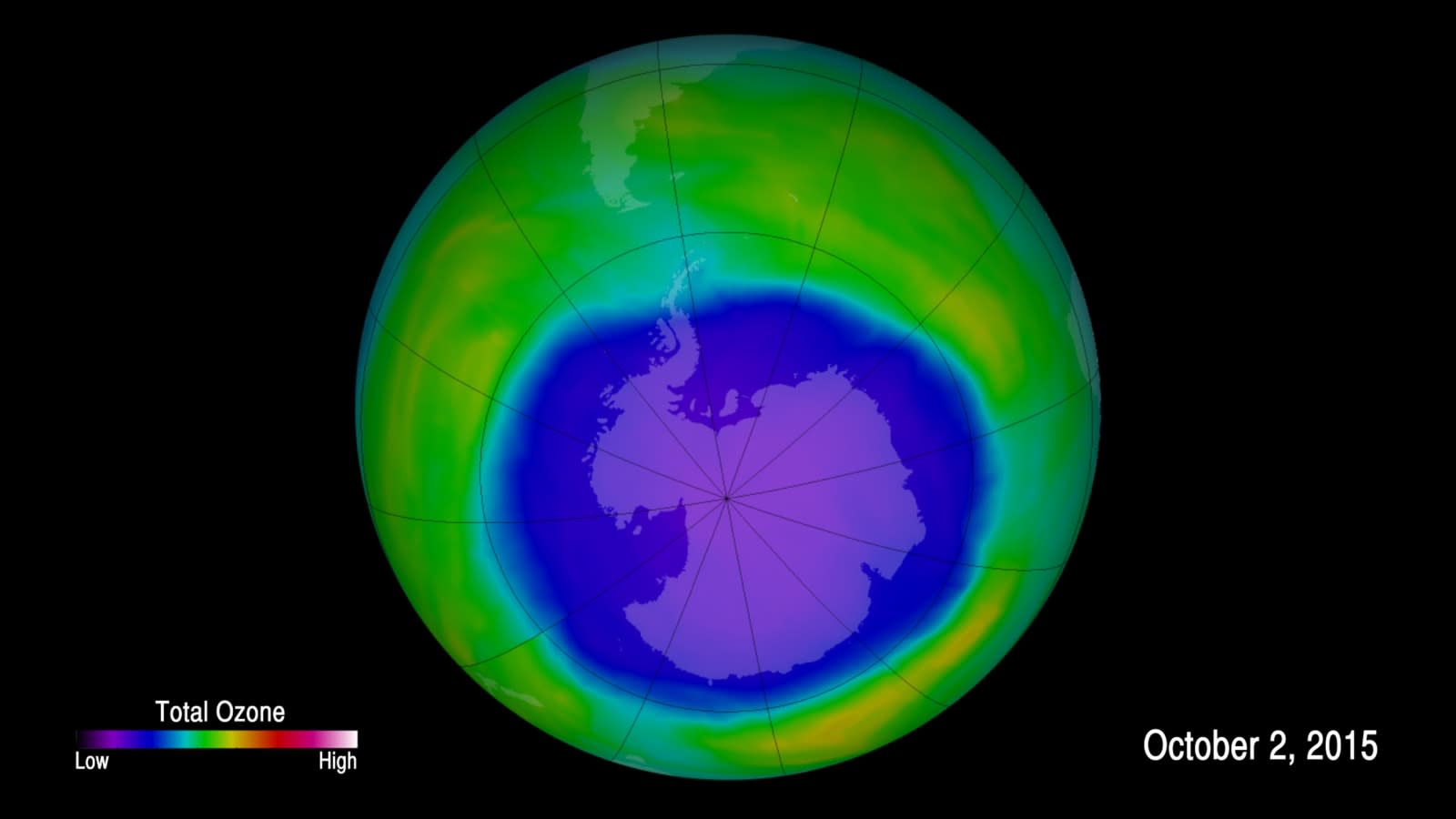 Good news from the stratosphere: the Earth's ozone layer is healing, the New York Times reports. While researchers have been watching the ozone's comeback for years now, a new study in the journal Science claims the 1987 worldwide ban on chlorofluorocarbons is actually working.

While the progress is certainly promising, the ozone isn't expected to be completely patched up until sometime in the middle of the century, according to the study's authors. "Think of it like a patient with a disease," atmospheric chemist Dr. Susan Solomon told the Times. "First, it was getting worse. Then it stopped -- it was stable but still in bad shape." Last year, during the peak season of ozone depletion in late summer and early fall, the hole actually reached its largest size on record (pictured above).

On a more promising note: the study found that the hole in the ozone -- which is really more like a thin spot over Antarctica, as well as the Arctic and some mid-latitude regions -- is now 1.5 million square miles smaller than it was in 2000. On the flip side, in 2009 NASA scientists created a simulation showing what would have happened had the 1987 Montreal Protocol treaty never banned the use of CFCs across the planet. According to that study, there would have been virtually no ozone left by the 2050s, and a mere 10 minutes of summer sun in New York would have been enough to cause "a noticeable sunburn."

In this article: CFC, chlorofluorocarbons, green, montrealprotocol, ozone, ozonelayer, science, space
All products recommended by Engadget are selected by our editorial team, independent of our parent company. Some of our stories include affiliate links. If you buy something through one of these links, we may earn an affiliate commission.