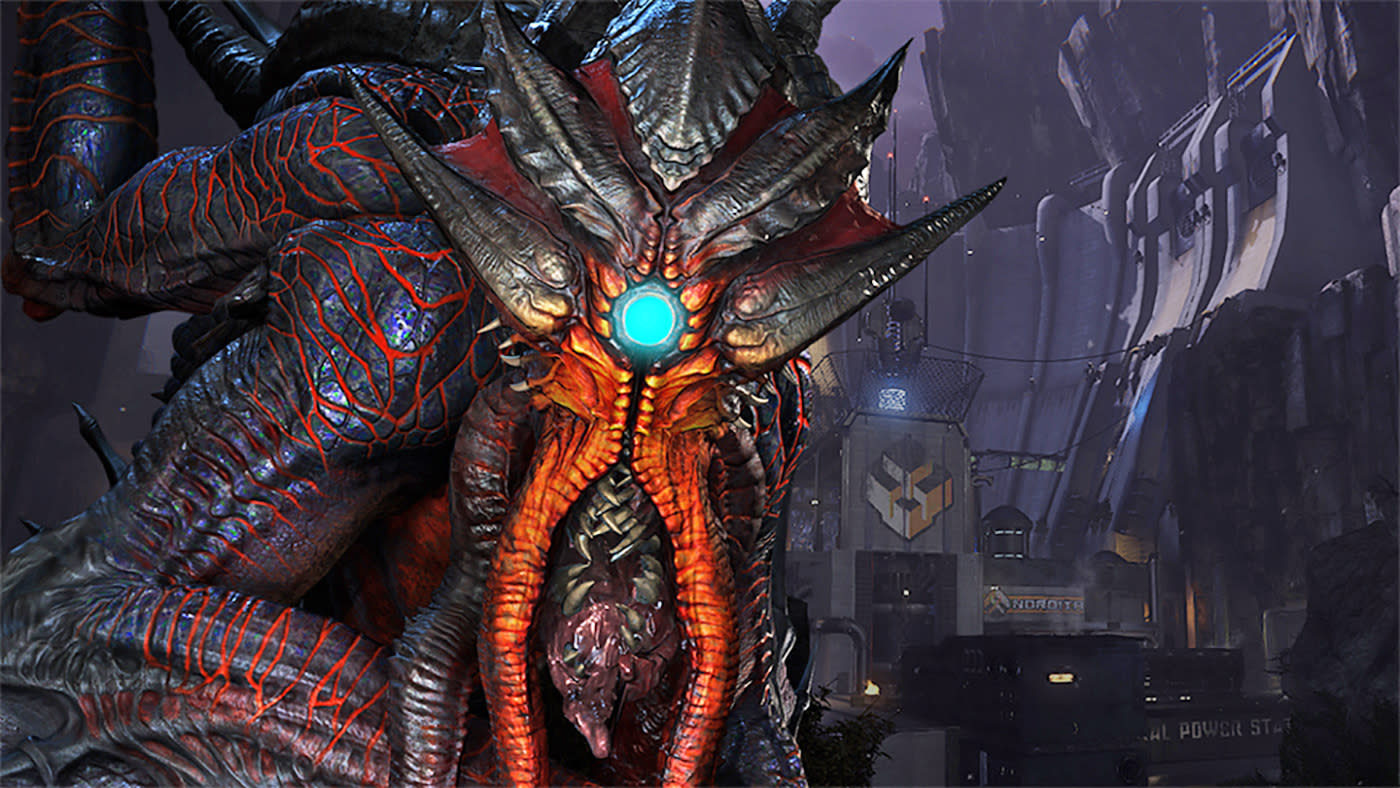 Evolve got a lot of things right. But the 2015 4-vs-1 first-person shooter also got a few things wrong. It had a tremendous amount of buzz thanks to the aforementioned asymmetric multiplayer aspect, but a lack of depth -- and the restrictions that asymmetry brings -- led to mixed reviews and middling sales. Following what developer Turtle Rock Studios calls a "DLC shit-storm," its popularity dropped further, and it soon had an average player count of less than 500. 18 months after launch, Evolve's developers are making some major changes to try and rescue the game, the biggest of which is making it free-to-play on PC.

Players that have already paid for the game will be granted "founder status," and all their unlocks will carry over. They'll also get some in-game currency, and additional bonuses will be handed out over the coming months. Everything in the game is now be unlockable through play -- including the underwhelming DLC content -- without the need for real-world money to change hands. It's not immediately clear how Turtle Rock plans on monetizing the game, but chances are it'll be limited to cosmetic items.

Although switching business models is obviously the headline news, gameplay changes will dramatically change the way Evolve plays. At launch, one type of hunter (the name for the four humans that hunt the single monster), the trapper, was responsible for deploying the dome that would ensnare the opponent. Once trapped, monsters could theoretically be taken down in minutes. Now, any hunter can trap the monster, but it'll be easier for the player on the other side of the equation to fight their way out. There's a visible countdown for the dome's expiry, and time will be taken off that clock for damage taken to either side. If you've never played Evolve it's tough to explain how big a difference this makes, but trust that it's a major, major change.

Another tweak is to the dropship mechanic. While previously there was a fixed two-minute timer for respawns, now it'll take longer to return to battle as the game goes on. This method borrows a lot from mobas like Dota 2, where respawn time depends on your character's level.

Finally, Turtle Rock says it's going to add lots of hunters and perks to increase variety. After the initial rebalancing, it plans to add a new hunter roughly every two weeks, with new perks added in-between. This, again, will make the game a little more moba-like, with a vast roster of characters to choose from.

The changes will roll out in beta form from today, for PC only. Once the beta is finished, the console versions of the game will also go free-to-play. "We don't want to forget anyone in our community," said Turtle Rock, "this was just the best way for us to move Evolve into the free-to-play space."

In this article: av, evolve, freetoplay, gaming, TurtleRockStudios
All products recommended by Engadget are selected by our editorial team, independent of our parent company. Some of our stories include affiliate links. If you buy something through one of these links, we may earn an affiliate commission.