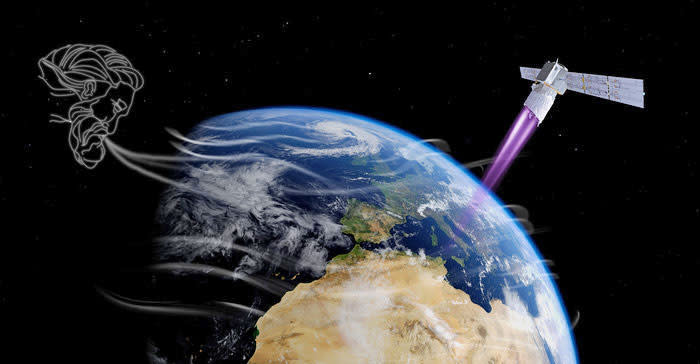 The European Space Agency plans to send two potent Aladin lasers into space next year, both aimed at studying the wind. It's part of the ESA's Living Planet program aimed at better understanding hugely influential natural phenomena, like magnetism and wind. This time, it's concerned with the latter.

The project will study how winds work in order to improve weather tracking, scanning and gauging clouds, air and whatever else is up there in the sky. It's all centered around atmospheric dynamics: thunderstorms, hurricanes, jet streams and worldwide air circulation. The setup involves lasers that will beam UV light at Earth. As this bounces off small particles and air molecules, the part that's bounced back towards the satellite, collected and recorded in the telescope. As the satellite will be so close by, data can be delivered and analyses in near-real time -- the work starts as soon as it's up and working in space. The space agency has named the satellite ADM-Aeouls, after the keeper of the winds in Homer's Odyssey. Even he didn't have lasers though.

In this article: aeouls, esa, EuropeanSpaceAgency, lasers, science, space, wind
All products recommended by Engadget are selected by our editorial team, independent of our parent company. Some of our stories include affiliate links. If you buy something through one of these links, we may earn an affiliate commission.