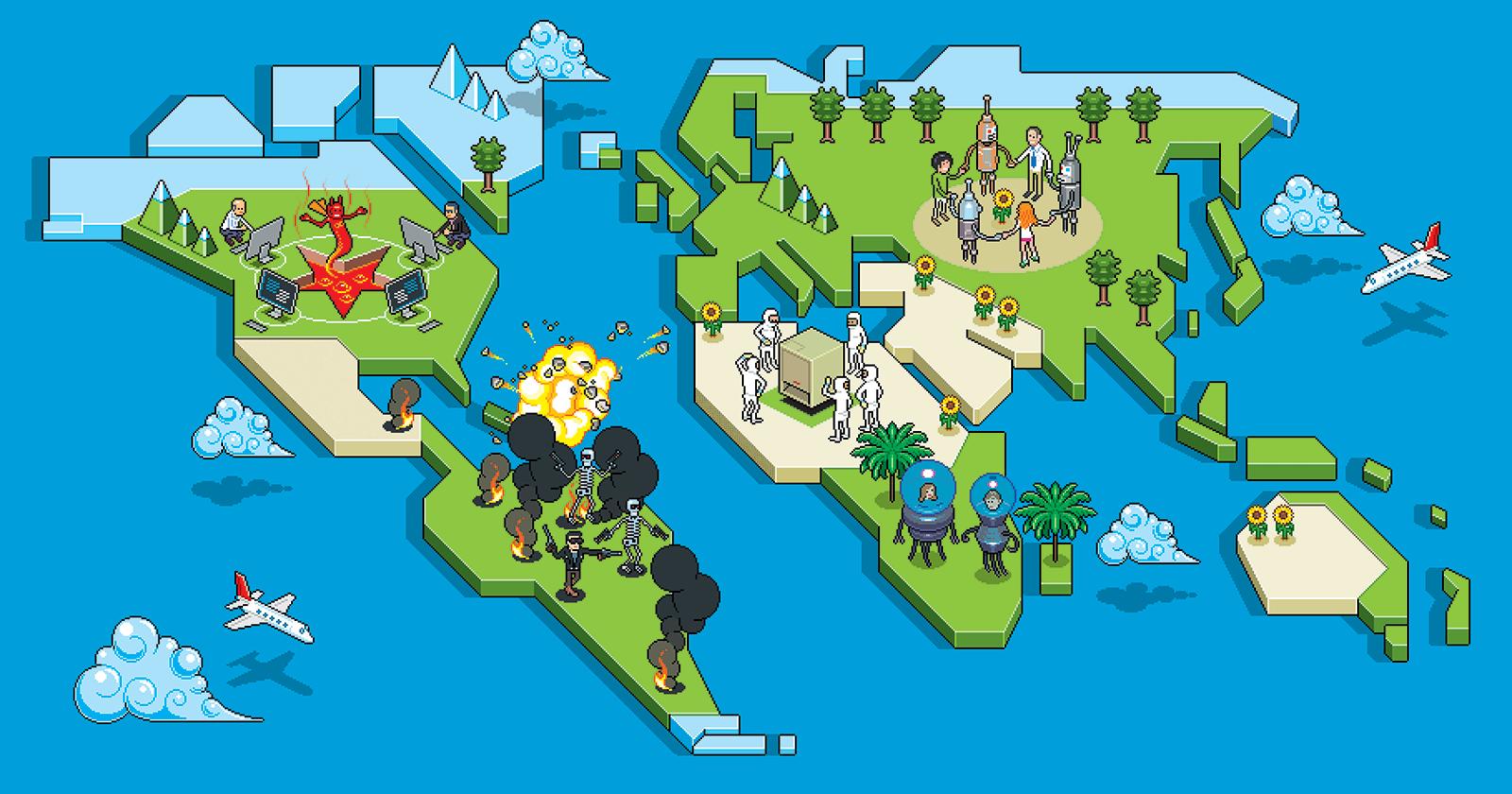 Exploring the past, present and future of AI with Engadget

A week of stories about moving from smart machines to intelligent ones.

Few things stir up as much excitement, fear and confusion as artificial intelligence. So we're dedicating this entire week to examining it from as many angles as possible. We'll look at how current nascent AIs reflect some of society's less admirable qualities, how it could be used to improve our criminal justice system and we'll even explore the meaning of the "I" in "AI" -- intelligence. Jess Conditt will challenge the notion that experts truly understand what it means to build an intelligent machine. And Nicole Lee will explore whether or not a minimum income is a viable solution to a workforce that demands less humans, and more computers and robots.

At this point practically every major tech company is making sizable investments in artificial intelligence and machine learning. Microsoft, Facebook and Amazon are all betting big on its potential. Google has built a special processor just for powering AI software. IBM is trying to shoehorn Watson into every industry from retail to medicine -- it even had the damn thing write a cook book. Smaller players are looking for a foothold in the emerging market too, such as Fujitsu and startups like Viv.

Even though it seems like the tech industry is all-in on this whole AI thing, it's not really that cut and dry. Google is pumping tons of money into research and services, while working on a kill switch to keep the machines from rising up and investigating the more mundane dangers of AI. Then there are titans of the industry like Elon Musk, who has invested in the technology while simultaneously warning us that we're "summoning the demon."

Musk is hardly alone. Plenty of major players and thinkers in the world of technology have warned of the dangers of AI, including Bill Gates and Stephen Hawking. But not every vision of the future is so apocalyptic. Theorists like Ray Kurzweil envision a world where machines don't wipe humans out, but become part of us in the singularity. And for every Terminator film, there is a movie like Her, where AIs aren't destructive forces, but three-dimensional characters and even romantic interests.

Whether you're in camp armageddon (like Elon Musk) or eagerly awaiting the melding of human and machine (like Ray Kurzweil), one thing we can all agree on is that artificial intelligence is a rare truly transformative technology. Like the internal combustion engine, the assembly line, the transistor and the internet, AI has the potential to make the world of tomorrow almost unrecognizable.

But, before we spend the next week trying to untangle this mess, let's take a look at the debate as it stands now. Below we've collected five quotes about the potential benefits and dangers of artificial intelligence from some of the biggest names in the field. And we've had each one loving illustrated by the fine folks at eBoy.

I absolutely don't think a sentient artificial intelligence is going to wage war against the human species.

Source: The Globe and Mail

Artificial intelligence will reach human levels by around 2029. Follow that out further to, say, 2045, we will have multiplied the intelligence, the human biological machine intelligence of our civilization a billion-fold.

The development of full artificial intelligence could spell the end of the human race.

By far, the greatest danger of Artificial Intelligence is that people conclude too early that they understand it.

Source: Artificial Intelligence as a Positive and Negative Factor in Global Risk (PDF)
All products recommended by Engadget are selected by our editorial team, independent of our parent company. Some of our stories include affiliate links. If you buy something through one of these links, we may earn an affiliate commission.