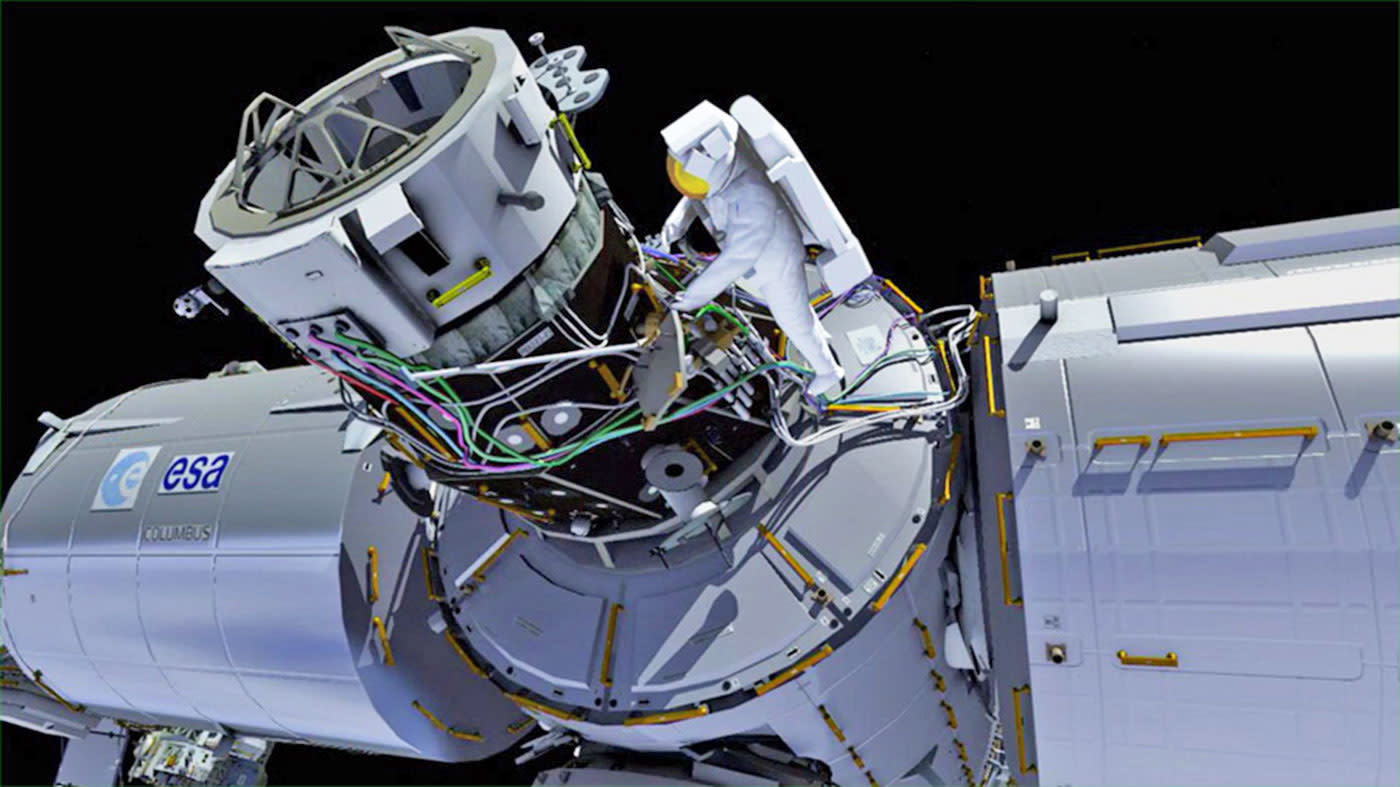 Space taxis made by Boeing and SpaceX could carry astronauts to the ISS as soon as 2017, and NASA has begun preparing for their arrival. On Friday, astronauts Jeff Williams and Kate Rubins will do a six-and-half-hour spacewalk to install a parking spot where the taxis can dock. Previous crew members already laid out hundreds of feet of power and data cables, so the duo will be in charge of finishing the job. They'll get some help from their helper robot, the Canadarm2, which will extract the dock from the SpaceX Dragon capsule that carried it on board later today. Canadarm2 will also position the dock just a few inches away from where it's supposed to be attached.

NASA named SpaceX and Boeing as its two top picks for the Commercial Crew Program back in 2012. That gave the two access to most of the agency's money earmarked for the project, though Boeing received almost twice the funding its rival got. Despite getting a smaller cut of the funding, SpaceX and its Crew Dragon vehicle could start ferrying astronauts to the ISS first, because Boeing is reportedly grappling with delays.

If you want to watch Rubins' first spacewalk and the dock's installation, make sure to fire up NASA TV on Friday, August 19th. The livestream will go online as early as 6:30AM Eastern, but the spacewalk itself isn't scheduled to start until 8:05AM.

In this article: boeing, iss, nasa, science, space, spacetaxi, spacex
All products recommended by Engadget are selected by our editorial team, independent of our parent company. Some of our stories include affiliate links. If you buy something through one of these links, we may earn an affiliate commission.