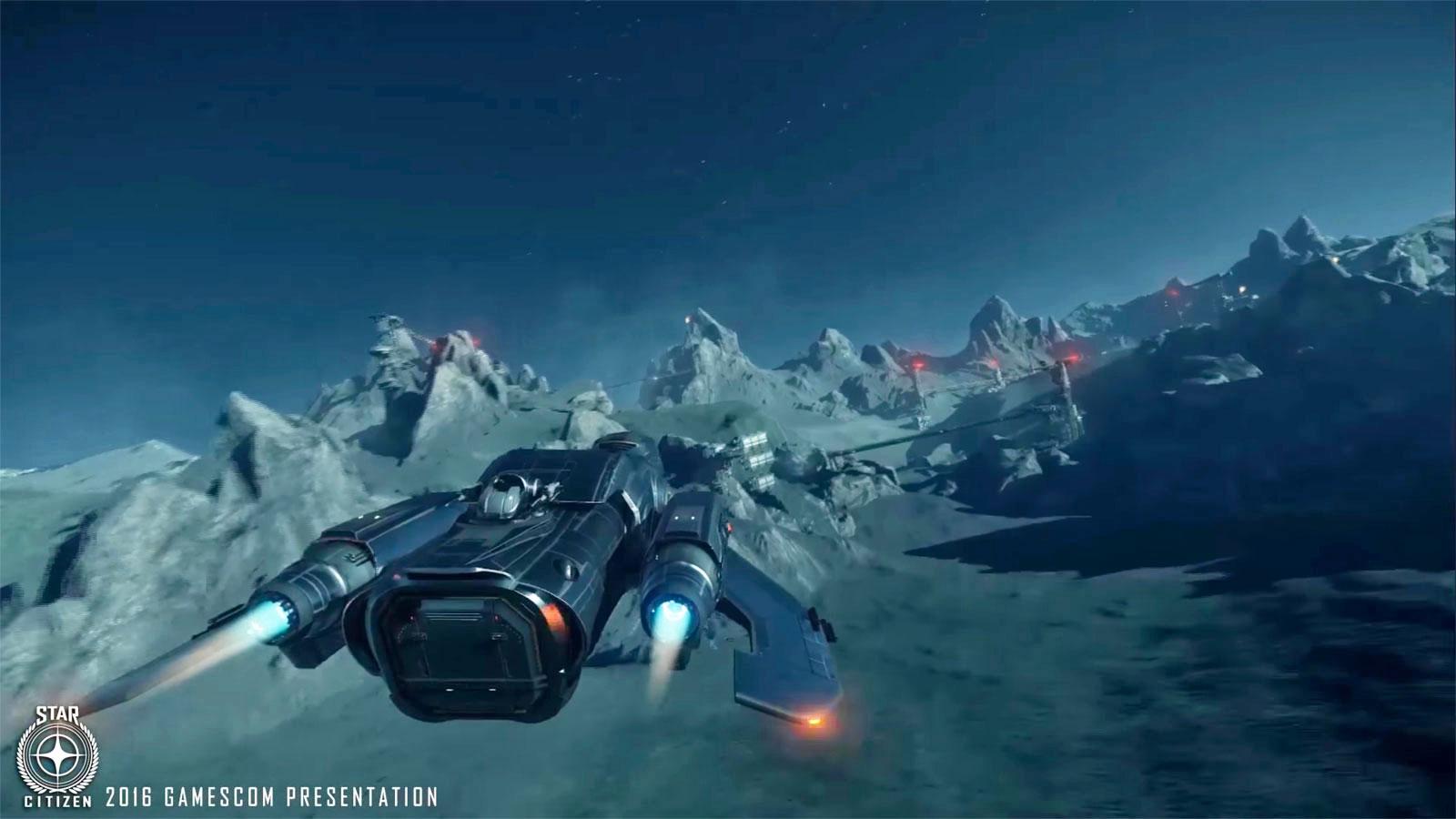 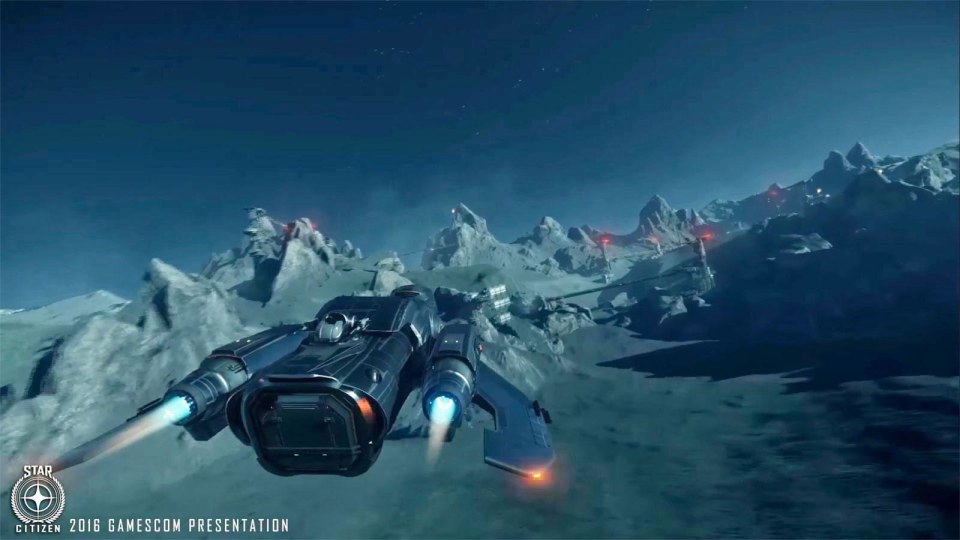 We won't blame you if you're skeptical that Star Citizen will ever be a finished, shipping title. Even now, it's not so much a game as a collection of modules: you can explore space and get into gun battles on foot, but not much more. However, Roberts Space Industries just gave an indication that things might be coming along. The studio has shown a 52-minute presentation at Gamescom that illustrates a truly cohesive (if still imperfect) experience coming with the 3.0 alpha. You can board your ship at a space station, fly between planets, pick up missions and touch down on strange new worlds without transitions. It's all modeled as one seamless universe.

The planets are noteworthy all by themselves. They're not only vast (the demo planet is over 1,240 miles in diameter), but detailed. You can see fellow players taking a base elevator from the comfort of your ship, if you're flying close enough. Planets even have distinct atmospheric properties, so a more aerodynamic spaceship may be more maneuverable. Think of it as No Man's Sky, only without the extreme procedural generation and more of an emphasis on civilization than wildlife.

There's still plenty left unfinished. A base in the demo doesn't have working shops, for example, and promises of people coming and going with their own schedules have yet to be fulfilled. You'll have to wait until closer to the end of 2016 to try the 3.0 alpha for yourself. However, what's shown here still feels much more like... well, a game. Star Citizen is still relying heavily on its "trust us, it'll be cool" hype to get by, but at least far enough into development that you can get an inkling of what the complete experience could be.

In this article: crowdfunding, games, gamescom, gamescom2016, gaming, personal computing, personalcomputing, robertsspaceindustries, starcitizen, video, videogames
All products recommended by Engadget are selected by our editorial team, independent of our parent company. Some of our stories include affiliate links. If you buy something through one of these links, we may earn an affiliate commission.