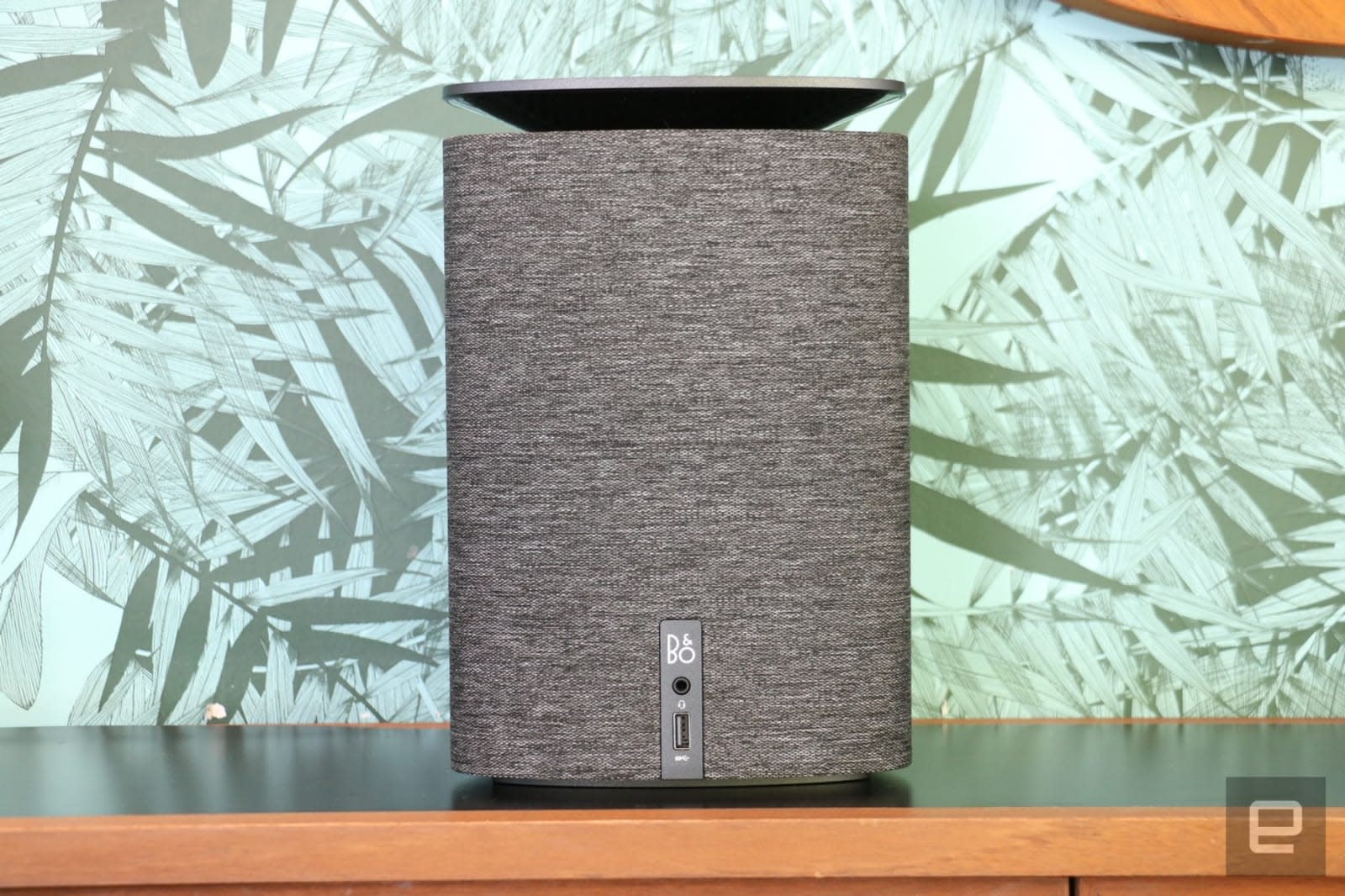 Is that a speaker? Or a router? Those are questions my colleague actually asked me when I showed him my photos of the HP Pavilion Wave. He was wrong on both counts, but it's easy to see why he was confused. The Pavilion Wave is a 10-inch tall desktop that will be available September 23rd at a starting price of $550, and from my brief experience with a preview version, it'll be a beautiful, adequate addition to a modern house. HP was able to squeeze a sixth-generation Intel chip, up to 16GB of RAM and up to 2TB hard drive (or 1TB solid state drive), into this compact tower thanks to a triangular, tri-chamber design. Inside the device are three separate zones that house the motherboard, a hard drive and thermals. These three chambers surround a speaker, which pumps out sound upwards. At the top of the tower is a parabolic reflector which then sends the music out in 360 degrees and also acts as a vent to let out heat.

The Pavilion Wave was designed around its audio system, and I enjoyed the crisp, round notes coming out of the speaker during our demo. It offers Bang & Olufsen Play tuning for enhanced sound in low, mid or high ranges.

Unlike other traditional desktop towers, or even HP's fancier gaming ones, the Pavilion Wave blends in with most home furniture. It's not small enough to be completely inconspicuous, but I appreciate its subtle, understated design. If you want to fully deck out your home office, the Wave is there for you, too. With three USB 3.0 ports and slots for USB 3.1 Type C, HDMI, DisplayPort, Gigabit ethernet and microphone/headphone, there are plenty of connectivity options. The PC will also support up to two 4K displays at once, and its onboard dual microphones make it ready to listen for your Cortana voice commands.

During our demo, the Pavilion Wave correctly heard a request for the weather, and Cortana returned the answer through the device's speaker. Although it has Bluetooth capability, the Wave can't be used as a standalone wireless speaker, but you can always play your music through the Windows 10 OS then shut off your monitor to get a similar experience. While it's easy to get a mini PC to replace your chunky desktop tower, those machines don't often provide satisfying power for intensive tasks. The Pavilion Wave, despite its familiar looks, could be a great option for those who need speedy performance in a pretty, relatively petite package.

In this article: gadgetry, gadgets, gear, home, hp, HpPavilion, HPPavilionWave, ifa, ifa2016, personal computing, personalcomputing
All products recommended by Engadget are selected by our editorial team, independent of our parent company. Some of our stories include affiliate links. If you buy something through one of these links, we may earn an affiliate commission.