German electronics firm Hama had been looking at self-balancing skateboards, better known as Hoverboards or Swagways, for about half a year. It wanted to get into the market and so bought every single device currently available to see how they worked. As the company's Thomas Bobinger described it, these low-cost devices "didn't fit with Hama's brand," probably because of how unsafe they were. The firm promptly washed its hands of the idea and moved on to other projects, until fate decided to intervene. It was a few months later, at the Hamburg toy fair, when Bobinger and colleagues heard a massive argument a few booths over. The culprits were a German startup producing homegrown "hoverboards" called WheelHeels and an irate hall monitor. The official was concerned at staff members zooming around the event on the devices and wanted to shut them down. Hama staffers were sufficiently intrigued to invite the startup's founders to a meeting.

Hama found that while the electronics weren't great, the algorithmic secret sauce and engineering principles were sound. The pair went into partnership, Hama revamping the electrical systems to ensure that they were safe enough to be the equal of its trusted, reputable brand. It designed a whole new battery system that, it claims, will be significantly less likely to overheat and catch fire.

The cells themselves are made by Panasonic and while those are made in Japan, the rest of the battery is manufactured in Germany. In order to reduce heat transfer, Hama built a basket that holds each cell individually, allowing cold air to pass between each cell and keep them cool. In addition, engineers built a new power-management system that should keep the cells well-balanced and shut them off should it detect overheating.

Hama's engineers also decided to add regenerative braking to the devices, returning power to the batteries if you coast downhill. In perfect conditions, the firm was able to squeeze 22km of travel out of a single charge, although that did require friction-free roads and plenty of downhill slopes. In the real world, the company believes that you'll get 18km out of the larger model and 15km out of its slightly smaller sibling.

The two models are almost exactly the same, with matching internals as well as the same battery and software. The only real difference is that one, the X Cruiser, comes with 10-inch air-inflated tires, while the S-Cruiser packs 6.5-inch solid wheels. The X is designed to be more of a long-distance model, while the S variant is more maneuverable for powered sports, acrobatics and general messing around. The former will retail for €599, while the latter is priced at €579, and both will be available in Europe towards the end of September. As for the US? Hama has no distribution network in the States, so it'll be up to plucky import fiends who want to test out the safety claims.

Given the popularity of self-balancing skateboards and their subsequent banning due to safety regulations, it's possible that the first safe model could corner the market. Then again, now that the devices have a reputation for being a fire risk, it may be hard to win over cynical buyers — wary parents who have heard the stories and don't want to burn their own homes down. It's a concern for Bobinger, who knows he has a lot of negative stereotypes to overcome if this product is going to be a success. He hopes, however, that as a German-made product, the trust that people put in BMW and Audi will trickle down to Hama as well.

In this article: Europe, Fire, gear, Hama, Hoverboard, IFA, IFA2016, Safe, SCruiser, SelfBalancingSkateboard, transportation, XCruiser
All products recommended by Engadget are selected by our editorial team, independent of our parent company. Some of our stories include affiliate links. If you buy something through one of these links, we may earn an affiliate commission. 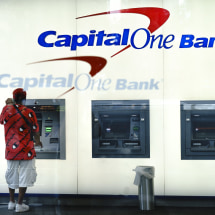