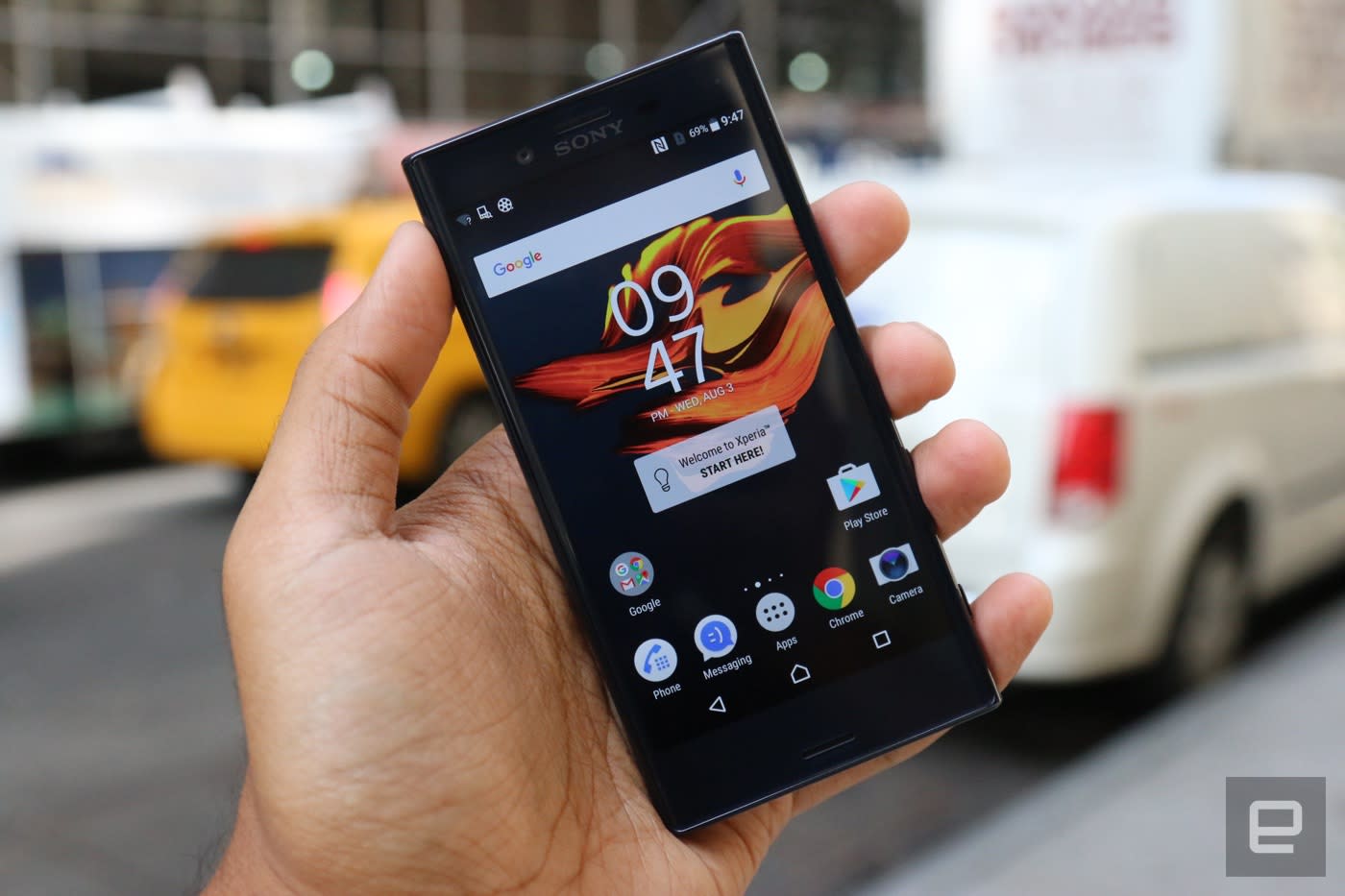 Right about now has to be the worst possible time for a new smartphone to launch, what with Apple announcing a pair of new iPhones and all. Nevertheless, Sony's Xperia X Compact is now available in the UK, just over a week after it debuted at this year's IFA tech show alongside the new flagship Xperia XZ. As is typically the case with Sony smartphones, not all carriers and resellers are sold on the device. However, the 4.6-inch handset is available for free or for a nominal upfront payment on sub-£30 per month contracts at O2, EE, giffgaff, Carphone Warehouse and Mobiles.co.uk.

Amazon, Unlocked Mobiles and Clove don't seem to be receiving stock until later this month; but, if it's an unlocked Xperia X Compact you're after, look no further than Carphone Warehouse, which will sell you one right now for £360 (almost £20 cheaper than anywhere else).

Apart from Apple's return to the 4-inch form factor with the iPhone SE, Sony remains one of the only companies making decent smaller-screened devices. They aren't severely downgraded models taking advantage of flagship branding either, though unlike last year's Xperia Z5 Compact, the Xperia X this new, smaller model is based on was a mid-range device to begin with.

Still, you're looking at a hexa-core Snapdragon 650 chip, 3GB of RAM and 32GB of expandable storage tucked away behind that 4.6-inch, 720p display. You also get the same 23-megapixel camera with laser autofocus that Sony has equipped the flagship Xperia XZ with. In short, it's definitely worth considering if you're into smaller screens.

In this article: gear, mobile, smartphone, sony, sonyxperiaxcompact, xperiaxcompact
All products recommended by Engadget are selected by our editorial team, independent of our parent company. Some of our stories include affiliate links. If you buy something through one of these links, we may earn an affiliate commission.