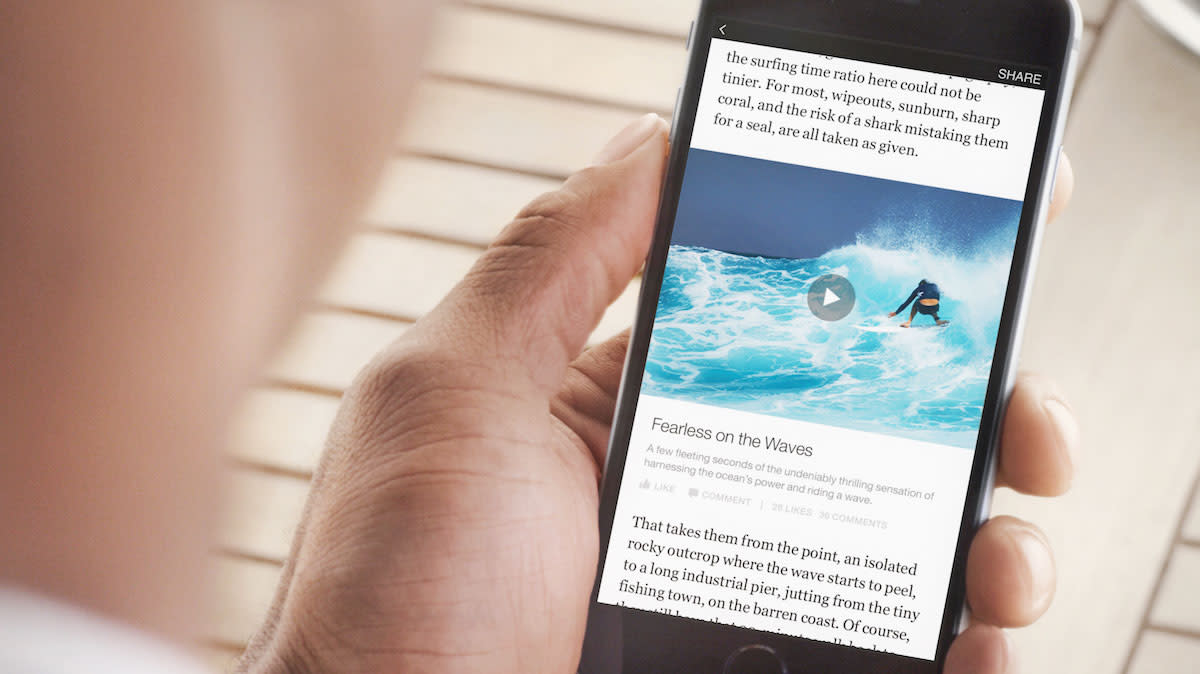 So here's a funny thing about Facebook videos: it turns out people actually weren't watching the ads on them nearly as much as the social network said. The Wall Street Journal reports that since it introduced video ads in 2014, the company miscalculated average viewing time because it didn't include views that lasted less than three seconds. An ad buying agency says it was told by Facebook that average time spent viewing was likely overestimated by 60 to 80 percent.

In a post on its advertising help center, a Facebook employee announced the discrepancy and explained the difference between how it defined the statistic, and how it was actually measured.

Video Average Watch Time: the total watch time for your video, divided by the total number of video plays. This includes plays that start automatically and on click. This will replace the Average Duration of Video Viewed metric.

Video Percentage Watched: reflects the percentage of your video somebody watches per session, averaged across all sessions of your video where the video auto-played or was clicked to play. This will replace the Average % Video Viewed metric.

As a user, this probably doesn't affect you much. But even though Facebook says the discrepancy didn't affect billing, advertisers who relied on the numbers and outlets (like Engadget) who posted video to the platform may have more questions. Bloomberg points out that Facebook is set to meet top advertisers next week during the Advertiser Week conference -- we probably haven't heard the last of this.
In this article: ads, business, culture, facebook, internet, stats, video
All products recommended by Engadget are selected by our editorial team, independent of our parent company. Some of our stories include affiliate links. If you buy something through one of these links, we may earn an affiliate commission.