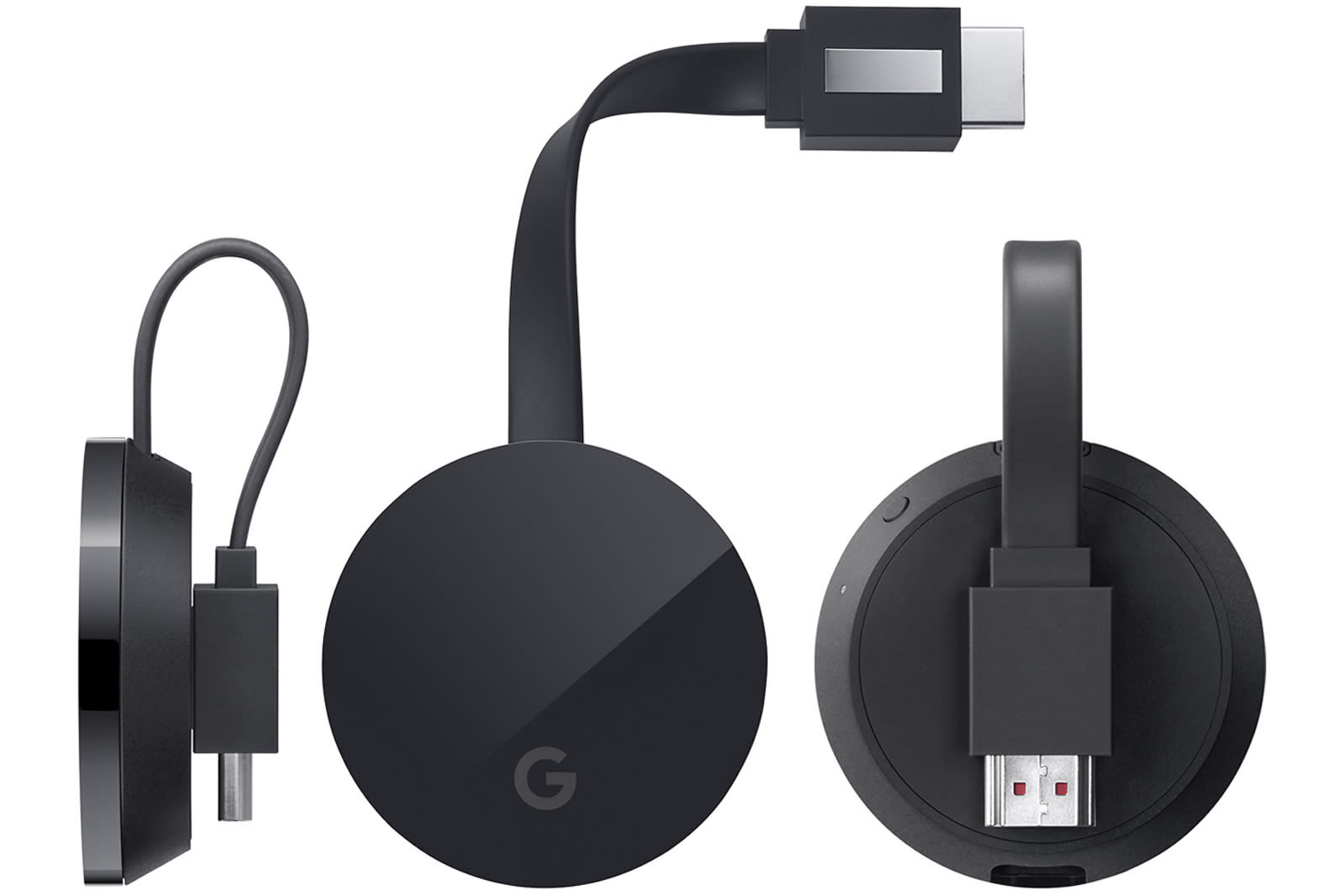 Those rumors of a 4K-capable Chromecast dongle just got more substantial. Evan Blass (who has a knack for accurate leaks) has posted an image of what he says is the Chromecast Ultra. The device itself isn't remarkable -- surprise, it's a puck with an HDMI cable attached. However, it might just say a lot about Google's plans. To start, its very existence corroborates talk that Google's October 4th event is about much more than new phones. And notice how it replaces the Chrome logo from earlier Chromecast models with Google's increasingly ubiquitous "G?" That lines up with the logo seen on the back of the company's leaked Pixel phones, as well as test versions of Chromecast firmware. Clearly, Google is aiming for more harmonious hardware branding.

There's not much known about what's inside the Chromecast Ultra, although previous rumors suggested that 4K-friendly hardware might be the only major selling point. You'd have to pay a premium for it, too. The Ultra will supposedly cost $69, or about twice as much as the regular model. That's chump change next to the cost of a nice 4K set, but it'd show that Google isn't tied to the notion of Chromecast as a low-cost streaming peripheral.

In this article: 4k, av, chromecast, chromecastultra, evleaks, gear, google, googlecast, internet, streaming
All products recommended by Engadget are selected by our editorial team, independent of our parent company. Some of our stories include affiliate links. If you buy something through one of these links, we may earn an affiliate commission.