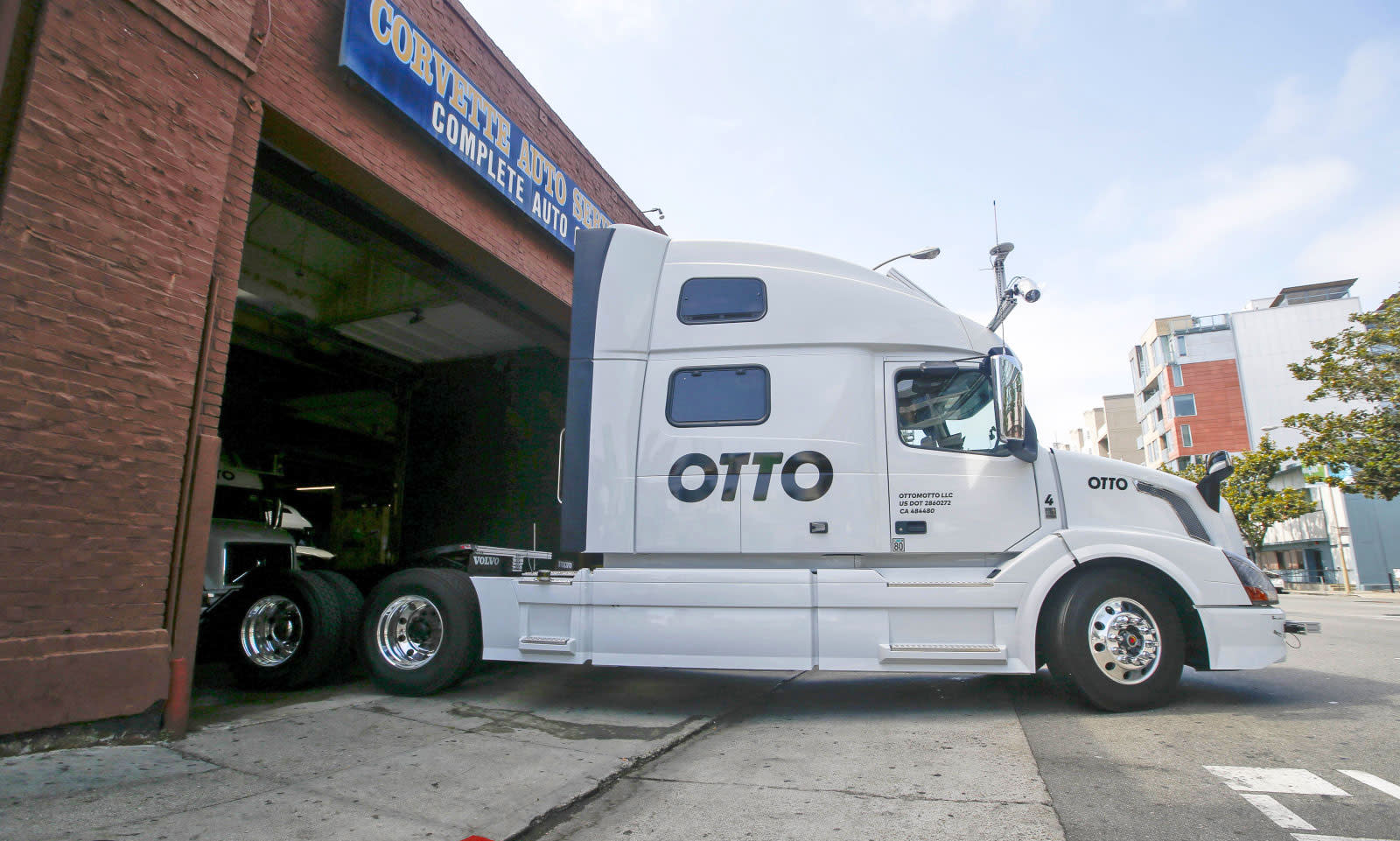 When Uber bought up Otto's self-driving truck platform, the initial reaction was to imagine a future fleet of autonomous trucks traveling coast to coast on America's interstates. According to a new report from Reuters, that reality is still years -- possibly decades -- away. In the short term, however, Uber plans to leverage the Otto purchase to build up its own freight business and make a name for itself as the go-to technology partner for the trucking industry.

"Uber has already started pitching services to shippers, truck fleets and independent drivers, and the services go well beyond Otto's initially stated goal of outfitting trucks with self-driving technology," Reuters reports. "It also plans to compete with the brokers who connect truck fleets and shippers."

CEO Travis Kalanick has long described Uber as a logistics company and the Otto partnership comes with additional navigation, mapping and tracking technology that will give Uber footing as it looks to build out a freight network connecting shippers and carriers. The company's UberEats food delivery and UberRush shipping service have already done the same thing on the city-level and, according to Otto co-founder Lior Ron, the new goal is about "building that long-haul piece."

Whereas an Uber might take three minutes to show up at your door, Ron explained, "the golden standard [in freight] is that it takes (the broker) five hours of phone calls to find your truck. That's how efficient the industry is today." Although Otto already employees a handful of truckers to help test the self-driving technology, the company will reportedly start moving real shipments "fairly soon" and Otto's next goal is to build relationships with independent truckers, much as it did with taxi and delivery drivers -- for better or for worse.

In this article: culture, freight, liorron, otto, robots, services, transportation, TravisKalanick, trucking, uber
All products recommended by Engadget are selected by our editorial team, independent of our parent company. Some of our stories include affiliate links. If you buy something through one of these links, we may earn an affiliate commission.