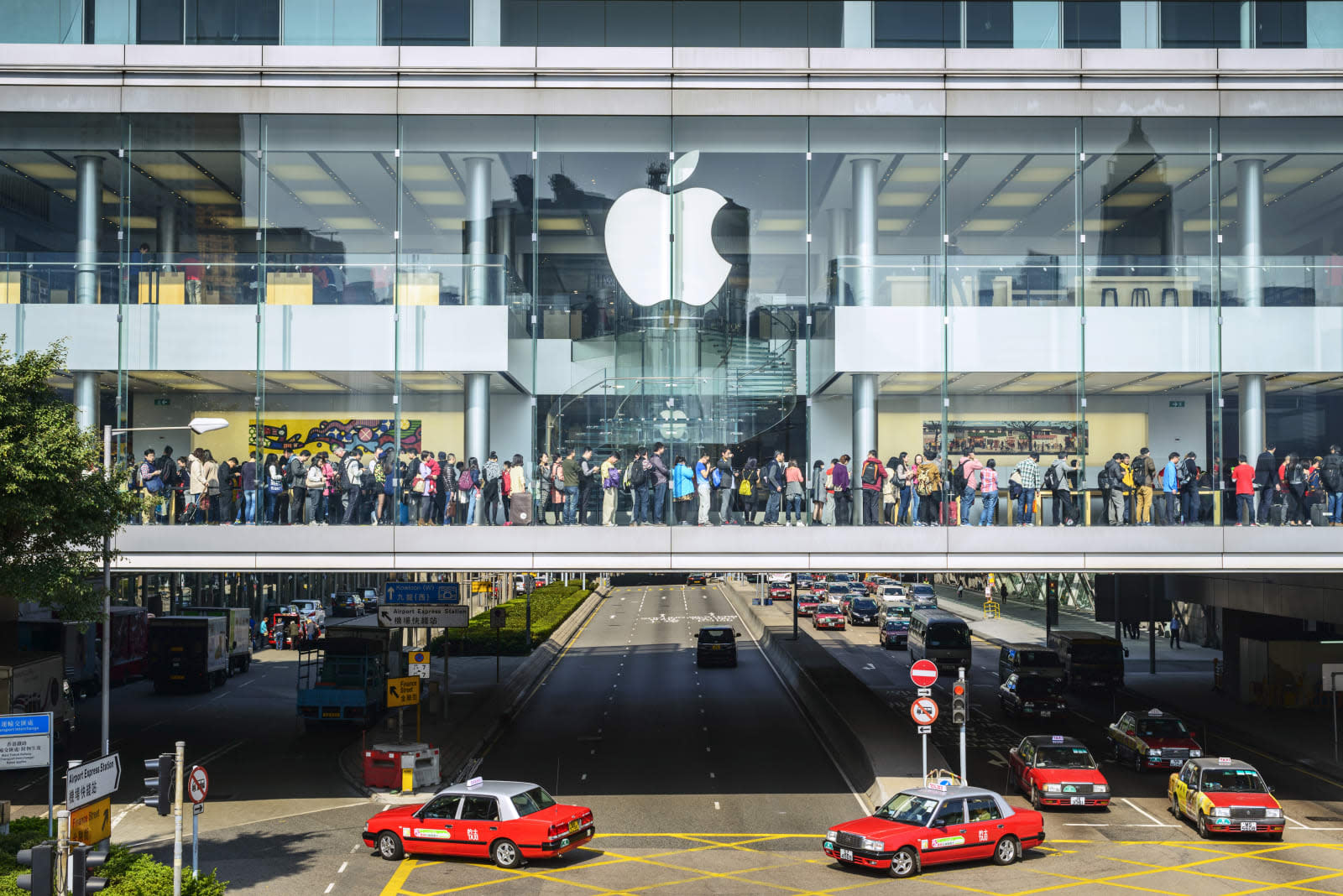 Apple needs China a little more than China needs Apple, which is why the company is bending over backwards to show some love to the Middle Kingdom. VentureBeat is reporting that the iPhone maker will open a research and development center in Shenzen, the Silicon Valley of Hardware. The site quotes Apple spokesperson Josh Rosenstock saying that the facility will help Apple's engineers work "even more closely and collaboratively with our manufacturing partners." Given that Shenzen is home to Foxconn City, the site where several Apple products are assembled, it makes sense that Apple would push for an official presence in the region.

The site quotes local news sources as saying that Tim Cook held a meeting with Shenzen officials while at a Chinese innovation event, and was joined by Foxconn chief Terry Gou. It's not the first time that Apple has pledged to build facilities in the country this year, with Cook pledging cash for a research and development building in Beijing back in August. That project is designed to increase cooperation with a country that's been increasingly wary of Apple's presence.

China very quickly became a key driver of iPhone growth for Apple, but as the smartphone market has stalled, those figures have begun to droop. The firm wants to demonstrate that it's in for the long haul, however, and is using its financial muscle to put down roots in the country to assuage twitchy regulators. As well as pledging to build two facilities, the company pumped $1 billion into Uber-rival Didi Chuxing (which subsequently merged with its frenemy). That sort of cash should go some way in easing the fears of officials who want to protect local companies, which is one of the reasons China banned the iTunes Movie and iBooks stores earlier this year.

In this article: apple, Building, China, culture, Foxconn, gear, HonHai, Investment, Jobs, mobile, politics, Shenzen, TerryGou
All products recommended by Engadget are selected by our editorial team, independent of our parent company. Some of our stories include affiliate links. If you buy something through one of these links, we may earn an affiliate commission.