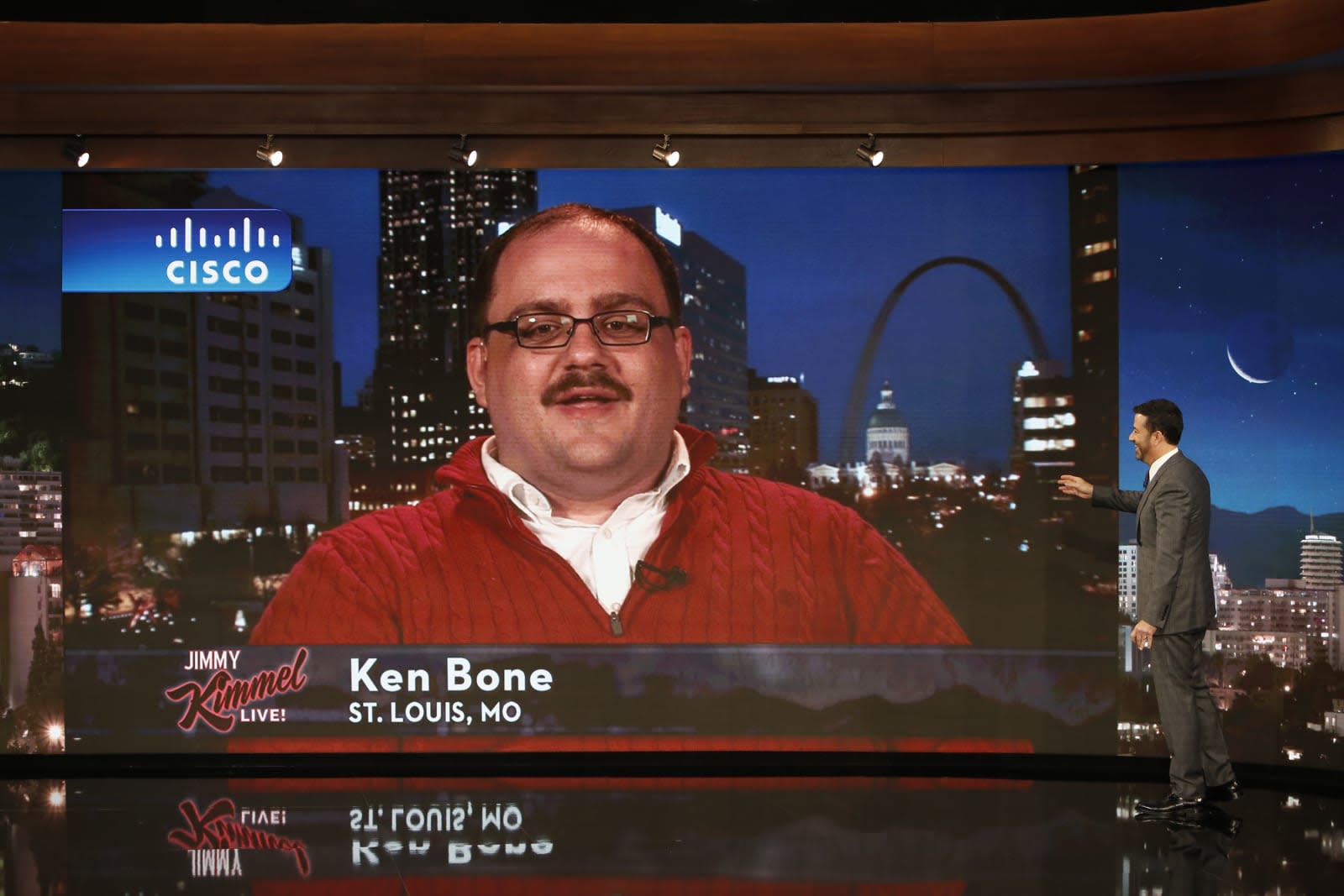 Ken Bone's overnight fame looks to have already soured. As VICE reports, Bone's tweet for the UBERSelect service in St. Louis, where last Sunday's presidential debate was held, did not include any indication that the message was sponsored. This is a big no-no with the Federal Trade Commission -- just ask Kim Kardashian.

Everyone wants to know if I've decided... and I have. uberSELECT helps you ride in style like me https://t.co/HyOS8z9SRd

The FTC has become increasingly stringent with its regulation of marketing and advertising on social media in recent months, and has clear rules on the matter. "The FTC isn't mandating the specific wording of disclosures," the FTC guidelines read. However, the commission goes on to suggest using "Sponsored," "Promotion," "Paid Ad" or just "#ad" are all acceptable notifiers which all take up less than 1/14th of the tweet's total space.

What both companies and their endorsers need to do, lawyer William I Rothbard told Engadget, is "be aware of and comply with the FTC's endorsement guidelines." These guidelines demand the disclosure of "material connections" between the parties. "If Mr. Bone was compensated in some way by Uber," Rothbard continued, "and there wasn't a disclosure of that material connection, those tweets would be in violation of the FTC guidelines."

And while there isn't a fine, per se, for this sort of infraction, the FTC can empower law enforcement to confiscate any monies paid by Uber to Bone for his endorsement, though the FTC rarely actually pursued such action in the past, according to Rothbard. Plus, as VICE discovered, Bone was not paid in cash, but rather Uber credits. And this is why celebrities, even flash-in-the-pan amateurs like Bone, need to do their due diligence before trying to capitalize on their instant fame.

Update: The original tweet has now been deleted, then quote tweeted with one featuring the FTC's recommended hashtag. Of course, since the tweet is deleted, that means it really doesn't show up at all now, but we're sure Ken is still figuring these things out.

#ad didn't know I had to do that. Sorry folks. https://t.co/Kyit9TbgWV

In this article: culture, Federal Trade Commission, FTC, internet, KenBone, Kim Kardashian, KimKardashian, Tweet, Twitter
All products recommended by Engadget are selected by our editorial team, independent of our parent company. Some of our stories include affiliate links. If you buy something through one of these links, we may earn an affiliate commission.