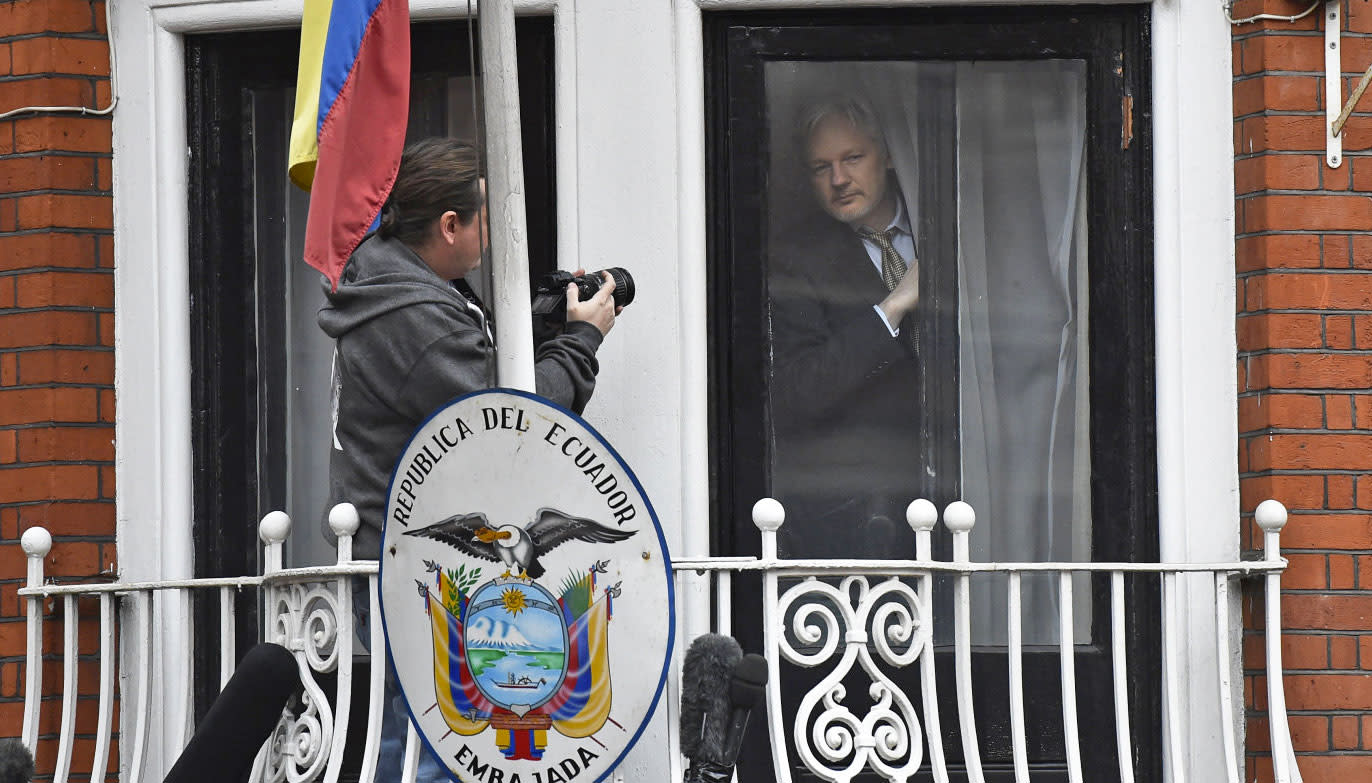 Last night Wikileaks confirmed Ecuador -- whose London embassy its founder has been holed up in since June 2012 -- was responsible for cutting off Julian Assange's internet access. Now the Ecuadorean government has explained why it changed the WiFi password, claiming it's due to Wikileaks releasing documents meant to interfere with the US presidential election. Specifically, its statement says "The Government of Ecuador respects the principle of non-intervention in the internal affairs of other states." As such, it has "exercised its sovereign right to temporarily restrict access to some of its private communications network."

While the asylum it has granted Assange remains in effect, enabling him to participate in these releases via its embassy's network was apparently too much. Wikileaks said last night that it has "activated the appropriate contingency plans" and released another batch of emails from the account of John Podesta, Hillary Clinton's campaign chairman.

BREAKING: Ecuador admits it cut off Assange's internet due to his use of it to interfere in the U.S. election. pic.twitter.com/VNJ6sdHhHj

In this article: 2016Election, culture, Ecuador, internet, JohnPodesta, JulianAssange, politics, Wikileaks
All products recommended by Engadget are selected by our editorial team, independent of our parent company. Some of our stories include affiliate links. If you buy something through one of these links, we may earn an affiliate commission.