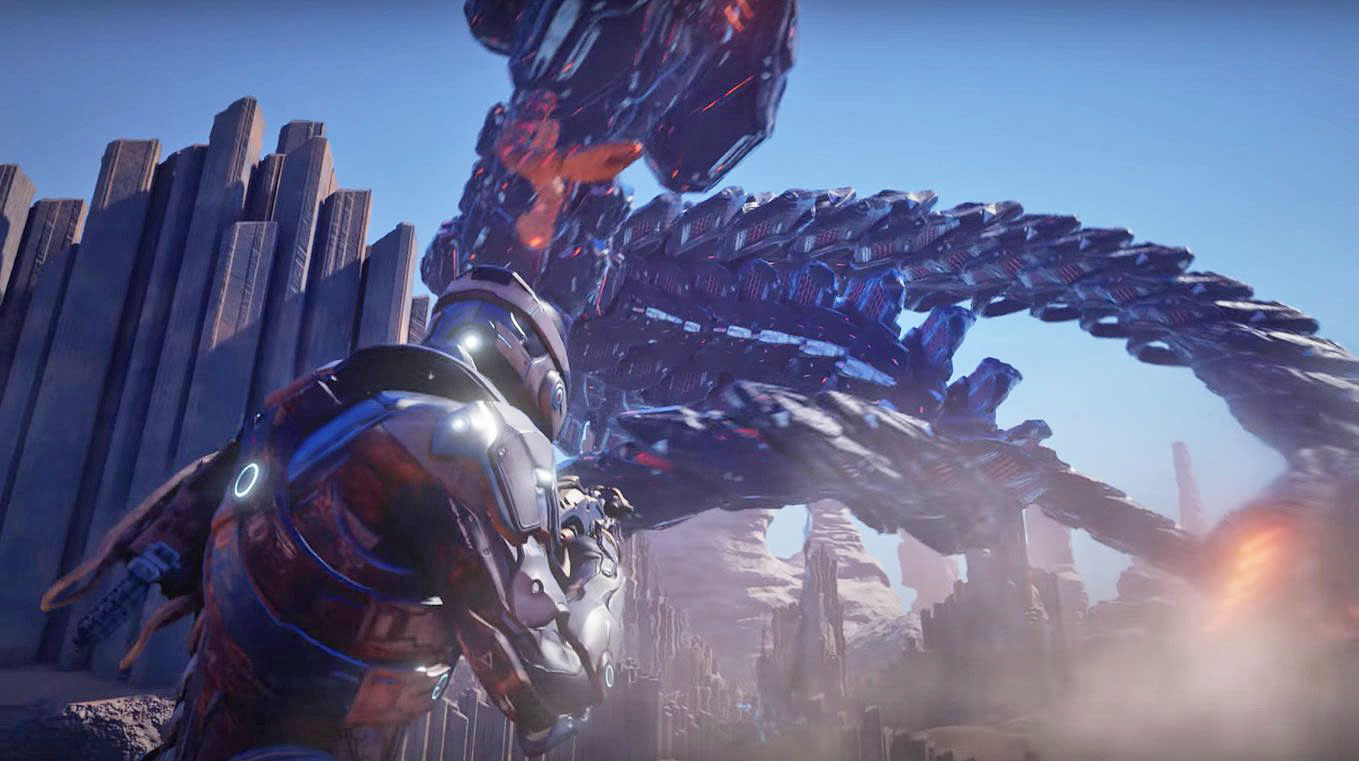 Kick off this N7 Day (an unofficial Mass Effect holiday for November 7th) with a close look at BioWare's long-awaited Mass Effect:Andromeda. The game's cinematic trailer shows off many of the things we'd expect: space exploration, shootouts and an ominous sounding villain. We also get our closest look yet at the male main character, Ryder. He's one of two twins you'll be able to control; Bioware notably showed off the female Ryder sibling first at E3.

While the trailer itself is a mix of pre-rendered and in-game graphics, the company also revealed that we'll be getting more gameplay footage at The Game Awards on December 1st. Mass Effect: Andromeda will be released sometime in the spring of next year. Previously, BioWare said that it would be coming in early 2017, following a delay from late this year.

"Take the role of the Pathfinder, leading humanity's search for a new home in this unexplored and unforgiving region of space," BioWare wrote today. "You'll chart your own course, navigating the Andromeda galaxy to unravel its mysteries, discover vivid alien worlds, and lead the charge to find the human race a new home among the stars."

Update: If today's new trailer and timeline info got you excited to replay the original games, know that the multi-disc Mass Effect 2 and 3 are joining the first game as backwards compatible titles on Xbox One. Now there's no real excuse to not finish your renegade FemShep run.

In this article: art, av, Bioware, entertainment, gaming, MassEffectAndromeda, trailers
All products recommended by Engadget are selected by our editorial team, independent of our parent company. Some of our stories include affiliate links. If you buy something through one of these links, we may earn an affiliate commission.