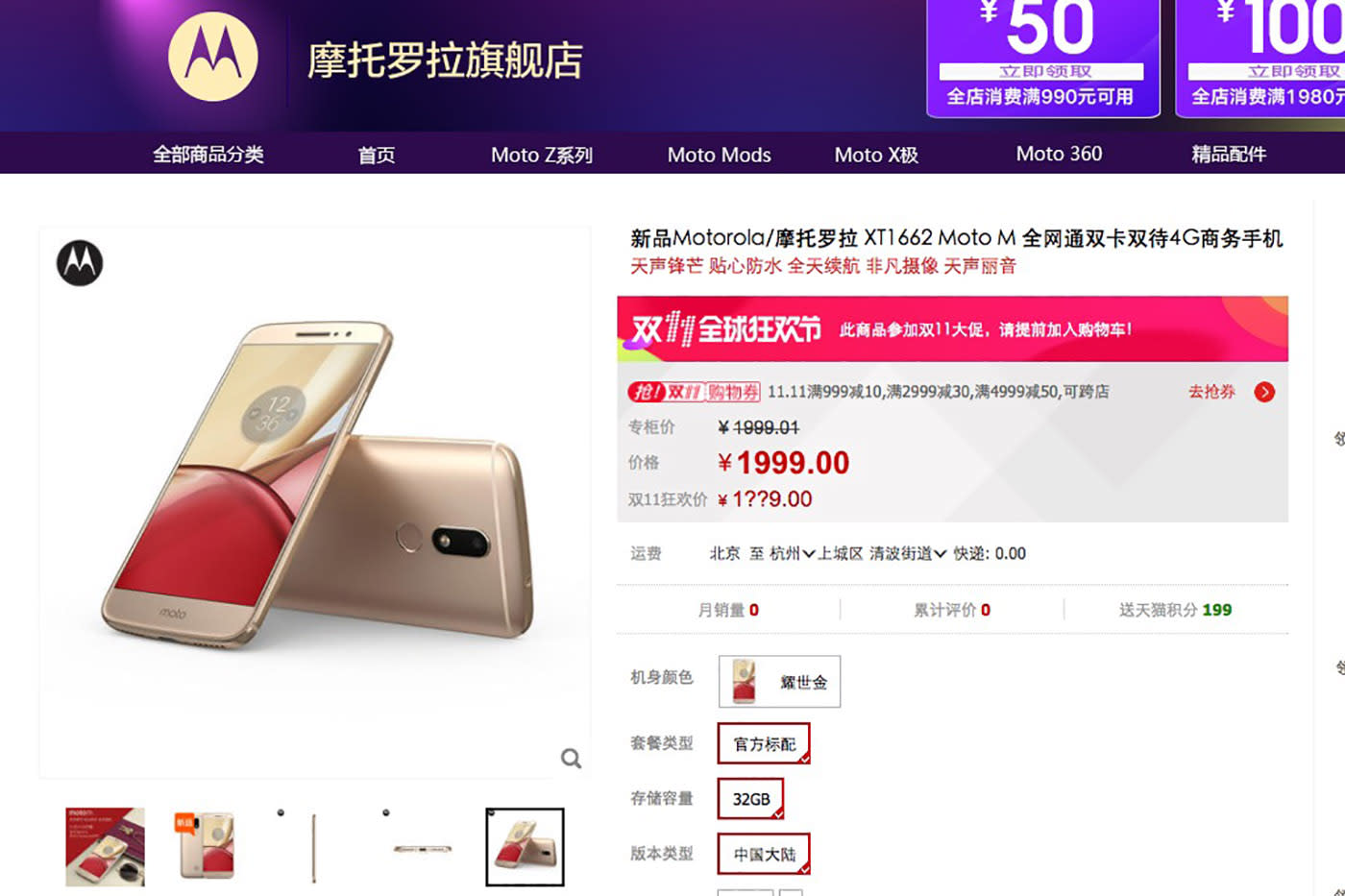 Motorola has just launched the 5.5-inch mid-range Moto M by way of its listing on Tmall (China's equivalent of Amazon). The Moto lineup always garners a lot of interest, thanks to previous stellar models like the Moto G and Moto X Pure Edition. However, the latest model is a bit disappointing. It does have a splash-proof metal unibody and brand new rear fingerprint sensor, but at $295, it's specifications are wanting next to rival devices.

The device doesn't pack a massive 5,100 mAh battery as had been rumored, but that was a rather doubtful claim. And the 4GB of RAM, 16-megapixel rear camera and P2i hydrophobic coating are nice, but the eight-core MediaTek Helio P15 processor seems weirdly out of place on a Motorola device. Other specs, at least on the China version, include a 1080p screen, dual SIMs, 32GB of storage and Dolby Atmos sound.

The specs aren't bad overall, but the device has serious competition now, especially in China. For the same price, you can get the Xiaomi Mi 5s, for instance, which comes with the latest Snapdragon 821 CPU and a front, ultrasonic fingerprint sensor. Perhaps the Moto M will have a better chance outside of China.

In this article: 1080p, eight-core, gear, HelioP15, lenovo, MediaTek, mobile, MotoM, Motorola, Smartphone
All products recommended by Engadget are selected by our editorial team, independent of our parent company. Some of our stories include affiliate links. If you buy something through one of these links, we may earn an affiliate commission.