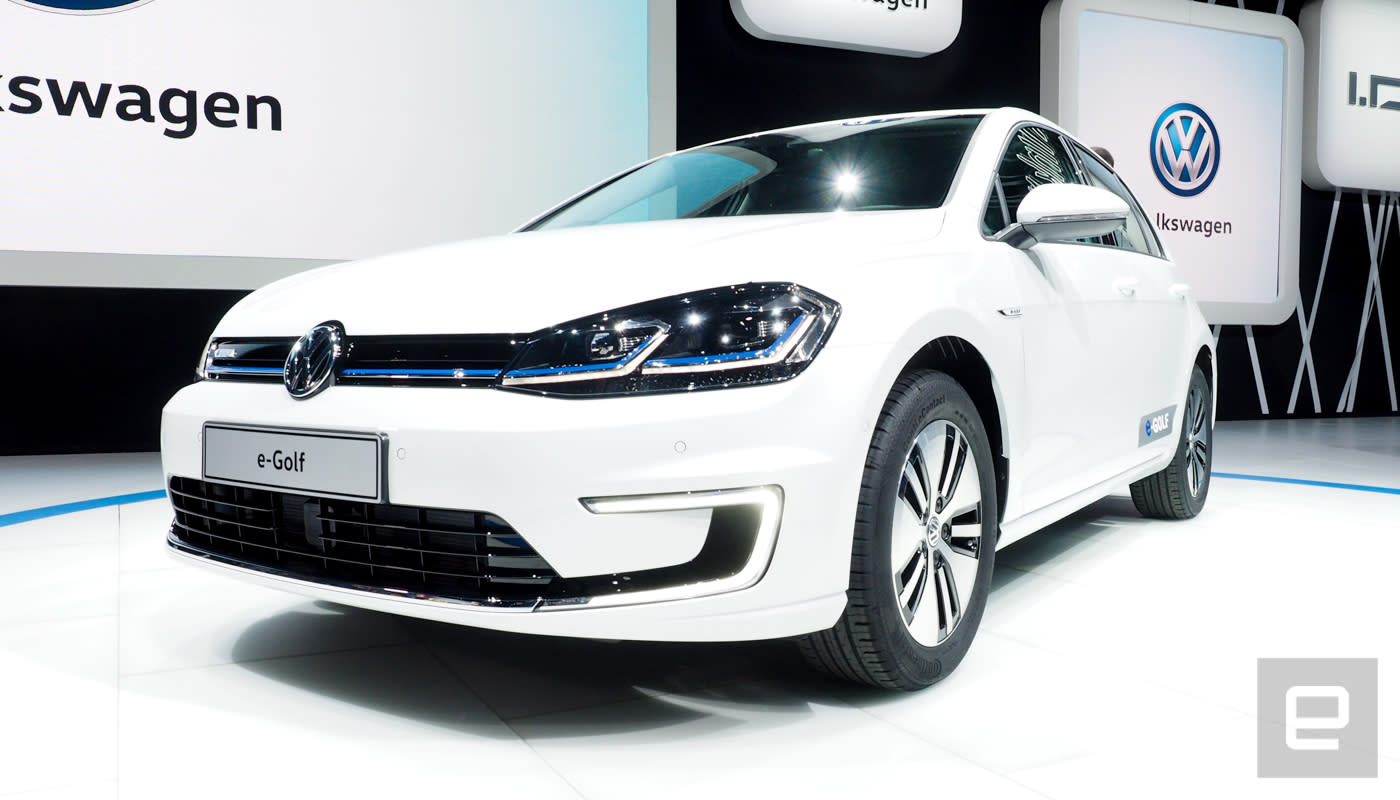 Volkswagen introduced its new e-Golf at the LA Auto Show last week and today the automaker announced more plans for its electric vehicles in North America. As part of its plan for the next decade, the company wants to "evolve from a niche supplier into a relevant and profitable volume producer." Part of that strategy includes building EVs in North America beginning in 2021.

Setting up shop in North America is the second part of a two-stage plan for production on the continent. Volkswagen's brand Board of Management Chairman Dr. Herbert Diess explains that the company "will be making considerable investments in electric infrastructure" there. Diess also says that Volkswagen will "step up activities" in the US, mostly focusing on large SUVs and limousines.

At the Paris Auto Show in September, Volkswagen previewed its next-gen I.D. EV concept platform. With I.D., the automaker says it will eventually roll out 20 different models based on its so-called Modular Electric Drive Kit. Back at CES, the company showed off its BUDD-e concept that brought its iconic vans into the 21st century as an EV via the modular platform. The first I.D. vehicle is expected to arrive in 2020 with a 125 kW motor and a range of between 250 and 370 miles. Those EVs slated to be made in North America during the next decade will feature Volkswagen's modular tech.

The company has already announced plans to reinvent itself as an EV outfit in the aftermath of its massive diesel emissions scandal. As part of the restructuring, the automaker will cut up to 30,000 jobs. Volkswagen says the goal is is to produce 25 percent more vehicles than it currently does by 2025 with fewer employees. And it wants to sell three million EVs by then, too.

In this article: cars, ev, evs, gear, manufacturing, northamerica, transportation, us, volkswagen
All products recommended by Engadget are selected by our editorial team, independent of our parent company. Some of our stories include affiliate links. If you buy something through one of these links, we may earn an affiliate commission.