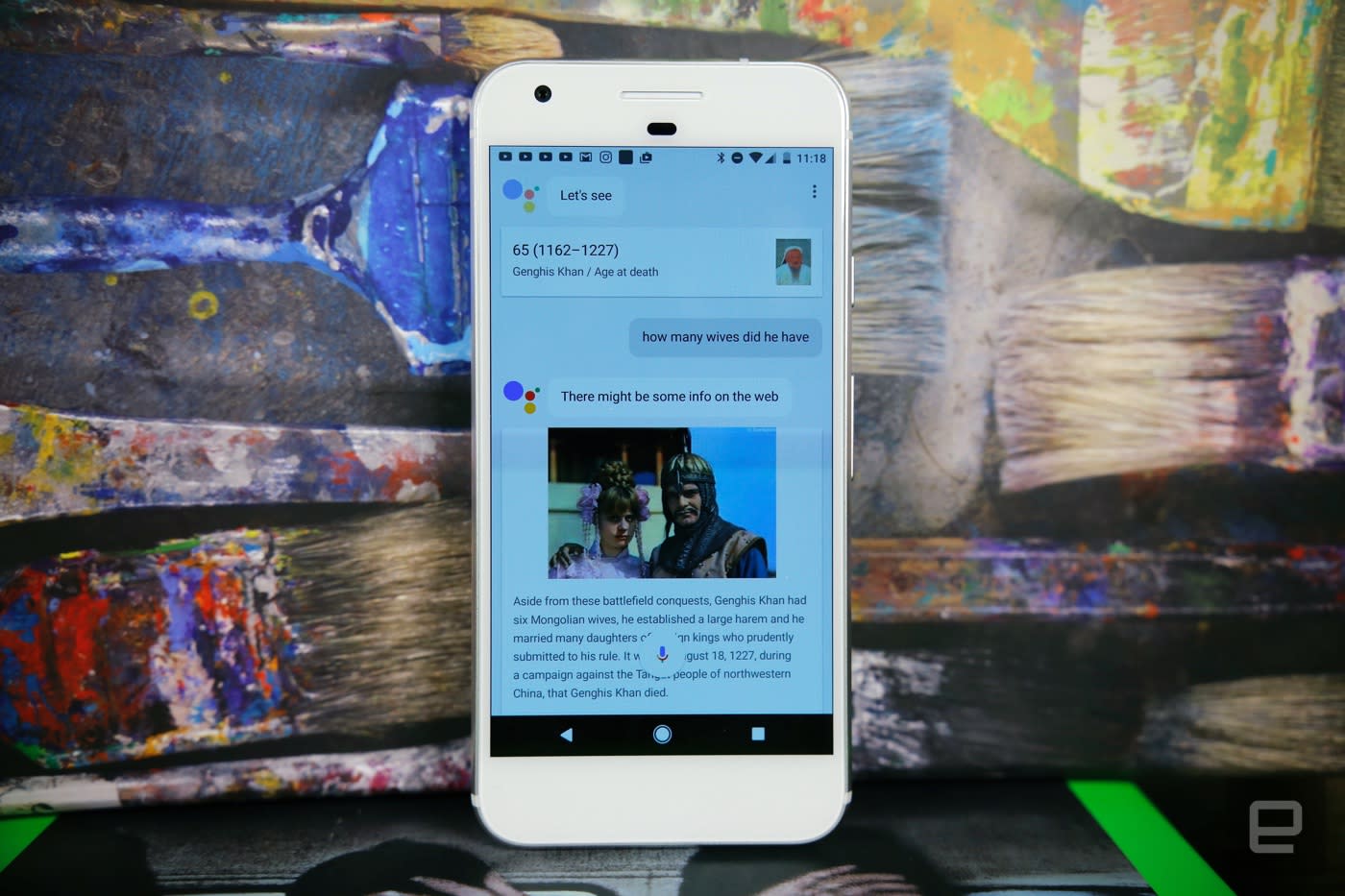 Google's excellent Pixel phones launched with Android 7.1, a minor update to Nougat that nevertheless included a few handy features. Now, Google has announced that Android 7.1.1 has started rolling out to other Android phones and provide a lot of those features to more users. Specifically, the Nexus 6, Nexus 5X, Nexus 6P, Nexus 9, Pixel, Pixel XL, Nexus Player, Pixel C and General Mobile 4G (Android One) will all start getting the latest version of Android soon.

As for what you can find from a feature perspective, Google has added support for its "image keyboard" that lets you easily find and send pictures and GIFs without leaving your messaging app of choice. Google says it'll work inside of Hangouts, Allo, and the default Messaging app. Ironically enough, the feature has been available in the Gboard iOS keyboard that Google launched in the spring, but it's good to see it coming to more Android phones now.

Android 7.1.1 also includes Google's latest set of more diverse emoji, specifically focused on showing a "wider range of professions" for women. And it also contains the excellent app shortcut feature that originally launched on the Pixel -- if you press and hold on an app's icon, a sub-menu of shortcuts will show up. You'll be able to quickly send a message to a specific contact or navigate to a saved location using these shortcuts, for example. They're very much like the "force touch" shortcuts found on the iPhone, but that doesn't make them any less useful.

As usual with Android rollouts, this won't hit all phones at once. Google says it'll become available "over the next several weeks." But if you don't want to wait, you can enroll your device in the Android Beta preview program and receive the update much quicker.

In this article: android7.1.1, androidnougat, androidupdate, emoji, gear, google, mobile
All products recommended by Engadget are selected by our editorial team, independent of our parent company. Some of our stories include affiliate links. If you buy something through one of these links, we may earn an affiliate commission.