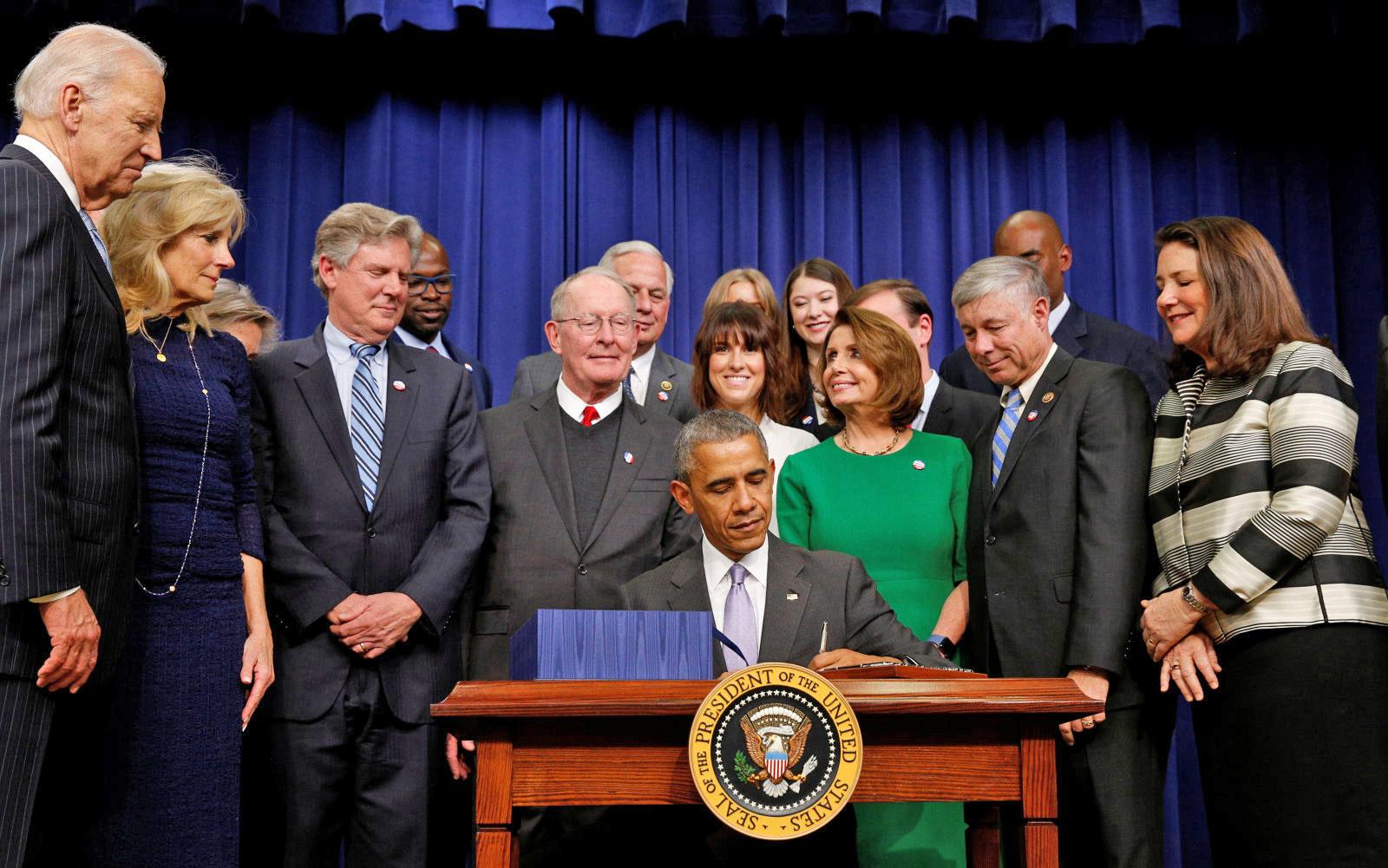 Several months after President Obama laid out his plans to cure cancer in his last State of the Union address, he is signing legislation to do just that. Known as the 21st Century Cures Act, the bill will invest $1.8 billion in a Cancer Moonshot Task Force led by Vice President Joe Biden that aims to achieve a decade's worth of research in just five years. In so doing, the team hopes to ramp up science and technological progress to the point where a cure for cancer can be found.

"We are bringing to reality the possibility of new breakthroughs to some of the biggest health challenges of our time," said Obama in a ceremony today. "We're tackling cancer, brain disease, substance abuse disorders and more, and none of this would have been possible without bipartisan cooperation from both houses of Congress."

In this article: bill, cancer, joebiden, medicine, moonshot, obama, politics, science
All products recommended by Engadget are selected by our editorial team, independent of our parent company. Some of our stories include affiliate links. If you buy something through one of these links, we may earn an affiliate commission.