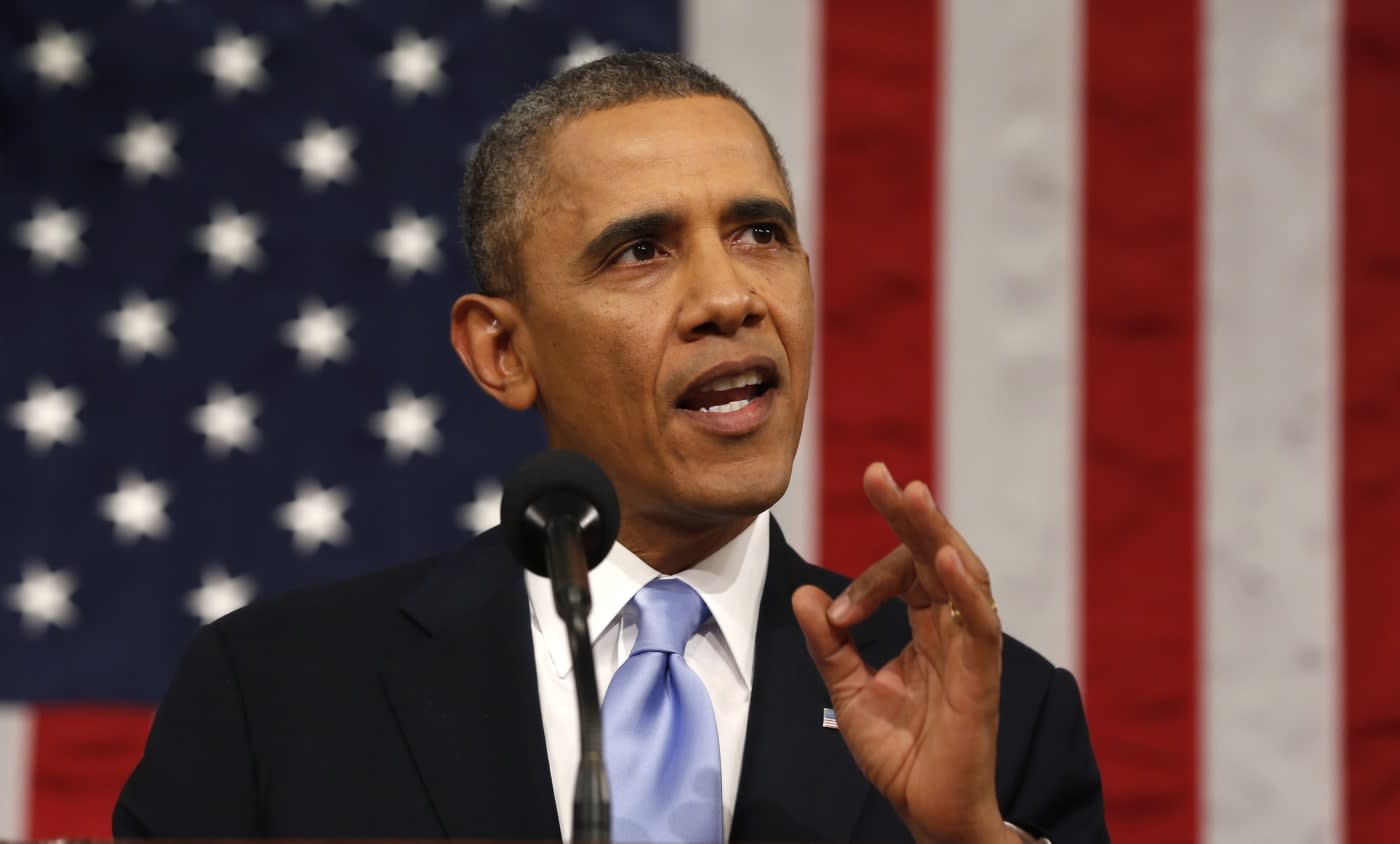 President Obama gave his final State of the Union address on Tuesday. In it, he discussed how far the country has come over the last year and where he sees it going in the future. But beyond the expected talk of a rebuilt, stronger economy, soaring high school graduation rates and new civil liberties, he laid out a bold plan to, as he puts it, make "technology work for us, and not against us."

"Sixty years ago, when the Russians beat us into space, we didn't deny Sputnik was up there. We didn't argue about the science, or shrink our research and development budget," the President stated. "We built a space program almost overnight, and twelve years later, we were walking on the moon."

After the chamber's applause died down, the President launched into his first proposal: curing cancer. Seriously. "We've protected an open internet, and taken bold new steps to get more students and low-income Americans online," Obama said. "We've launched next-generation manufacturing hubs, and online tools that give an entrepreneur everything he or she needs to start a business in a single day."

But we can do so much more. Last year, Vice President Biden said that with a new moonshot, America can cure cancer. Last month, he worked with this Congress to give scientists at the National Institutes of Health the strongest resources they've had in over a decade. Tonight, I'm announcing a new national effort to get it done. And because he's gone to the mat for all of us, on so many issues over the past forty years, I'm putting Joe in charge of Mission Control. For the loved ones we've all lost, for the family we can still save, let's make America the country that cures cancer once and for all.

Could this be the greenlight that CRISPR-9 and gene editing technology have been waiting for?

Next, the President launched into his vision for accelerating the nation's green energy revolution. "On rooftops from Arizona to New York, solar is saving Americans tens of millions of dollars a year on their energy bills, and employs more Americans than coal -- in jobs that pay better than average," the President said. "Meanwhile, we've cut our imports of foreign oil by nearly sixty percent, and cut carbon pollution more than any other country on Earth."

To that end, the President vowed to change the way that the US manages its oil and coal resources, so as to "better reflect the costs they impose on taxpayers and our planet." Doing so, he argued will add tens of thousands jobs while funding the construction of a "21st century transportation system." Additionally, he called for Congress to fund efforts to eradicate HIV/AIDS and Malaria in the developing nations that have been hardest hit by these diseases.

He repeatedly admitted that none of these goals could be achieved overnight and that he'd need a level of cooperation with Congress that hasn't been seen in Washington for a long time. But with such lofty aspirations, one can only hope that they manage.

In this article: Barack, BarakObama, cancer, CRISPR, culture, cure, disease, GeneEditing, health, JoeBiden, Malaria, medicine, New York, NIH, politics, POTUS, SOTU, stateoftheunionaddress, technology, timeline16genedit, USA
All products recommended by Engadget are selected by our editorial team, independent of our parent company. Some of our stories include affiliate links. If you buy something through one of these links, we may earn an affiliate commission.