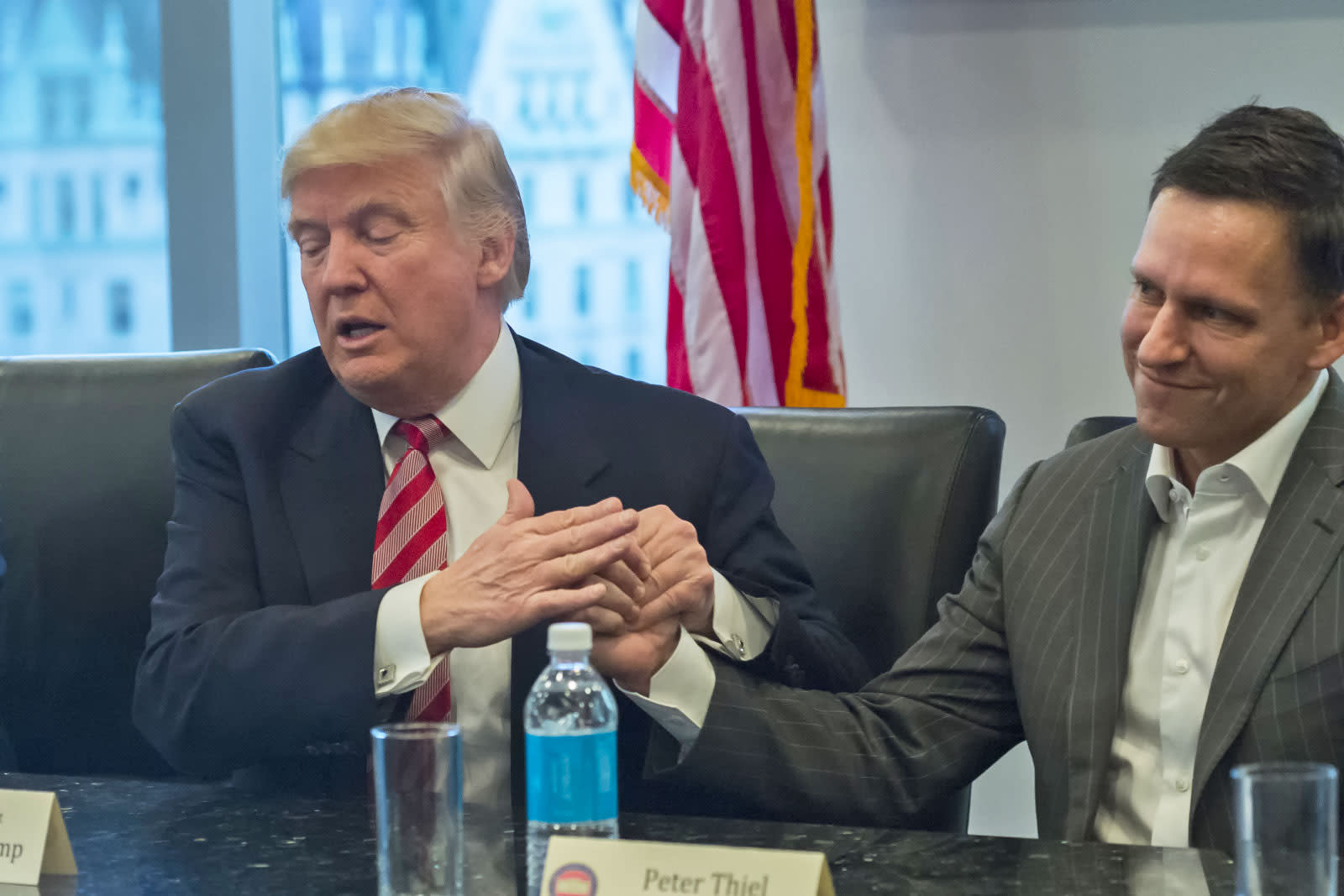 Peter Thiel is using his position in Trump's transition team to make sure commercial space grows even further under the new administration. A few weeks ago, the President-Elect named the first members of NASA's "landing team," who all seemed to favor a space agency that builds its own spacecraft and rockets with legacy government contractors like Boeing and Lockheed Martin. According to The Wall Street Journal, though, Thiel "argued forcefully" for private space companies' place in Trump's NASA, essentially acting as the spokesperson for SpaceX's Elon Musk and Blue Origin's Jeff Bezos who share his concerns.

Thiel's efforts (with help from Newt Gingrich and former Republican Congressman Robert Walker) didn't go to waste: ex-NASA official Charles Miller, a proponent of commercial space, has just been given a seat in Trump's landing team. WSJ says the incoming administration is also expected to bring in other pro-private space personnel. The names floating around include Alan Lindenmoyer, the former chief of NASA's commercial space taxi program, and Alan Stern, head of the New Horizons mission and chairman of the Commercial Spaceflight Federation.

That said, not everyone's happy with this development. The government's legacy contractors are reportedly accusing Thiel and Musk of pushing for commercial space for their own financial gain. Thiel, one of Musk's PayPal co-founders, was one of SpaceX's earliest investors. WSJ clarifies that this landing team won't exactly be in charge of running NASA under the Trump administration, so it could still go either way. However, they can exert their influence, help recruit like-minded personnel and even stay on to make decisions for the space agency.

In this article: blueorigin, commercialspace, nasa, peterthiel, science, space, spacex
All products recommended by Engadget are selected by our editorial team, independent of our parent company. Some of our stories include affiliate links. If you buy something through one of these links, we may earn an affiliate commission.